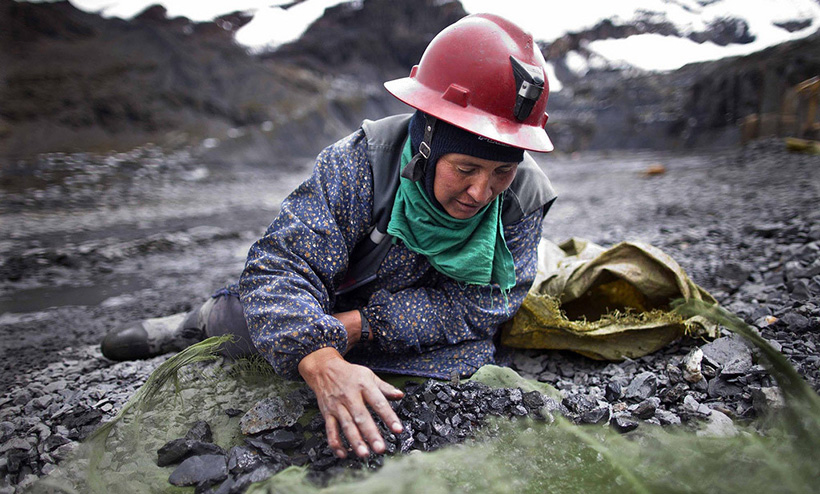 It is only in adventure novels that the profession of a gold digger is shrouded in a romantic flair. The inhabitants of La Rinconada know firsthand what difficulties and hardships have to be overcomed for the sake of one golden crumb. But, despite the unbearable working conditions, the population of this Peruvian city in just ten years, increased by as much as 235 percent. The blame is the gold rush, which drives everyone to the highest mountain city in the world to improve their financial situation. 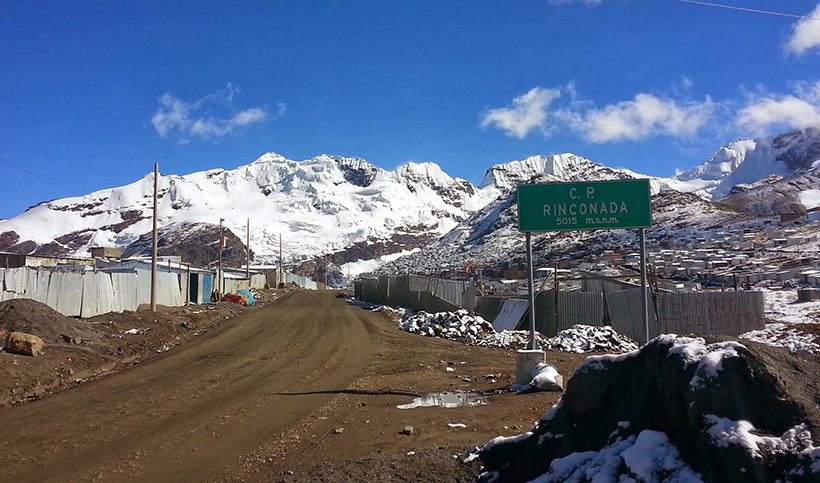 For the time being, the inhabitants of La Rinconada had one reason for pride – they lived at an altitude of 5100 meters above sea level. Due to this circumstance, the village fell into the Guinness Book of Records as the highest mountain settlement on Earth. In this regard, it has no rivals. The place is located near the devil in small buns – in the Peruvian Andes, not far from the border with Bolivia.

You can get there by the only dangerous, winding and steep road, which takes more than one day. Far from civilization, surrounded by beautiful and majestic mountains, local ethnic groups used to live there. For centuries, their way of life did not change until they once discovered a gold mine. And away we go … 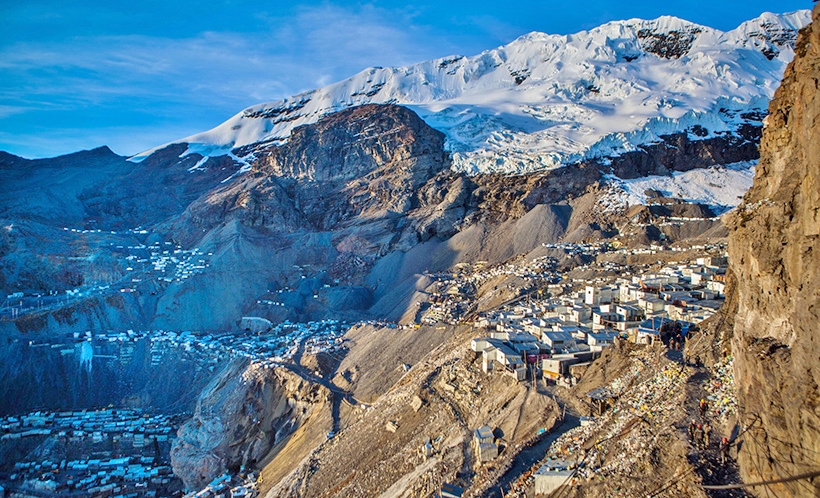 Peru is a very poor country. Of all the South American countries, Bolivia weaves in the tail itself, Peru – in the penultimate place. In terms of living standards, the state takes the 115th place in the world. Almost half of the population (45%) lives below the poverty line.

Most Peruvians are employed in the agricultural sector, which does not generate large incomes. Therefore, the opening of a gold mine in the Andes, many Peruvians took with great enthusiasm. It seemed to them that a little work – and the golden key in their pocket. Accustomed to difficulties, the descendants of the Indians with their whole families went to La Rinconada in search of a better life. But, having arrived there, even these unhampered people were amazed. 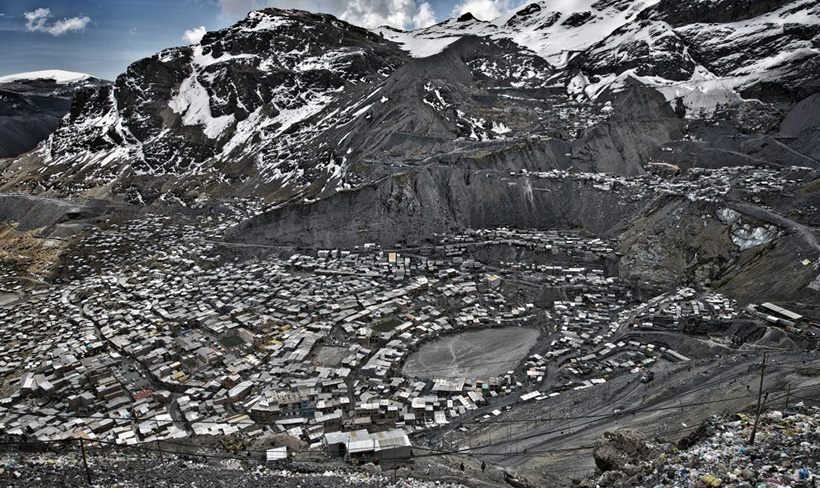 The city is as beautiful as it is inhospitable to man. La Rinconada is located next to the glacier (it is, however, retreating, but this does not change much), in the conditions of permafrost. The temperature never rises above zero degrees Celsius, and negative temperatures always reign at night. This means that it is impossible to grow vegetables or fruits there.

But this is not so bad: since the air is constantly diluted, due to a lack of oxygen, a person suffers from anoxemia (low oxygen content in the blood). People get tired quickly, do not sleep well, etc. In general, vitamin deficiency and constant oxygen starvation are eternal companions of local people. But the highlanders have adapted over the centuries, but the foreigners have a hard time. However, the dream of wealth overpowers the fear of getting sick, and the Peruvians continue and continue to arrive at the mine. 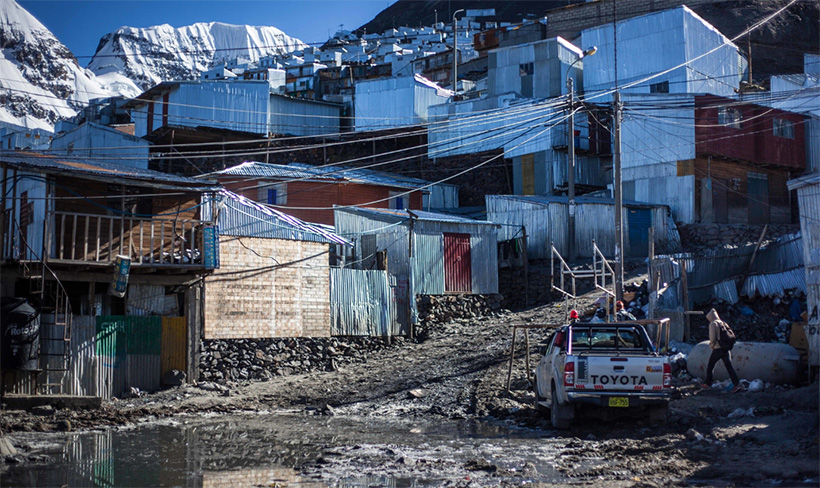 From 2001 to 2009, more than 50 thousand people came to this place forgotten by God, and over the past five years the number of “migrants” doubled. There are two reasons for this – a sharp increase in gold prices and the emergence of electricity in La Rinconada. However, despite the fact that the city was lit up, working conditions at gold mines did not become better.

About 30 thousand people are constantly working in the frozen mines of La Rinconada. Each of them runs the risk of contracting scurvy, pneumonia, tuberculosis, rheumatism, radiculitis. In addition, one of the most common diseases is poisoning. A huge amount of mercury and other toxic substances is released into the atmosphere daily. The fact is that gold is mined in the old fashioned way, in violation of all rules and regulations. 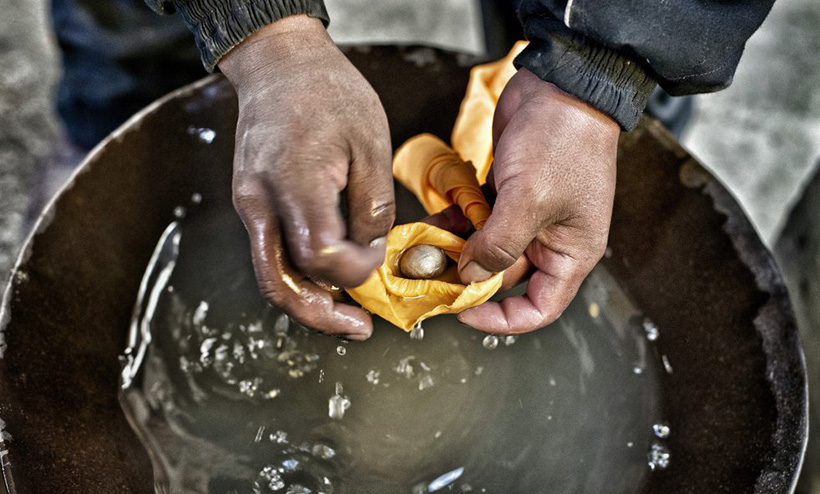 A piece of ore is placed in mercury and gold is thus separated from the rock. The resulting silver ball is burned with a blowtorch, while the poisonous gas escapes into the cold rarefied air. The result of such gold mining is mountain air poisoned by mercury vapor. According to UNIDO (United Nations Industrial Development Organization) estimates, for every gram of gold extracted from a rock, two to five grams of mercury are released into the atmosphere.

Any doctor will say: the metal itself is not as dangerous as its fumes. The weakness and drowsiness that gold miners suffer from are flowers. Much worse than tremor, bleeding gums, indigestion, dizziness, cough, impaired memory, nausea, vomiting, renal failure. For all those who seek gold there, these diseases are a common thing. 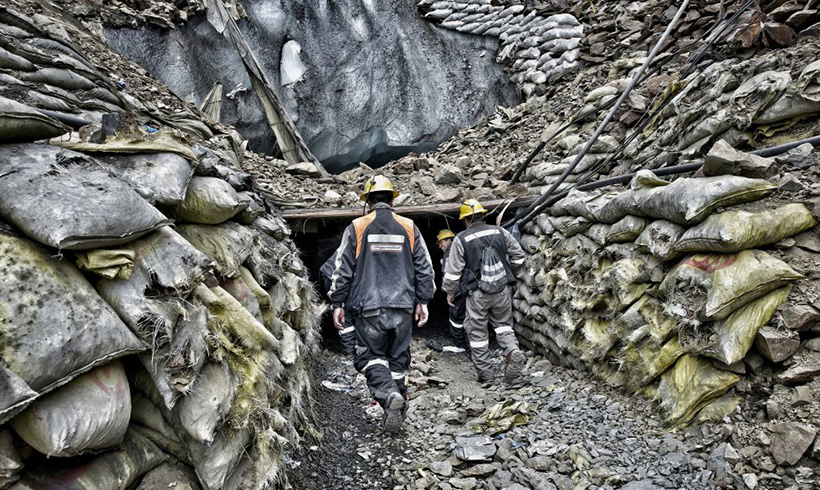 Those who work with mercury directly are more at risk. But the locals who live near the mines, you will not envy. According to environmentalists, not only air but also water is poisoned in La Rinconada. Why, there, in the nearby village of the Ananei miners, as well as in rivers and lakes up to Lake Titicaca, which is 250 km from the town, traces of dangerous metal are found. In addition to mercury, gold miners are threatened by avalanches, glacial floods, chemical leaks, explosions and caving in mines. 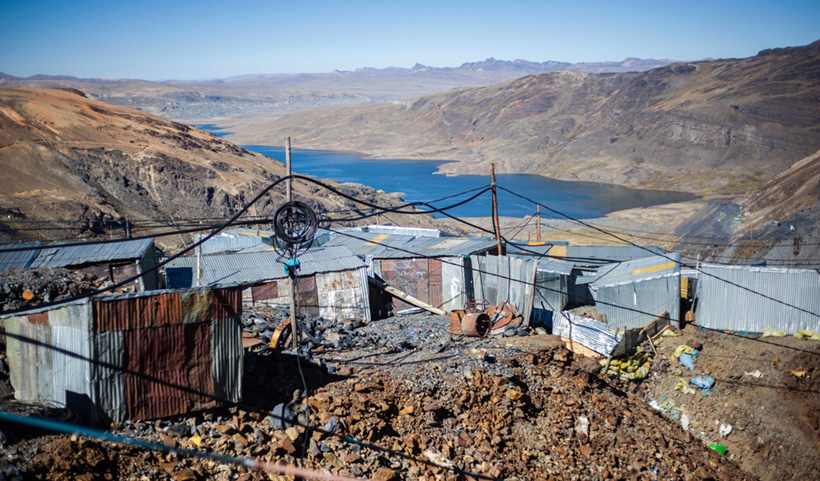 In general, Peru has strict safety rules, but in the La Rinconada, lost in the mountains, no one monitors their observance. Of the two hundred companies registered here, only five have the equipment necessary for gold mining. The rest offer their employees to buy everything they need on their own. 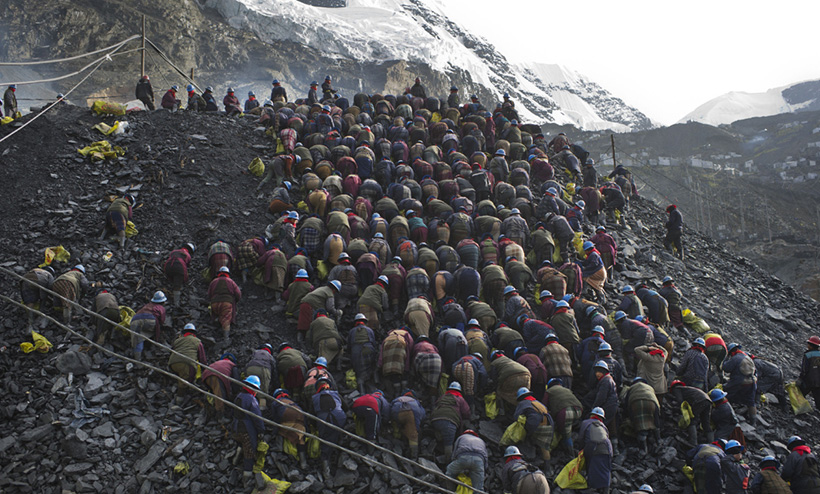 Gold mining in La Rinconada is a family business. In mines, one can often find not only men, but also women dressed in traditional colorful skirts and bowler hats. Often, along with children, they delve into the rock removed from the mine, since women are not allowed to enter the mine. According to the miners, if women enter the mine, gold disappears. 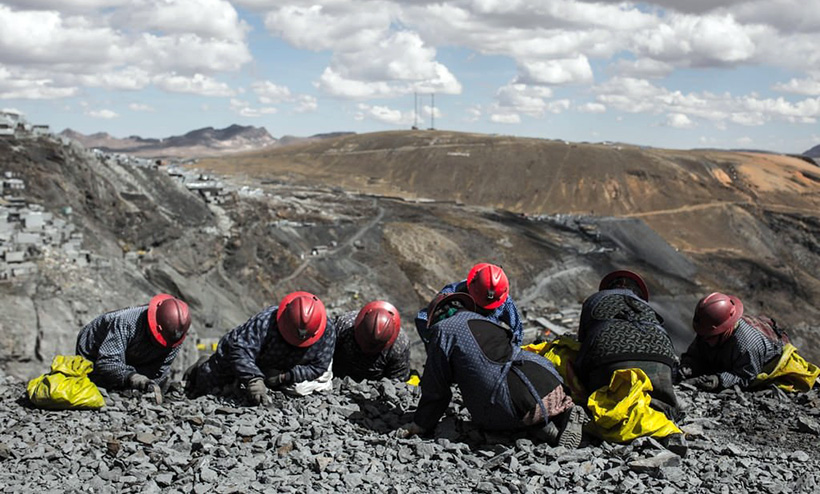 Not only working conditions, but the living conditions in the town are appalling. The only school in which there is not enough space for all children, the lack of police, post office, transport links, sewers, medical institutions, a sanitary service – these are the everyday life of La Rinconada.

Waste roads, hillsides, streets of the town are littered with sewage, garbage and industrial waste. Nobody ever removes this dirt, at best they burn it. Therefore, the air in the village is poisoned not only by mercury vapor. 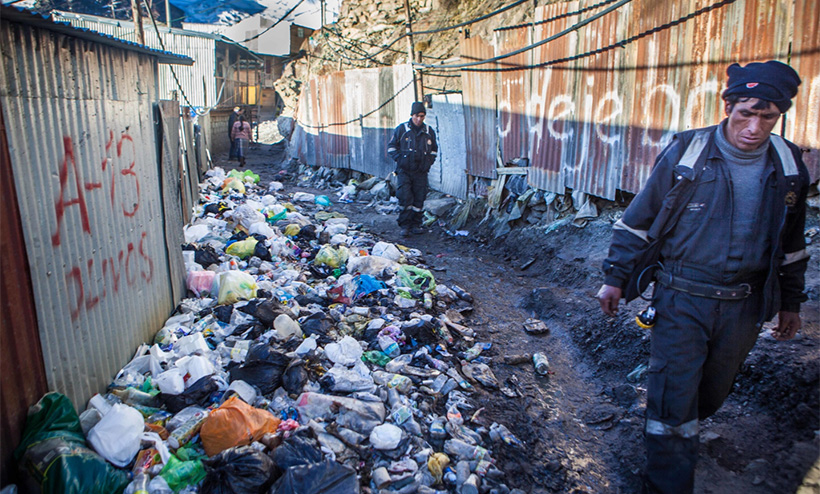 Residents of the city huddle, mainly in small metal shacks, standing next to each other at the foot of the mountains. In the homes of the benefits of civilization – only electricity. In La Rinconada, alcoholism flourishes. The drunken prospectors often find out the relationship, as a result, there is a high crime rate. In the dark, it’s dangerous on the street.

Earnings of gold miners – $ 170 per month. But luck does not always smile at them. With no luck, the salary does not exceed $ 30. For poor Peru, even this is good money. Many Peruvians dream of getting rich and returning to their native lands, where they can open their own business. 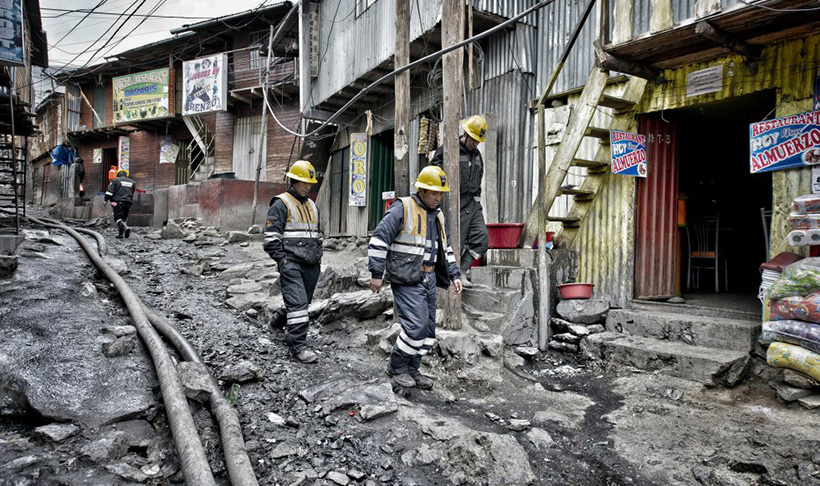 But La Rinconada, like a swamp, sucks people in, and many can never get out of here. If hard work does not kill the prospector, he dies from the knife of a drinking companion or illness. The average life expectancy in La Rinconada is 50 years. However, miners and townspeople are accustomed to death. Moreover, they do not perceive it as something terrible, death there is considered a good sign. Indeed, among the descendants of the Indians, human sacrifices to mountain spirits were of great importance. When these invisible entities received another sacrifice, they became more merciful and loyal to the living.

In addition, miners believe that the new victim “pushes” gold ore closer to the surface, making it easier to extract. So the superstition of local miners for  blood, is like fatalism. And how without this, can you voluntarily live in a city that resembles hell?

In this article:gold diggers, La Rinconada