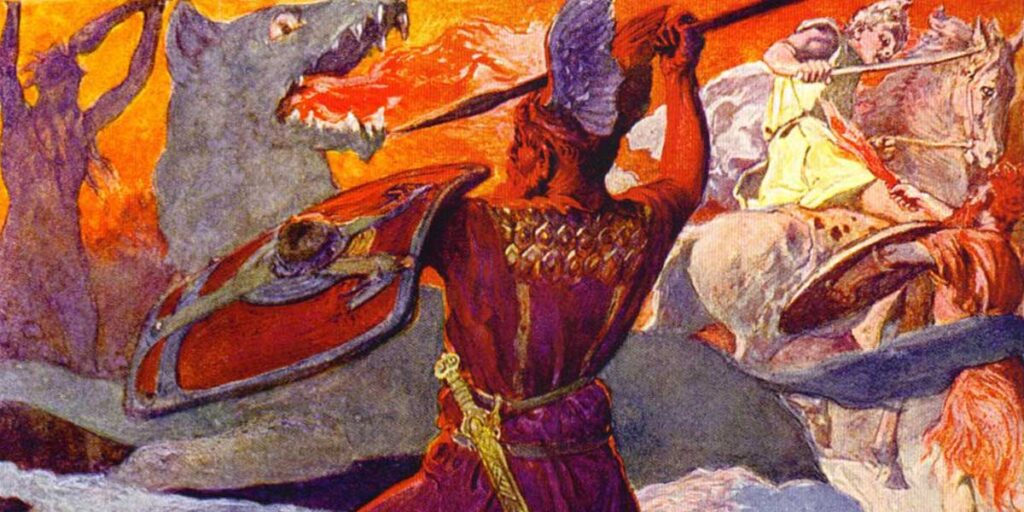 Archaeologists have found a cave in Iceland, where, according to the Vikings, Ragnarok was supposed to begin.

In a cave in Iceland, archaeologists have found the remains of rare artifacts from the Middle East. The Vikings associated the cave with Ragnarok – the end of the world, when the gods are dead and the world is in flames. The find was reported by LiveScience.

The cave is located near a volcano that erupted almost 1100 years ago. During the eruption, the Vikings only colonized Iceland.

“The consequences of this eruption were probably so massive that they made the newly arrived Vikings think about the end of the world,” the group of researchers said.

Archaeological excavations have shown that after the lava froze, the Vikings entered the cave and built a structure in the shape of a boat made of stones. Inside this structure, the Vikings burned the bones of animals, including sheep, goats, horses, pigs, as a sacrifice. This may have been done to prevent Ragnarok.

Near the stone boat, archaeologists have found 63 beads, three of which were brought from Iraq, says Kevin Smith, chief curator of the Haffenreffer Museum of Anthropology at Brown University.

The team also found remnants of a mineral from eastern Turkey near the stone structure, as well as remnants of orpiment. At that time, this mineral was used to decorate objects, but very few specimens were found in Scandinavia.

Historical records show that the Vikings associated the cave with the fire giant Surtr, which ultimately caused the series of events leading up to Ragnarok. According to mythology, the world will end when Surtr kills the last of the gods in battle and then burns the world in flames.

Probably, the Vikings left such rare things in the cave to calm Surtr. According to another version, the offerings were supposed to give more strength to the god Freyr, who fought with Surt.

People in Iceland converted to Christianity about 1,000 years ago and soon after stopped bringing offerings to the cave. The last objects placed in the stone boat included a set of weights and weights, some of which were in the form of a Christian cross.

However, even when the Icelanders converted to Christianity, they still associated the cave with the end of the world. According to one Icelandic legend, it is from the cave that Satan will appear on the Day of Judgment.

Aliens And Iceland: When Ufos Almost Came To Snæfellsjökull

Twenty-two years ago, in the dark ages of the 90s, Michael Dillon sat down to have dinner with his family. He seemed distracted to...

A modern version of Norse paganism has been gaining popularity in recent years as followers see the stories as metaphors for life not worship...

By Eygló Svala Arnarsdóttir Lagarfljótsormurinn, the giant serpent rumored to inhabit the lake Lagarfljót near Egilsstaðir in East Iceland truly exists, as announced on...