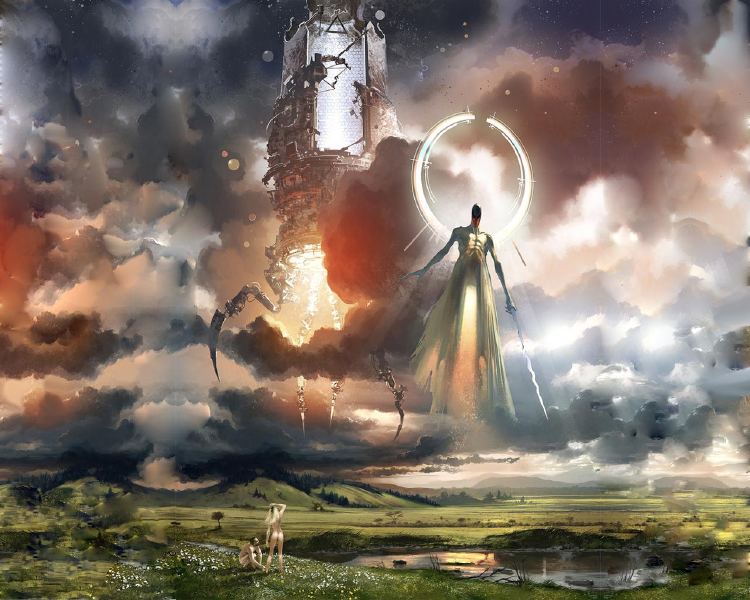 Professor Ellen van Wolde, a respected Old Testament scholar and author, claims the first sentence of Genesis “in the beginning God created the Heaven and the Earth” is not a true translation of the Hebrew.
She claims she has carried out fresh textual analysis that suggests the writers of the great book never intended to suggest that God created the world — and in fact the Earth was already there when he created humans and animals.
Prof Van Wolde, 54, who will present a thesis on the subject at Radboud University in The Netherlands where she studies, said she had re-analysed the original Hebrew text and placed it in the context of the Bible as a whole, and in the context of other creation stories from ancient Mesopotamia.
She said she eventually concluded the Hebrew verb “bara”, which is used in the first sentence of the book of Genesis, does not mean “to create” but to “spatially separate”.
According to Judeo-Christian tradition, God created the Earth out of nothing.
Prof Van Wolde, who once worked with the Italian academic and novelist Umberto Eco, said her new analysis showed that the beginning of the Bible was not the beginning of time, but the beginning of a narration.
She said: “It meant to say that God did create humans and animals, but not the Earth itself.”
She writes in her thesis that the new translation fits in with ancient texts.
According to them there used to be an enormous body of water in which monsters were living, covered in darkness, she said.
She said technically “bara” does mean “create” but added: “Something was wrong with the verb.
“God was the subject (God created), followed by two or more objects. Why did God not create just one thing or animal, but always more?”
She concluded that God did not create, he separated: the Earth from the Heaven, the land from the sea, the sea monsters from the birds and the swarming at the ground.
“There was already water,” she said.
“There were sea monsters. God did create some things, but not the Heaven and Earth. The usual idea of creating-out-of-nothing, creatio ex nihilo, is a big misunderstanding.”
God came later and made the earth livable, separating the water from the land and brought light into the darkness.
She said she hoped that her conclusions would spark “a robust debate”, since her finds are not only new, but would also touch the hearts of many religious people.
She said: “Maybe I am even hurting myself. I consider myself to be religious and the Creator used to be very special, as a notion of trust. I want to keep that trust.”
A spokesman for the Radboud University said: “The new interpretation is a complete shake up of the story of the Creation as we know it.”
Prof Van Wolde added: “The traditional view of God the Creator is untenable now.”