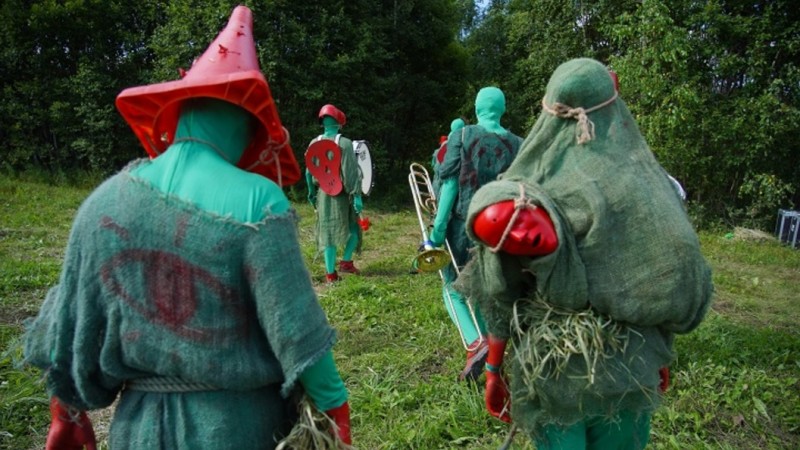 The UN Climate Change Conference is held in Scotland from October 31 (Halloween, by the way) to November 12, and from November 1 to 2, there was a meeting of world leaders, including Biden, Macron, Merkel. Putin and Xi Jinping did not attend the meeting, citing the pandemic. Boris Johnson said he “respects” their decision.


As you know, the next stage in the infringement of humanity after the pandemic is a green ecological revolution. Savings on resources, a carbon footprint tax, energy quotas per capita, fines and other “global warming” await us.

In the UK, the government has come to the point issuing recommendations in how often to wash underwear, how many times a week to take a shower, and which products should be avoided to reduce the emission of greenhouse gases into the atmosphere.

Instead of oil and gas, ‘alternatives’ will be provided in the form of new technologies, environmentally friendly, and therefore ineffective and not so clean either.

Batteries for electric vehicles, like solar batteries, are harmful and poisonous in their production. But their manufacturing will not be carried out in ‘developed’ countries, but somewhere far away, so it’s fine.

The production of wind turbines takes tons of metal and plastic, the extraction of which requires colossal energy costs, which will never pay off by generating a few miserable kilowatts with the blades of this very wind turbine, and even then, if you are lucky, with the wind. We do not count how many birds will be killed by them, not to mention the aesthetic ugliness of these noisy monsters. 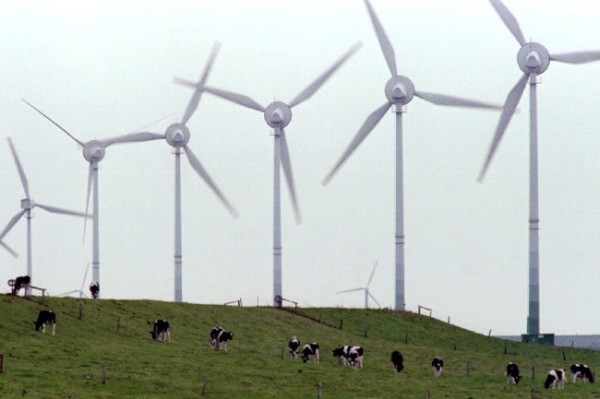 Nuclear power plants are shifting the solution to the problem of radiation pollution to future generations, and so on and so forth. Coal, oil and gas, whatever one may say or twirl, are the cheapest and most reliable energy resources with low cost and high efficiency, but the trouble is, they emit too much carbon dioxide into the atmosphere, which pleases trees (they grow by leaps and bounds), but upsets Greta Thunberg.

Therefore, they intend to reduce emissions, and at the same time to minimize the remaining freedoms of citizens left after the pandemic. Do not go on vacation, do not wash your panties. A so-so perspective.

CO2 is really useful. Plants build their biomass from it, and the more it is in the atmosphere, the more luxuriant forests grow, and the more efficiently they saturate the air with oxygen. But no one told Greta about this, and world leaders did not hear anything about it either. So the eco-terror is coming.

There is no global warming either, but there is the beginning of the Little Ice Age. Researchers from the British University of Northumbria came to the conclusion that a small ice age has begun on Earth.

… In contrast to the primitive hypothesis of the dependence of the climate on only one reason – the concentration of greenhouse gases in the atmosphere a physical theory has been developed of the Earth’s climate. It shows that the temperature of the troposphere (the lower layer of the earth’s atmosphere) and the earth’s surface itself depends on at least seven main factors: 1) on the luminosity of the Sun, 2) on the pressure of the atmosphere, 3) on the reflectivity of the Earth (its albedo), 4) from the angle of precession of the axis of rotation of the Earth, 5) from the heat capacity of air, 6) from humidity, and 7) from the absorption of thermal radiation from the Sun and the Earth by greenhouse gases.
… The coming cold snap may turn out to be the deepest in the last several thousand years, but it is necessary to prepare for it now, since it will be a harbinger of the next ice age. The reason for the onset and still coming global cooling of the climate is also associated with a decrease in the angle of precession of the Earth and a decrease in the total pressure of the earth’s atmosphere. This is due to the vital activity of nitrogen-consuming bacteria, constantly removing nitrogen from the air and converting it into precipitation. Unfortunately, these processes are uncontrollable and we can hardly do anything to suspend them.

On the eve of the Glasgow conference in Great Britain, there were massive protests by “climate activists”. Young and old are blocking the roads in an organized manner in sit-down demonstrations, and even glue themselves with super-glue to the roads. It seems that these protests are organized by the elite itself?.

With warming, everything has been clear for a long time. There are large and small natural cycles that are not related to human activity. Even if our carbon-dieted civilization managed to reduce its emissions and reduce its average temperature by half a percent, the sudden eruption of some volcano would easily neutralize these weak attempts. A vivid example is Cumbre Vieja, which has been emitting half a million tons of sulfur dioxide into the atmosphere for a month and a half! Every day!

“Secular climate fluctuations significantly exceed the possibilities of anthropogenic impact on it, you will burn at least all the hydrocarbons on earth.“

“Between the ocean and the atmosphere, there is a constant exchange of those gases that are soluble in water – it occurs in such a way that the partial pressure of the gas (some analogue of concentration, but not the same) on both sides of the water surface is the same. The ocean’s gas content is beyond imagination. And it significantly exceeds the ability of the plant mass on land to absorb excess carbon dioxide.”

“The dependence of an increase in atmospheric temperature on an increase in carbon dioxide content in it is not linear, as unscrupulous scientists or simply pseudoscientists try to present to the ignorant. There are spectral levels there, and when passing to each higher (higher-lying) level, the degree of this dependence abruptly decreases.”

“Scientists are also people and, therefore, they also want to eat. I personally do not know so much about how the apologists of the myth of global warming (not a myth – global drowning) from the “wallets” of governments and international organizations “exhaust money” for their “research” on this, in fact, a nonexistent problem. I don’t know but I am guessing …”

“Every second the Sun transforms 4 million tons of its mass into radiant energy. In just one hour, it directs as much energy to the Earth as is produced on it in a whole year. In other words, cosmic scales are incomparable with human ones. Although, probably not always. For example, US President Biden arrived at the Glasgow meeting accompanied by a large delegation, staff and security. According to the staff schedule, they have 80 large limousines, which were specially brought from America on huge transport planes. A lot of aviation kerosene was burned to combat global warming.“

“Switching to electric vehicles poses huge environmental challenges associated with battery production and disposal. All conversations in the “Earth is our common home” style boil down to what I will do in my “green world”, ride electric cars, etc., and you will produce all this in your country, place hazardous industries and provide me with them.”

Basically, the contours of a beautiful new eco-friendly world are already looming. Ordinary people there will not be able to have a personal car or eat a beef steak. Only an electric scooter and a protein bar made of caterpillars will be the norm. But for respected people who care for the environment, any whim.

We are not at all against the protection of nature. We love our planet. Environmental problems are long overdue and overripe. Many species of animals disappear, whole orders of insects, plants get sick. The bees are gone. People get sick. The water is poisoned. Fish in rivers are sex-changing due to the sheer amount of estrogen-mimicking chemicals humans use.

The weather is unbalanced like a hysterical woman – hail, floods, fires, earthquakes – all in one. All this is obvious and impossible to deny. But what is to be done?
There are many things you can do! Some recommendations with the following measures could possibly improve the ecology of the planet:

– declassify all other innovations that are in abundance, for example, cars on water, cold nuclear fusion, etc.

This is just for a start. The list is endless. If you also have environmental thoughts, please add them in the comments.

In this article:global warming, Scotland

Staffa – “Island of columns”, which according to the legends of the Vikings was built by giants

Some places on our planet are so amazing that legends have been made about them for millennia. According to one of the legends, earlier on...

A photographer took a picture of an old house, but did not know that a woman lived there. No wonder – you can only see it in the photo

A Scottish resident took a photo of an abandoned building, and then could not believe his eyes when he looked at the finished photograph. From...

[ad_1] Image Credit: CC BY-SA 3.0 Otter / Wikimedia The house is in dire need of renovation. Police are investigating a mysterious fire at...

[ad_1] Footprints from the largest dinosaur to have ever existed on Earth have been discovered on Scotland’s Isle of Skye. The fossilized footprints were...