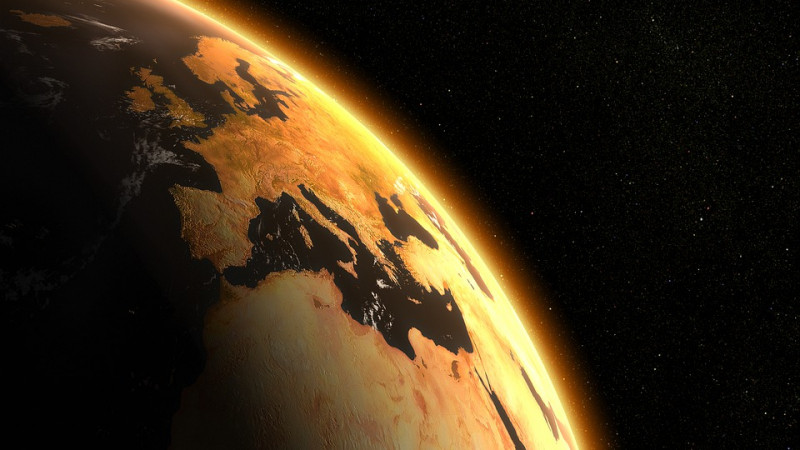 According to the report, the first “climate collisions” will occur by 2040. The “climate war” will use technologies that amplify natural disasters such as droughts and floods. This alignment is included in the concept described in the document of the US National Intelligence Council “Global Trends-2040”, which also mentions man-made “natural” disasters on a global scale.

In modern conditions, the study of space weather – a complex of phenomena observed on Earth and in near-Earth space associated with processes on the Sun and in interplanetary space – and the organization of protection from its impact is of great importance in many spheres of life of our country, including defense and security.

Space weather has a tangible impact on infrastructure and electronics: magnetic storms can cause malfunctions in avionics and automatic rail systems, as well as disrupt radio communications. In orbit, the impact of space weather in the form of the solar wind, streams of charged particles and magnetic disturbances can disable spacecraft and provoke loss of orientation with further departure from orbit.

This, in turn, leads to a loss of accuracy of the global positioning system and geodetic measurements. With extreme manifestations of such an impact, large sections of power grids can be turned off, as a result of which the operation of water supply, transport, and healthcare systems will suffer.

The potential of these phenomena allows them to simultaneously affect entire continents and influence not only the operation of facilities and infrastructure, but also the health status of the population.

The impact on the climate is one of the topics that is not very customary to talk about now, but information somehow leaks out. Who has not heard of the HAARP complex, which was created in 1997 for ionospheric research, studying the nature of the ionosphere and developing air and missile defense systems?

Now, only a handful does not know that microwaves, directed by the emitter at the warhead or aircraft, are capable of incapacitating the target with the help of “ion clouds”. But in pursuit of one goal, the developers of HAARP opened the way for a new method of influence – climatic: since the states of the ionosphere and troposphere are interconnected, HAARP also affects the processes of weather formation and causes disturbances in them. Another thing is that these processes have not yet been fully studied.


How can a country defend itself in “climatic clashes”?

One of the main tasks that must be carried out by the joint efforts of the state and the population is to successfully prepare for the impact of space weather phenomena, since they constantly affect our lives. This challenge requires close collaboration between federal executive authorities, emergency specialists, educational institutions, the media, insurance companies and the private sector.

Important infrastructure elements and the performance of any functions and operations by facilities will remain under control before, during and after space weather events, and human casualties will be minimized.

Advertisement. Scroll to continue reading.
In this article:climate change, US National Intelligence Council