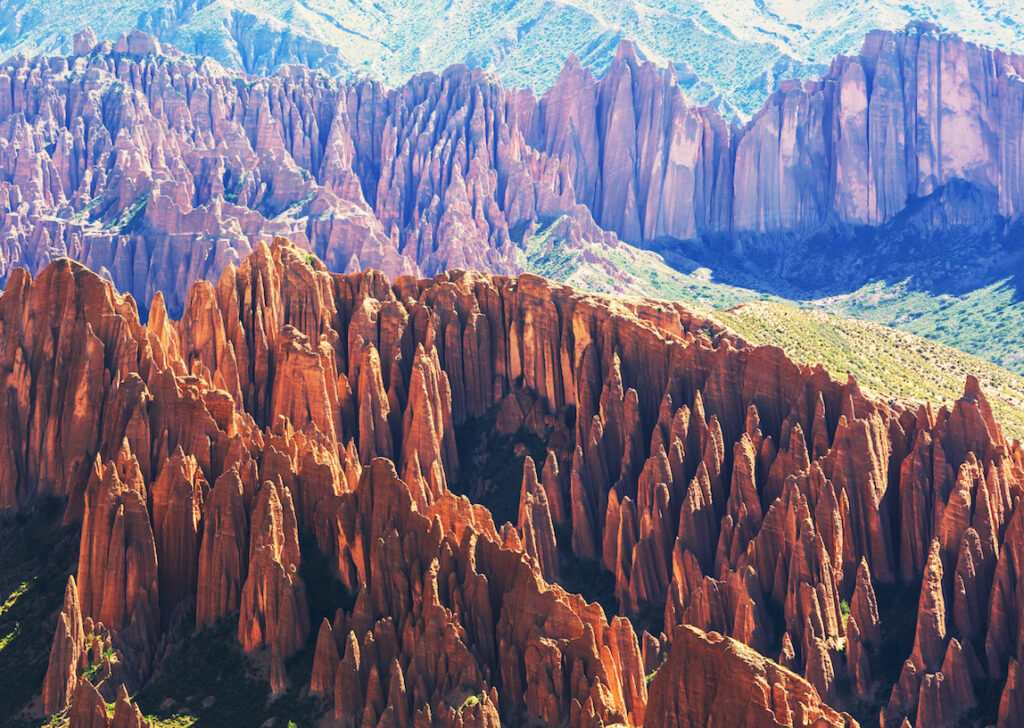 Studying the boundary between the Earth’s core and mantle, geophysicists have found that it is not as smooth as previously thought. Surfaces separating the inner layers also have a complex relief. It turns out that our planet is not at all like a set of spheres nested into each other, as is customary to portray it.

The deep bowels of geophysics are judged by seismic waves generated by earthquakes. There are longitudinal P-waves – when elastic mechanical vibrations occur along the propagation direction and transverse S-waves – the vibrations in them are perpendicular.At the boundary of layers with different densities, the wave velocity changes dramatically. In the transition from a solid crust to a more plastic upper mantle, it increases. This border is called the surface of Mokhorovichich. The lower mantle is harder than the upper. The outer core, in which transverse seismic waves do not propagate, is liquid, and the inner core is again solid, but slightly plastic.

While the network of seismographs was rare, the sections between the inner shells with a certain degree of conventionality were depicted as spheres. As the data accumulated, it became clear that each of these boundaries is a complex surface with its relief and internal “mountains” even higher than on the Earth’s surface, and the “troughs” are deeper. From the top of Everest to the bottom of the Mariana Trench about 20 kilometers, and, for example, the differences of the border of Mokhorovichich, dividing the crust and upper mantle, reach 40 kilometers. And all this at a depth of five to 70 kilometers.

This was proved by scientists from China and the United States . They analyzed the results of observations of hundreds of seismic stations obtained from the same events: the earthquakes in Bolivia of 1994 and the Sea of ​​Okhotsk in 2008 and 2012, as well as archival records of seismographs of the National Center for Information on Earthquakes of the US Geological Survey.

The authors of the study found that for the boundary between the upper and lower mantle, located at a depth of about 660-670 kilometers, the data of the various stations almost completely coincide. That is, she has a stable relief, which she even managed to map. Signal processing of the Bolivian earthquake made it possible to literally create a “topographic map” of the surface of the lower mantle for an entire region in Southeast Asia .

The most dynamic area. Mantle and core

When talking about the dynamics of the Earth, they usually mean large-scale surface processes associated with the movement of lithospheric plates. In the zones of mid-ocean ridges and rifts, the lithosphere moves apart, and in subduction zones on the outskirts of the continents, oceanic plates sink under the continental.

But no less dynamic processes and surface movements occur inside the Earth – only their reflection. First of all, we are talking about mantle convection, which arises due to the temperature difference in the bowels and on the surface of the planet.

Upward flows of convection cells stretch the lithosphere, downward flows drag it into the mantle. Moreover, in the upper parts of the cells, the substance flows in a horizontal plane and these flows cause lithospheric plates to move.The most dynamic region of the Earth is located on the border of the core and mantle, at a depth of about 2900 kilometers.

It is believed that its heterogeneity affects many geological processes, in particular, the oscillation of the axis of rotation of the Earth and the characteristics of the geomagnetic field. In addition, convection itself is a consequence of what happens in the D ”layer at the boundary with the core.On its surface, scientists discovered arrays of unusually dense, hot rocks – zones of abnormally low seismic wave velocities (ULVZ – Ultra-low velocity zones). They stretch for hundreds of kilometers, and their “height” – tens of kilometers.Above them are hot spots with volcanoes: Hawaiian, Marquesas, Galapagos Islands and the Samoa archipelago in the Pacific Ocean, Canary Islands and Azores , Iceland in the Atlantic, Kerguelen archipelago in the Indian, Afar volcanism zone in the Great African Rift.

Using the new machine learning algorithm, American scientists at Johns Hopkins University and the University of Maryland at College Park together with their Israeli colleagues from Tel Aviv University performed a parallel analysis of seven thousand seismograms covering hundreds of earthquakes from 1990 to 2018, and for the first time compiled a detailed section map the core and mantle of the Pacific region, on which all ULVZ zones were applied.It turned out that ULVZ are only separate protrusions within the larger, low-shear-velocity provinces (LLSVP) provinces, which are also called superplumes. Their branches penetrate up into the mantle for thousands of kilometers. Now scientists distinguish two such provinces – African and Pacific.

The circulation of matter in the mantle

Australian scientists from the University of Curtin suggested that the periods when all the land of the Earth united into single supercontinents – Pangea, Rodinia, Colombia and others, coincided with activity in the deep LLSVP provinces. They built a dynamic model linking the evolution of superplumes to the assembly and decay of supercontinent. According to this model, LLSVP arrays are formed from lithospheric plates, which, as it turned out, sinking, does not dissolve in the mantle, as previously thought, but descend to the very boundary of the core. Here they melt, and giant drops of preheated matter – mantle plumes – coming off from LLSVP, float to the surface, giving rise to a new geodynamic cycle. The lithosphere rises above the plumes, forming a dome, and then cracks and diverges.

Researchers from the US and China have analyzed how seismic waves passing through the boundary between the outer and inner core change. For this, we used signals from doublets – repeated earthquakes with the same epicenter.

It turned out that these changes have a certain periodicity, which can be explained by two mechanisms: either the inner core rotates by about 0.05-0.1 degrees per year, or high “mountains” and deep “canyons” appear on its surface. So, a dynamically changing relief can also be at the deepest boundary between the earth’s shells. 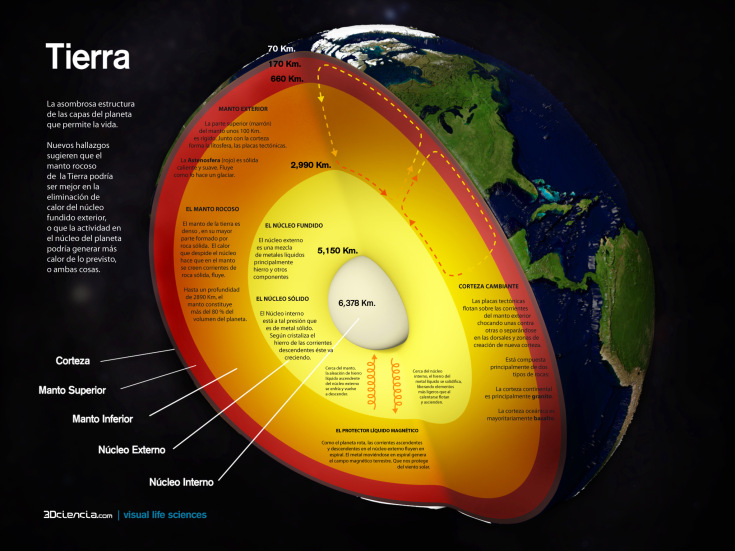 The $1 billion mission to reach the Earth’s mantle

(CNN) — Humans have reached the moon and are planning to return samples from Mars, but when it comes to exploring the land deep...