Perhaps this is a sign of the times, many people are losing it…after seeing this image which resembles Jesus Christ. This Christ-like figure, has captivated the internet – yet the mainstream news seems to ignore it.

Was this a some kind of projection or digital manipulation of some kind? People are searching for answers, as the symbolism of this simply cannot be ignored.

Let’s face it, the world as we know it is in trouble. Many people are acting bizarre over different issues and some cannot even think for themselves any longer. They are caught up in the phony culture of all material things.

One witness named Monica Aramayo, managed to capture a photograph of this spectacle. What an incredible sight it must have been, to see this in person. Seemingly hovering over top of the Argentinean city of San Salvador de Jujuy (in the northwest part of Argentina) was this Christ-like figure. This area is near the southern end of the Humahuaca Canyon, where wooded hills meet up with the lowlands.

The event took place back on Tuesday, May 14th. The surrounding settlements of Jujuy Province also noticed this giant Jesus in the sky. As seen in the photograph, Jesus appears to be peering out from the clouds, wearing a crown with his arms extended.

The image strikes a powerful pose into the minds of the people. The image of this holy figure, continues to go viral on the internet, as more people learn about it. Some are comparing this image to the Christ the Redeemer in Rio de Janeiro in Brazil overlooking the city.

One person named Mariela Romano said, “The Lord will soon come for us all and we should be ready.

Romina Salinas said, “I personally only see the sun coming through the clouds, but people see what they want to see.”

Someone else said: “Thanks for the image that allows us to keep on our path and have a better hope for tomorrow.”

Rather incredibly, not everyone was able to see the Jesus figure in sky. Some wonder if their faith is strong enough. Is this merely an unusual formation of clouds in the sky? Likely not, it is far too amazing to be such a occurance.

In this article:Argentina, Jesus Christ 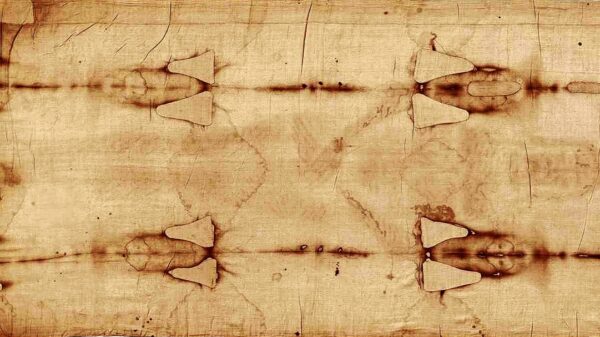