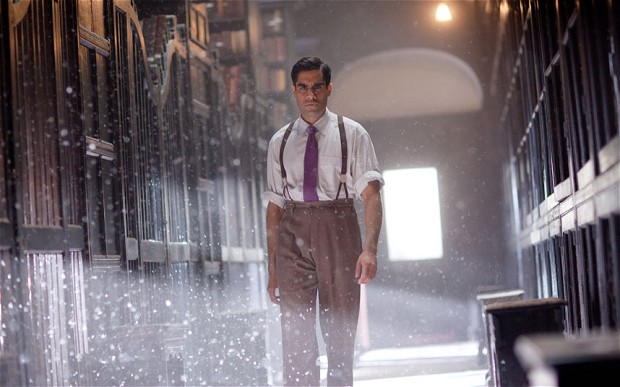 ‘It’s the most wonderful time of the year,” goes the Christmas song. So why are threatening tales of the supernatural, with their remorselessly bleak settings and themes of pain and fear, such an important part of the seasonal heritage?

I was asked this question during a recent literary event at the Royal Festival Hall and it made me ponder: because on the face of it, the paradox does seem extreme. Christmas, after all, is a time of joy, moral reflection, love and togetherness. Whereas ghost stories – The Turn of the Screw, The Woman in Black – concern themselves with personal despair and the destruction of hope and love. And people, of course.

But perhaps we shouldn’t be surprised that Christmas and the paranormal so often go hand in hand, because, at a very basic level, the telling of ghost stories is a natural response to peculiar uncertainties, and the curious need within all of us at some level to be thrilled.

When I am asked to identify the essential ingredients of a good ghost story, I reply that the reader must be invited to care about the phantom, for we must know something of the spirit’s life on earth if we are to understand their actions in death.

In my own novel, it is the famous ghost hunter from the inter-war period, Harry Price, who learns from his investigation at Borley Rectory – supposedly the most haunted house in England – that those who hunt ghosts are hunted in turn by them. But in the process he also comes to understand a great deal about lost lives, places and times, and that hauntings are both subtle and complex.

There is something oddly comforting about this genre. Perhaps we have always told stories about the dark in order to know it better, to disperse its threat. Indeed, our modern Christmas encompasses Christian trappings tacked on to pre-existing pagan ceremonies whose original purpose was to fight the dark of midwinter.

It is a nostalgic and eminently appealing tradition, and one that the Victorians were very good at, with their regular penny-dreadfuls and periodicals. But the connection extends further back, to at least the early 19th century. Washington Irving writes of telling “strange accounts of popular superstitions and legends of the surrounding country” by the fireside on Christmas Day in The Sketch Book of Geoffrey Crayon, Gent. (1820).

But it is Charles Dickens’s A Christmas Carol, with its emphasis on repentance and Christian charity, which perfectly crystallises the connection. No tale better embodies the widely held Victorian ambition to achieve peace in the afterlife. The story requires us to think of ghosts as a more profound concept than spiritual entities – as memory. As conscience.

And just as the Victorians would gather around trees and roaring fires, modern families gather around televisions; this year the BBC will attempt to chill the marrow with its new adaptation of The Tractate Middoth by M R James, in which terrifying spirits are summoned to an academic library by two men who discover an ancient Hebrew text. It’s one of James’s most atmospheric and delightfully creepy stories, embodying all the conventions of the classic ghost story: the bucolic backgrounds into which macabre phenomena intrude, the discovery of a secret manuscript with its hidden wisdom, the scholarly figure who falls victim to apparitions of darkness.

And yet, the air of loneliness that permeates James’s tales is agreeably balanced by the seasonal spirit of togetherness in which they were written. The genial master would read aloud his pleasing terrors to friends and students, who would listen, rapt, beside a crackling fire in the candlelight of his panelled rooms at King’s College, Cambridge.

The scene evokes a reassuring and comforting togetherness: a collective experience that entices us to look back on ourselves, on our faults, and to think of loved ones who are no longer with us. The telling of ghost stories, much as Christmas does, embodies a time of reflection, where past meets with present. It doesn’t really matter how awful the terror, or malicious the ghost, but that from the tale we extract meaning and learning, and when the book is safely closed, the Christmas festivities let us blow away the cobwebs as easily as letting in the morning light on Christmas Day.

So this Christmas Eve, draw the curtains on the freezing darkness and light a candle. Find a ghost story that entertains and unsettles. And remember that though it may be difficult to find, lurking within all ghost stories is a timelessness at odds with our rushed modern lives, which touches us with hope and reflection, and reassures us with the possibility that our own loved ones may still be watching over us.

As the ardent spiritualist, Arthur Conan Doyle, put it so perfectly: “Of all our ghosts, the ghosts of old loves are the worst.”

Neil Spring is the author of The Ghost Hunters (Quercus)

Advertisement. Scroll to continue reading.
In this article:Christmas, haunting, tales 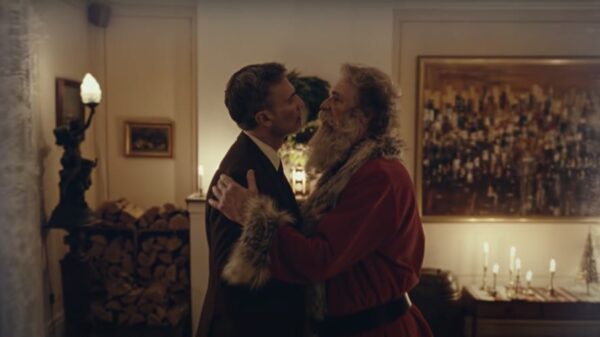 What are the most haunted pubs in Britain ?

Maybe they should have got rid of the cells (Pictures: Ewan Munro/Victor Keegan/Flickr CC) Who doesn’t love a good ghost story? Well, these nine...

Two women got more than they bargained for when they camped out in the woods near Bristol. Lola Swan and Kate Channon had set...

Can you conjure up a ghost with your mind ?

In the 1970s a group of researchers conducted a unique experiment to create their own paranormal entity. Known as the ‘Philip Experiment’, the endeavor...

A surveillance video recorded the moment a glass lid appeared to fly across the room all on its own. Staff at the Ellacoya Country...