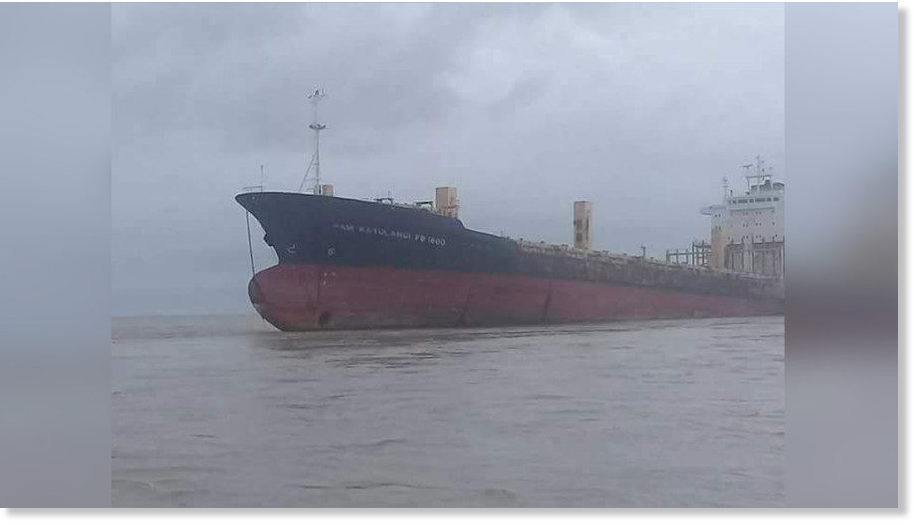 The sudden appearance of a massive ‘ghost’ ship off the coast of southern Myanmar has shocked local fishermen who were stunned to find the freighter carried no cargo nor traces of crew.

After nearly a decade lost at sea the ‘Sam Ratulangi PB 1600,’ finally ran aground on a sandbar approximately seven miles (11km) off the coast of Thama Seitta village of this week.

The fishermen boarded and inspected the ship after reporting it to local authorities. Teams from the navy, coast guard and police all subsequently searched the abandoned freighter which reportedly measures an impressive 177.35 meters in length, 27.91 meters in width and weighs 26,510 tons.

“No crew or cargo was found on the ship. It was quite puzzling how such a big ship turned up in our waters,” Ne Win Yangon, local MP for the nearby Thongwa municipality said, as cited by the Myanmar Times. “The authorities are keeping a watch on it.”

The ship is reported to have sailed under the flag of Indonesia and was last spotted off Taiwan in 2009. When the Burmese Navy inspected the ship on August 30, it had split in half having been beached on a sand bar for several days.

“In my opinion, the ship was recently abandoned. There must be a reason (why it was abandoned),” Aung Kyaw Linn, general secretary of the Independent Federation of Myanmar Seafarers said.

The Myanmar Department of Marine Administration is attempting to track down the ship’s owner but may be forced to salvage the vessel itself, reports The Irrawaddy.