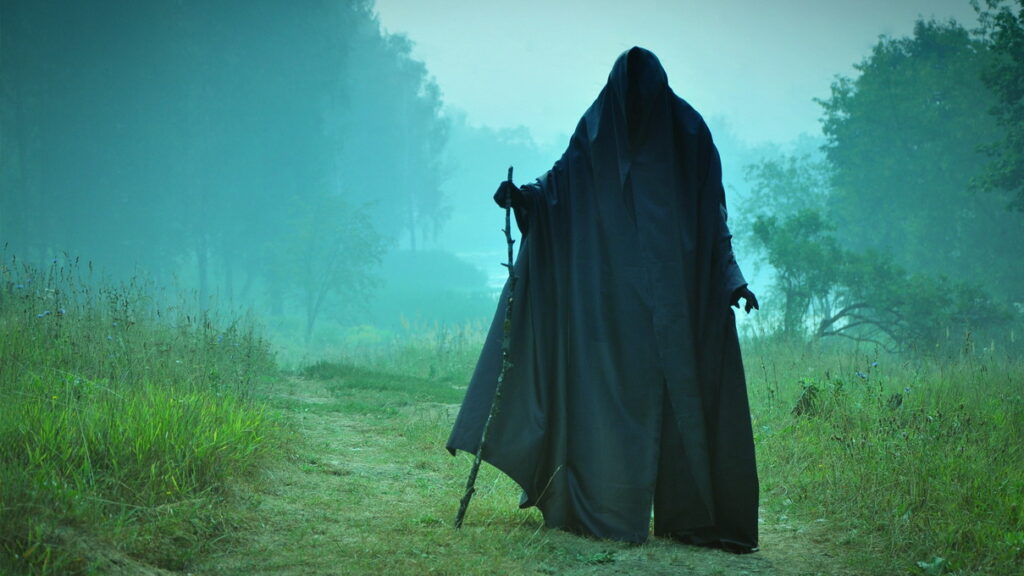 The actor, best known in the UK for his role as Dan Spencer on the ITV series, recently launched a spooky podcast that discusses all kinds of strange phenomena. Liam Fox showed this time footage of “paranormal activity” when he went on a ghost hunt in the house of a “violent poltergeist.” The details are reported by The Sun.

Liam, 51, launched the Into the Unknown podcast, which looks at ghostly activity across the UK, earlier this month with director Gina Lamb. The footage was described by the actor as “a deep and often carefree immersion in the supernatural.”

It is about the house, dubbed the “Black Monk of Pontefract”, which is well known as “the home of the most brutal poltergeist in Europe.” It is believed that a member of a religious community was killed there in the 16th century.

There was no white clothes there – there was nothing, the author of the material explained, where a light object was recorded moving behind the eyewitnesses and through the door. And what is no less interesting, what he saw was accompanied by frightening sounds.

“It’s scary to listen to, but every second is a true record of our day in the strangest house any of us has ever walked into,” Liam Fox concluded.

What do those living in the house say about the ghost

Jean and Joe Pritchard moved into a humble home with their son Philip, 15, and daughter Diana, 12, in 1966. But that same year, the family was alarmed by the paranormal activity taking place there. In particular, puddles of water suddenly formed, lights turned off and on again, furniture turned over, paintings were cut, objects took off or disappeared, disgusting odors spread through the house, and frightened people heard the sounds of heavy breathing.

The macabre events were accompanied by a mysterious figure in black, whose appearances became more and more frequent. Joe and Jean were the first in the family to come face to face with a spirit, a terrifying, wrapped shadow hovering over their bed. The spirit seemed to be clothed in a monk’s robe. This creature will soon be witnessed by the entire Pritchard family as well as paranormal researchers.

The attention of the foreign press was also attracted by a case with a clear fixation of a well-known phantom. As you can see, the picture shows the hand of a ghostly figure in a monk’s cassock, clutching a rosary.

“We saw how balls were thrown and we continued to hear knocking and banging. The hand you see in the photo is not a solid form – it looks like fog and is very strange, but you can see the sleeve of the robe hanging down. His hand has something like a robe hanging down, “the researcher described the picture. groups of paranormal activities.”

Advertisement. Scroll to continue reading.
In this article:Black Monk, poltergeist

Don’t Believe In Ghosts? These Chilling Stories Might Just Change Your Mind: Five Writers Reveal Their Own Spooky Encounters

Comedian Jennifer Saunders sent a few shivers down spines recently — and exposed herself to ridicule — when she confessed that she believes in...