The deployment of the “second wave of coronavirus” poses the question of the future for developed countries. In this scenario, too many people will be unemployed and dependent on social assistance. And there will be no one to protest.

We will live in a new way now

Recently, the telegram channel Proeconomics has delighted readers with a report on a sociological study conducted by Accenture. The study focused on long-term consumption trends. 8,800 people were interviewed in 20 countries. The main conclusion of the study:

The coronavirus pandemic and the reorientation of people to local consumption will lead to the so-called “decade of living at home” – the discomfort from being in public places and traveling, combined with a widespread decline in incomes, will force people to spend significantly more time at home and generally localize life within their neighborhood. 69% of respondents expect to spend most of their time at home over the next six months.

53% who did not work from home before would like to work remotely now. 56% of consumers said that the pandemic pushed them to make purchases in stores “in the neighborhood” – they do not intend to travel far to shop. 54% of the respondents admitted that they began to save more when making purchases and will continue to do so.

In general, the results of the research mean that people are mentally prepared to become much poorer and much less mobile. They have come to terms with the fact that the way of life in developed countries is becoming a thing of the past. More control, less freedom, much less opportunity – this is the forecast for the near future.

To be convinced of this, just look at our general sluggish reaction to the latest orders at the majority of countries. They should have caused a surge of misunderstanding and indignation, but, In response, silence. We are already used to it and even seem to take what is happening as normal.

We are afraid and we are very afraid

We don’t know if the Accenture study touched your country, but it’s quite obvious that these figures, perhaps with some corrections, are also true for all countries: a very large number of people during the “strangest pandemic in history” are used to traveling less often to work, not go far away on vacation, spend more time at home, and order the necessary purchases via the Internet. We even get out of the habit of going to the cinema (where there should now be two empty chairs between those sitting) and try to go to our usual shops less often so as not to run into the formidable and boorish: “Put on a mask!”

We listen to what the authorities say about the prospects for introducing new restrictions and with regret we understand that they will close it. They will close again. Despite common sense.

We look closely at the experience of Western countries and understand that freedom has been sacrificed there for control and the illusion of security. In essence, a sacrifice to emptiness. That people have already agreed to live poorer, much poorer and under much worse and tighter control than ever before in history.

The most important thing that we understand is that all this is now for a long time.

The other day, Israeli Prime Minister Benjamin Netanyahu, completely unwilling to scare his fellow citizens, spoke about a completely ordinary matter as follows:

The exit from quarantine this time will be phased and slow. There is a possibility that the restrictions will be lifted within six months, or even a year. There will no longer be such a way out of isolation, as happened in the first wave.

In parallel, the Israeli government began discussing the tightening of quarantine measures already introduced due to the coronavirus – in particular, a ban on leaving their homes further than 200 meters!

It is clear that the Israeli society will try to protest. But, most likely, unsuccessfully – the authorities have too strong an argument. Now in this small country, 13% of the tests carried out for covid give a positive result, and 9,000 new cases of the disease are recorded per day.

It is also clear that Netanyahu’s words mean that there will be no living small business in Israel after the quarantine. Large companies, the state economy and unemployed recipients of social assistance will remain. How many will there be? Tens of percent of the working-age population.

The prospect of a long quarantine and a complete restructuring of the entire economic and social life is hanging over all developed countries. Humanity, in fact, does not know how to plan ten years in advance. But it is quite possible to look a year ahead.

If we really are waiting for such a long period of restrictions, then by the end we will have a society of very poor, even catastrophically poor compared to the current state of affairs of the townspeople, for whom it is critically important to receive various benefits from the state – they will no longer be able to live without them. It is not so important what these benefits will be called, it is important that they form the very “basic unconditional income” that has been talked about for so long.

Now people who yesterday counted on their own strength will become recipients of this help simply for lack of anything better. They will not be able to work, will sit at home and quietly drink beer in their small apartments. Neither go out to have fun, nor go to work. A month, another, a third … None of these recluses will feel guilty about their fate – this is an epidemic and the state decided so. No one will feel able to change their destiny.

It’s good for journalists – they can write while sitting on their couch (although the big question is who will be able to pay for their work). Good for teachers, some scientists … And what should a car mechanic do in quarantine?

The end of small and medium-sized businesses, the end of an economy independent of the state – this is how the most pessimistic forecast looks like.

Add to this the sharp division of this future society into those who are critically dependent on the state social policy, since they failed to integrate into the new economy and those who are employed in the real sector – they grow bread, pour steel, generally “forge something iron” or, for example, mines raw materials.

These people cannot be driven to a distance – and now, in general, they already consider office plankton as parasites. In the new society they will have all the more reasons for this. And the more seriously the state will have to separate the interests of the working class and the recipients of social assistance. Inevitable social conflicts will have to be extinguished by brutal methods. A brave new world will need a truly police state to ensure stability. 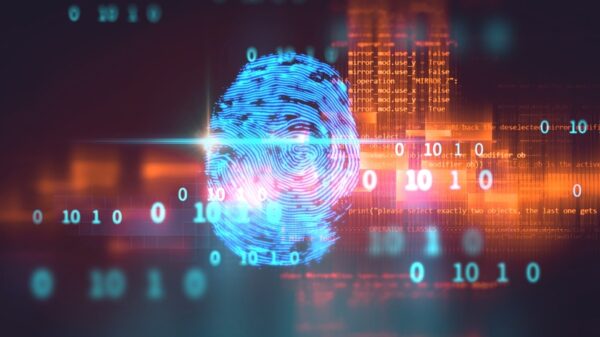 Social war! Japan wants to link vaccination passports to fingerprints. in Germany, the debate began on quarantine for the unvaccinated

A demonstration experiment of a computer system with verification of a vaccination certificate using a fingerprint scanner was launched by a group of Japanese...