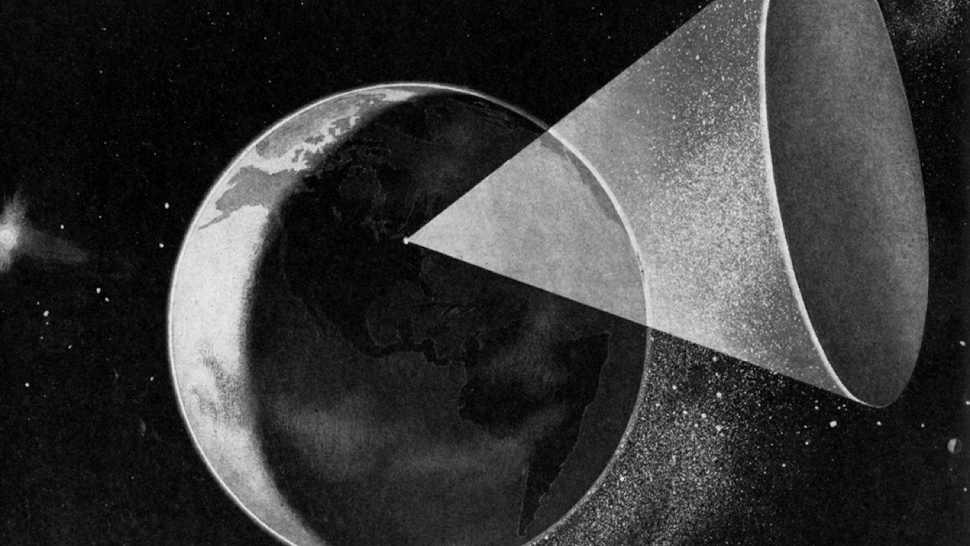 Back in 1945 it was revealed that German scientists had been planning to build a giant space mirror.
The claim originated with US army experts and was reported in an issue of Life magazine. According to the report, German scientists had devised plans to construct a huge mirror in space that could act as a devastating weapon by focusing the Sun’s rays. Originally proposed by Hermann Oberth in 1923, the device could be ultimately used to attack enemy cities or to boil off areas of the ocean.
“My space mirror is like the hand mirrors that schoolboys use to flash circles of sunlight on the ceiling of their classroom,” wrote Oberth. “A sudden beam flashed on the teacher’s face may bring unpleasant reactions…I was a schoolteacher long enough to have collected certain data on the subject.”
Despite the potential for such a weapon, the limited technology of the time meant that there was little hope of actually building it and the plan was ultimately scrapped.

Back in 1945, Life magazine revealed to its readers how “U. S. Army technical experts came up with the astonishing fact that German scientists had seriously planned to build a ‘sun gun’. ”
MORE..
In this article:1945, Germany, Life magazine, Solar weapon, space mirror