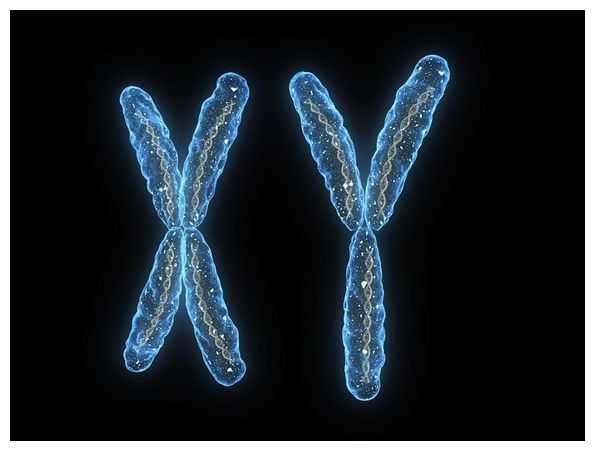 Almost every man alive can trace his origins to one man who lived about 135,000 years ago, new research suggests. And that ancient man likely shared the planet with the mother of all women.
The findings, detailed today (Aug. 1) in the journal Science, come from the most complete analysis of the male sex chromosome, or the Y chromosome, to date. The results overturn earlier research, which suggested that men’s most recent common ancestor lived just 50,000 to 60,000 years ago.
Despite their overlap in time, ancient “Adam” and ancient “Eve” probably didn’t even live near each other, let alone mate.

“Those two people didn’t know each other,” said Melissa Wilson Sayres, a geneticist at the University of California, Berkeley, who was not involved in the study.
Researchers believe that modern humans left Africa between 60,000 and 200,000 years ago, and that the mother of all women likely emerged from East Africa. But beyond that, the details get fuzzy.
The Y chromosome is passed down identically from father to son, so mutations, or point changes, in the male sex chromosome can trace the male line back to the father of all humans. By contrast, DNA from the mitochondria, the energy powerhouse of the cell, is carried inside the egg, so only women pass it on to their children. The DNA hidden inside mitochondria, therefore, can reveal the maternal lineage to an ancient Eve.
But over time, the male chromosome gets bloated with duplicated, jumbled-up stretches of DNA, said study co-author Carlos Bustamante, a geneticist at Stanford University in California. As a result, piecing together fragments of DNA from gene sequencing was like trying to assemble a puzzle without the image on the box top, making thorough analysis difficult.
Bustamante and his colleagues assembled a much bigger piece of the puzzle by sequencing the entire genome of the Y chromosome for 69 men from seven global populations, from African San Bushmen to the Yakut of Siberia.
By assuming a mutation rate anchored to archaeological events (such as the migration of people across the Bering Strait), the team concluded that all males in their global sample shared a single male ancestor in Africa roughly 125,000 to 156,000 years ago.
In addition, mitochondrial DNA from the men, as well as similar samples from 24 women, revealed that all women on the planet trace back to a mitochondrial Eve, who lived in Africa between 99,000 and 148,000 years ago  –  almost the same time period during which the Y-chromosome Adam lived.
But the results, though fascinating, are just part of the story, said Michael Hammer, an evolutionary geneticist at the University of Arizona who was not involved in the study.
A separate study in the same issue of the journal Science found that men shared a common ancestor between 180,000 and 200,000 years ago.
And in a study detailed in March in the American Journal of Human Genetics, Hammer’s group showed that several men in Africa have unique, divergent Y chromosomes that trace back to an even more ancient man who lived between 237,000 and 581,000 years ago.
“It doesn’t even fit on the family tree that the Bustamante lab has constructed  –  It’s older,” Hammer told LiveScience.
Gene studies always rely on a sample of DNA and, therefore, provide an incomplete picture of human history. For instance, Hammer’s group sampled a different group of men than Bustamante’s lab did, leading to different estimates of how old common ancestors really are.
Adam and Eve?
These primeval people aren’t parallel to the biblical Adam and Eve. They weren’t the first modern humans on the planet, but instead just the two out of thousands of people alive at the time with unbroken male or female lineages that continue on today.
The rest of the human genome contains tiny snippets of DNA from many other ancestors  –  they just don’t show up in mitochondrial or Y-chromosome DNA, Hammer said. (For instance, if an ancient woman had only sons, then her mitochondrial DNA would disappear, even though the son would pass on a quarter of her DNA via the rest of his genome.)
As a follow-up, Bustamante’s lab is sequencing Y chromosomes from nearly 2,000 other men. Those data could help pinpoint precisely where in Africa these ancient humans lived.
“It’s very exciting,” Wilson Sayres told LiveScience. “As we get more populations across the world, we can start to understand exactly where we came from physically.”