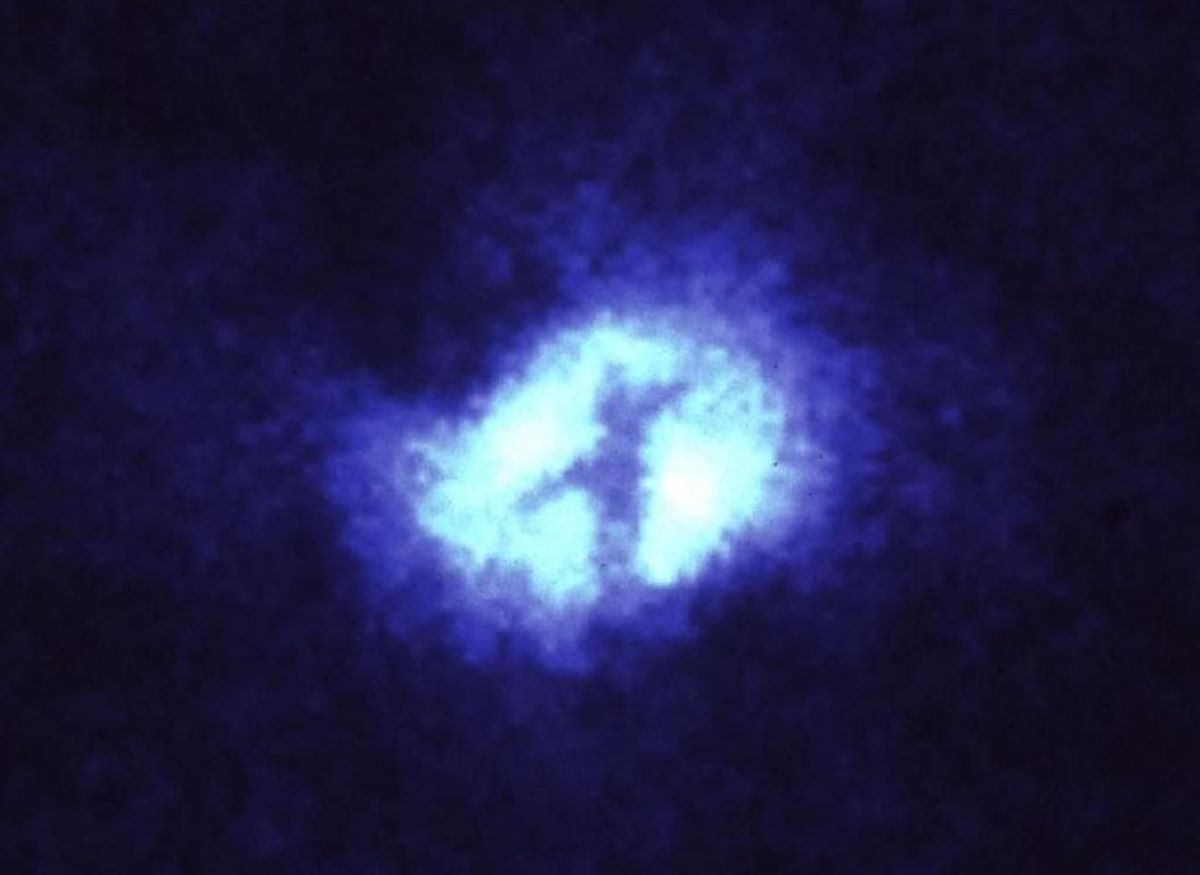 AN incredible image of what appears to be a cross at the centre of the galaxy has sparked theories it’s the gateway to heaven.

The image was first released by the space agency in June 1992 – according to hubblesite.org – but has just reemerged on conspiracy website Disclose.tv.

According to hubblesite.org, which first published the image, the cross is due to “absorption by dust and marks the exact position of a black hole”.

It is also 1,100 light-years away from Earth, the website reveals.

It writes: “The darkest bar may be an edge-on dust ring which is 100 light-years in diameter.

“The edge-on torus not only hides the black hole and accretion disk from being viewed directly from Earth, but also determines the axis of a jet of high-speed plasma and confines radiation from the accretion disk to a pair of oppositely directed cones of light, which ionize gas caught in their beam.

“The second bar of the “X” could be a second disk seen edge on, or possibly rotating gas and dust in MS1 intersecting with the jets and ionization cones.”

The incredible find has sparked claims it could prove the existence of heaven.

One commenter wrote on Disclose.tv: “Wow I guess I’ve been wrong all these years!

“This is surely a sign that God exists and he is showing us that heaven resides with the very centre of our galaxy.”

Another wrote: “Interesting. I’d say X marks the spot, but it does look like a crucifix. In fact, it looks like a figure hanging off of a crucifix…”

In this article:centre of the galaxy, existence of heaven