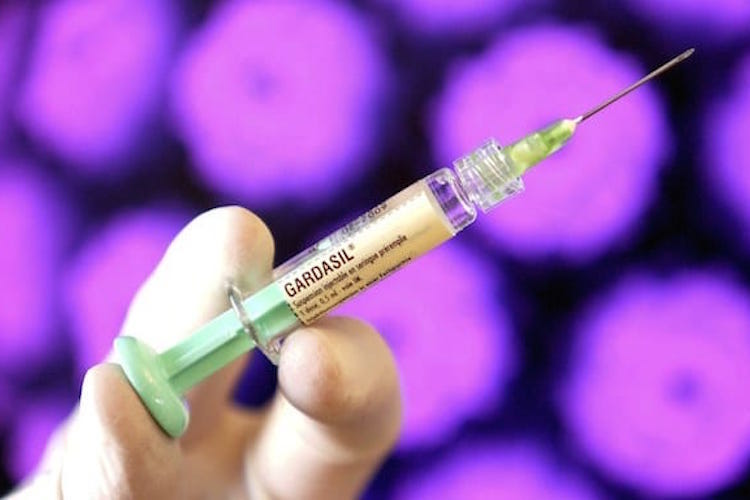 In our September 18th debate for Spectrum TV, Kaiser’s Chief of Pediatrics, Dr. Robert Riewerts, parroted Pharma’s popular canard that the Gardasil vaccine has eliminated cervical cancer in Australia—the first country to mandate the jab. This is false.

… Gardasil actually increases the risk of cervical cancer by a terrifying 44.6% among women who were exposed to HPV infection prior to vaccination.
Slide 1: Table 17 from Merck’s own clinical studies.

The table shows that Gardasil actually increases the risk of cervical cancer by a terrifying 44.6% among women who were exposed to HPV infection prior to vaccination. If anyone ever bullies you to take Gardasil, look up “Gardasil Vaccine Insert” on your cell phone to see all of the adverse events and show them this table. [From original BLA. Study 013 CSR. Table 11-88, p. 636] 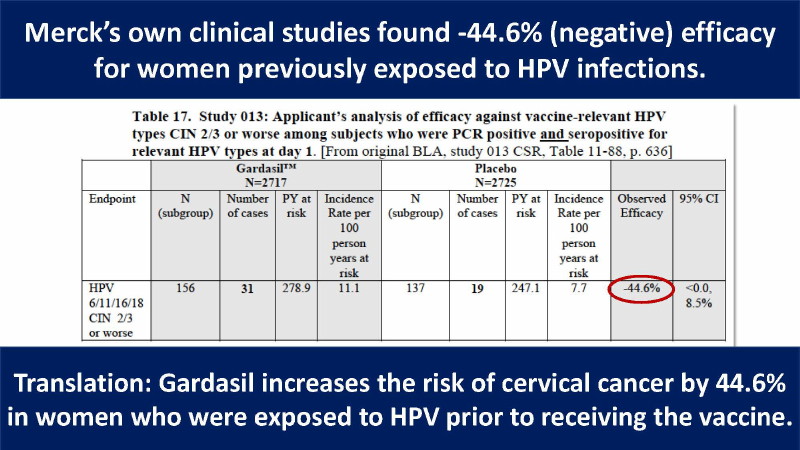 Slide 2: 34% of children ages 2-10 have HPV infection due to non-sexual transmission.

This data shows that nearly HALF OF ALL WOMEN HAVE HAD PRIOR EXPOSURE TO HPV—with 38% being exposed before age 10. (which puts them at an increase of developing cancer if they have the HPV vaccine.) [Journal of Pediatric & Adolescent Gynecology, 29(3):228-233, June 2016.] 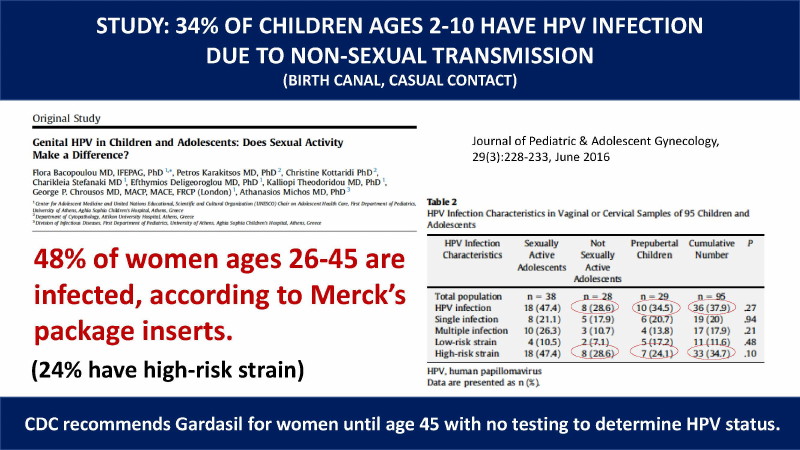 Slide 3: The results of pap-smears before the pre-vaccination period.

Pap smears drove the dramatic decline of cervical cancer prior to the introduction of Gardasil in four countries. During the 1989-2007 period, the incidence of invasive cervical cancer declined continuously in all countries with pap screening. 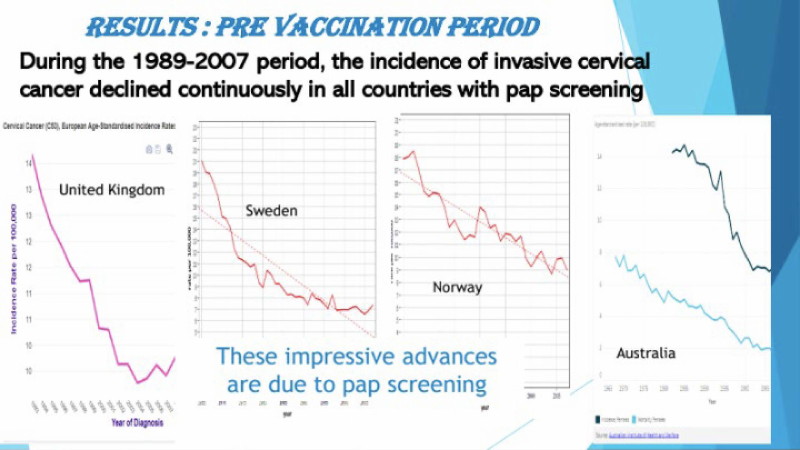 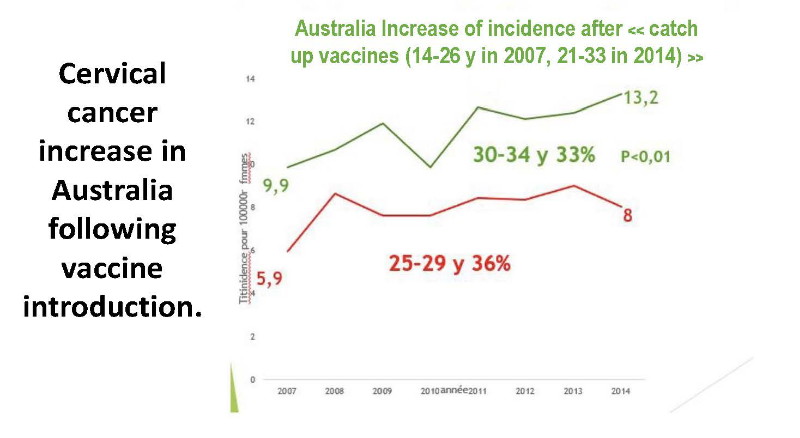 The same trend as Australia is seen in Sweden. The incidence of invasive cancer climbed from 2011, two years after vaccination campaign. [Graph published by Nordcan 2019 05 29.] 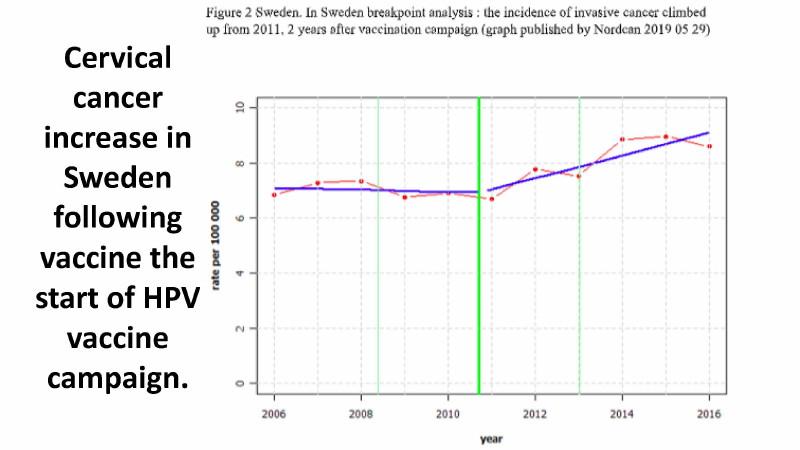 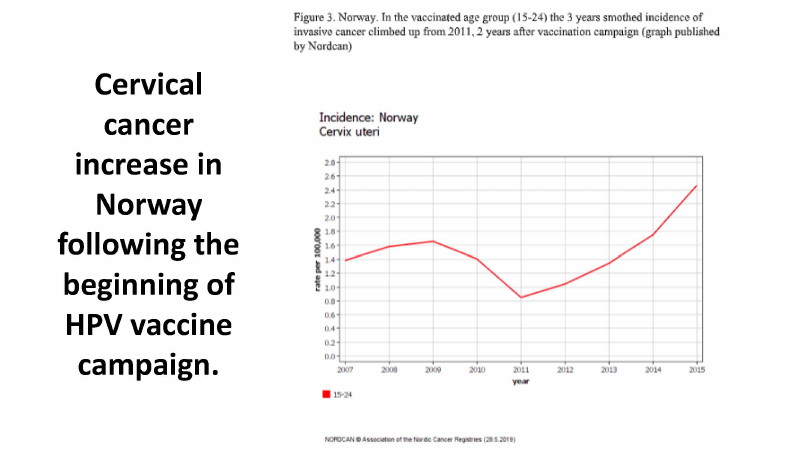 Slide 7: Cervical cancer increase in the United Kingdom following the start of the HPV vaccination program.

The United Kingdom also shows a similar pattern. In the vaccinated age group, the incidence of cancer jumped in 2011, three years after the start of the campaign. [Graphic from Cancer Research UK] 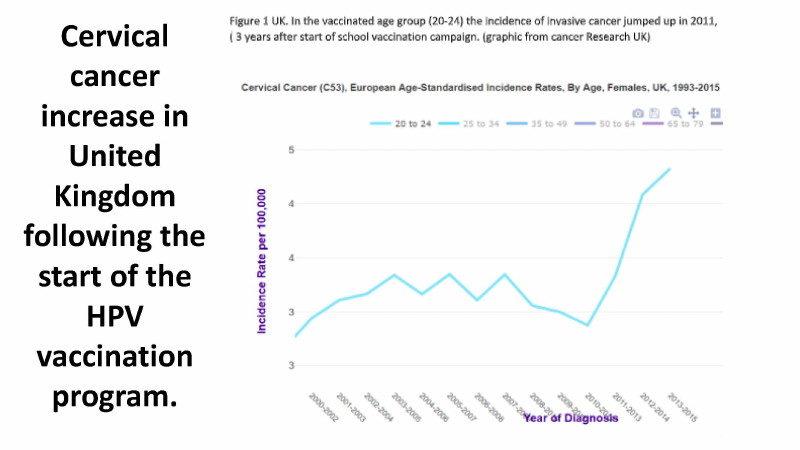 The correlation between Gardasil uptake and increase in cervical cancer is correlation, not proof of causation.

Slide 8: Trends of incidence of invasive cervical cancer in France during first years of vaccination.

France has low Gardasil uptake and is the only of these nations where cervical cancer continues to decline. [Graph from International Agency for Research on Cancer, World Health Organization.] 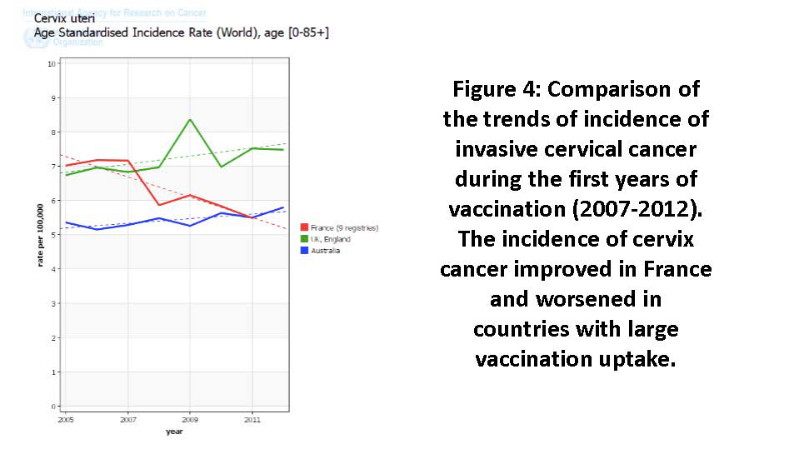 The correlation between Gardasil uptake and increase in cervical cancer is just that—a correlation—not proof of causation. Only robust science—not name-calling or censorship—can answer whether, and why, Gardasil may be causing an increase in cervical cancer. Let’s ask social media titans to stop broadcasting Pharma’s propaganda and censoring open debate. Let’s demand that Pharma’s spokespeople support their claims with science.

In this article:cervical cancer, Gardasil vaccine 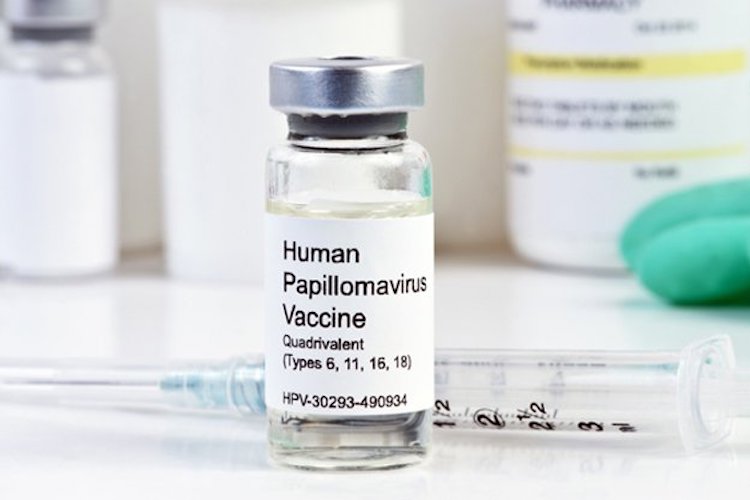 25 Reasons to Avoid the Gardasil Vaccine

Children’s Health Defense Waking Times It has been 13 years since the U.S. Food and Drug Administration (FDA) supplied fast-tracked approval for Merck’s Gardasil vaccine—promoted for...