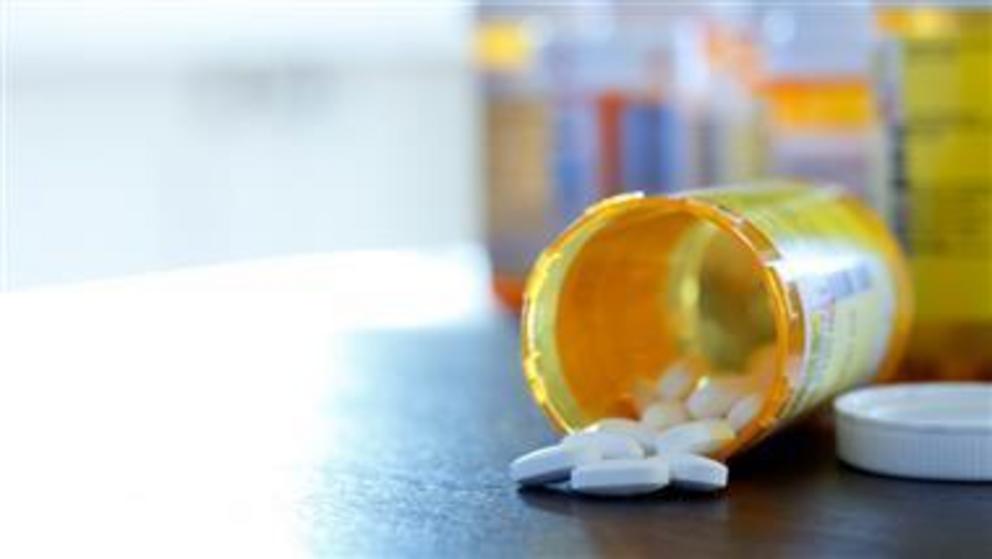 Suicide rates are at an all-time high since World War II, and there are several different reasons for this. One of the factors that is often ignored is the influence many medications have on your mental stability. Antidepressants are perhaps the most well-known in this regard, but violent behavior and suicide are side effects of other medications as well.

Two primary gabapentinoids are gabapentin and pregabalin, which are used for the treatment of epilepsy and neuropathic pain disorders. Pregabalin, such as Lyrica2 (which is increasingly associated with addiction and abuse3), is also prescribed for anxiety in Europe and fibromyalgia in the U.S. Globally, this class of drugs was among the 15 best-selling medications of 2016.4

Gabapentinoids are structural analogs of γ-amino butyric acid (GABA) that selectively block voltage-dependent calcium channels.5 Common side effects include dizziness, fatigue, visual disturbances and mental difficulties.6 However, these drugs have also been linked to a significantly increased risk of suicidal behavior.

The study,7,8 published online in April 2019 in the journal BMJ, examined data on 191,973 Swedish residents who filled gabapentinoid prescriptions in the years between 2006 and 2013.

In that time, 5.2% of them either received treatment for suicidal inclinations or died from suicide; 8.9% unintentionally overdosed, 6.3% were involved in a traffic accident or traffic-related offense; 36.7% were treated for a head or body injury due to an accident, and 4.1% were arrested for a violent crime. The researchers concluded gabapentinoids treatment was associated with:

Of the two gabapentinoids, pregabalin — which is the newer of the two9 — was clearly the worst, accounting for most of these adverse effects, while gabapentin — an older drug — showed “no statistically significant hazards.”

Stratified by age, the risks associated with these drugs were the highest among those aged 15 through 24, and the risks were dose-dependent, so the higher the dose, the greater the risk. According to the authors:10

“This study suggests that gabapentinoids are associated with an increased risk of suicidal behavior, unintentional overdoses, head/body injuries, and road traffic incidents and offences. Pregabalin was associated with higher hazards of these outcomes than gabapentin.”

As is often the case, the risks associated with these drugs have only become apparent as their usage has increased. Dr. Derek K. Tracy of Queen Mary’s Hospital told Reuters that:11

“While it’s not clear why prescribing of gabapentinoids has grown so rapidly … anecdotally it appears that many doctors regarded them as relatively effective and with a low side effect profile.

As we accumulated more information over time, it has become clear that this is not the case, and most recently there has been a countering drive to try reduce their usage as their harm profile came more to the fore.

It is also becoming clearer with time that some people are becoming dependent (“addicted”) to gabapentinoids, though we still lack good information on exactly how common that is, or which groups of people might be more vulnerable to this.”

Opioids by themselves are associated with a high risk of death through unintentional overdosing, but when combined with other drugs, that risk is significantly magnified.

According to the featured BMJ study,12 research13 published in 2017 demonstrated that concomitant use of gabapentin and opioids raised the risk of death by 60% over and beyond the risk associated with either drug by itself.

Concomitant use of opioids and benzodiazepines or “benzos” — such as Valium, Ativan, Klonopin and Xanax — which are widely prescribed for anxiety and insomnia, also raises your risk of death by a significant margin.

The study also found that the greater number of clinicians were involved in a patient’s care, the greater the risk of overdose — a finding that highlights the lack of communication between doctors prescribing medication to the same patient, and the clear danger thereof.

Suicide is at a 20-year high

The influence of medication on suicide risk is an important consideration, as suicide rates have dramatically risen over the years. According to the latest statistics16,17 published in the June 2019 issue of JAMA, the suicide rate in the U.S. is now at a 20-year high, having risen 30% between 2000 and 2016 across all age groups.

A couple of groups have seen particularly sharp rises, namely Native Americans and Alaska Natives — among whom the suicide rate between 1999 and 2017 rose 139% among women and 71% among men18 — and teenagers, boys in particular.

Lead investigator Oren Miron, a research associate at Harvard Medical School in Boston, told Medicinenet.com,19 “It really is an unprecedented surge. You can go back decades and you won’t find such a sharp increase.” Miron blames the rise on two primary sources: opioid abuse and social media.

“It’s much easier to bully. The apps are getting smarter and smarter at providing anonymity and hiding activity from grown-ups,” he told Medicinenet.com, adding “Parents and teachers need to be aware that the rates have reached their highest recorded level, and they need to be on the lookout for both boys and girls.”

Clinical psychologist and suicide prevention specialist Pamela Cantor, who was not involved in any of the studies mentioned, told Medicinenet.com that “kids are ‘intensely programmed’ to achieve and have too little time to just enjoy their youth.” Other influences identified by Cantor, which can raise a child’s risk of suicide, include:

Alaska Native women have the highest domestic battery rate of any group in the U.S. — 10 times higher than the rest of the U.S. The murder rate of indigenous women is also more than 10 times the national average.23 Race discrimination worsens the tragedy, as a majority of these women never get any kind of justice. As reported by the Indian Law Resource Center:

“For more than 35 years, United States law has stripped Indian nations of all criminal authority over non-Indians. As a result, until recent changes in the law, Indian nations were unable to prosecute non-Indians, who reportedly commit the vast majority (96%) of sexual violence against Native women.

However, it is unacceptable that a non-Indian who chooses to marry a Native woman, live on her reservation, and commit acts of domestic violence against her, cannot be criminally prosecuted by an Indian nation and more often than not will never be prosecuted by any government.”

Children whose parents use opioids have greater suicide risk

In related news, recent research24 shows children and teens whose parents use opioids have more than double the suicide rate — 0.37% compared to 0.14% — of those whose parents do not use opioids. In a press release, senior author Robert Gibbons, Ph.D., professor of biostatistics and director of the Center for Health Statistics at the University of Chicago, stated:25

“We theorized such a link was plausible because parental substance abuse is a known risk factor for suicide attempts by their children. In addition, depression and suicide attempts by parents — which are known to be related to suicidal behavior in their offspring — are more common among adults who abuse opioids.”

Co-author Dr. David A. Brent, psychiatrist and chair of suicide studies at the University of Pittsburgh commented on the results:26

“These findings demonstrate that opioid use by a parent or parents doubles the risk for suicidal behavior by their children. The epidemics of adult opiate abuse and child suicidal behavior appear to be linked, and the disturbing upward trends in mortality due to opiates and due to child suicide may have common roots.”

Red Flags — Is someone you know suicidal?

If someone close to you has recently endured a hardship, or you have noticed a change in their behavior, how can you tell when ordinary stress or sadness has progressed to a potentially suicidal level? Besides straightforward or “sideways” comments about not wanting to live any longer, some of the red flags that a person has a high risk for self-harm include:27

No plan for the future

Making or changing a will, or writing about feeling hopeless or suicidal

Giving away personal belongings for no apparent reason

Frequent and/or increased use of drugs or alcohol

If you think someone is suicidal, do not leave him or her alone. A person who appears suicidal needs immediate professional help. Help the person to seek immediate assistance from their doctor or the nearest hospital emergency room, or call 911. Eliminate access to firearms or other potential suicide aids, including unsupervised access to medications.

If you are feeling desperate or have any thoughts of suicide, call the National Suicide Prevention Lifeline, a toll-free number, at 1-800-273-TALK (8255), or call 911, or simply go to your nearest hospital emergency department.

In this article:gabapentinoids, suicidal behavior