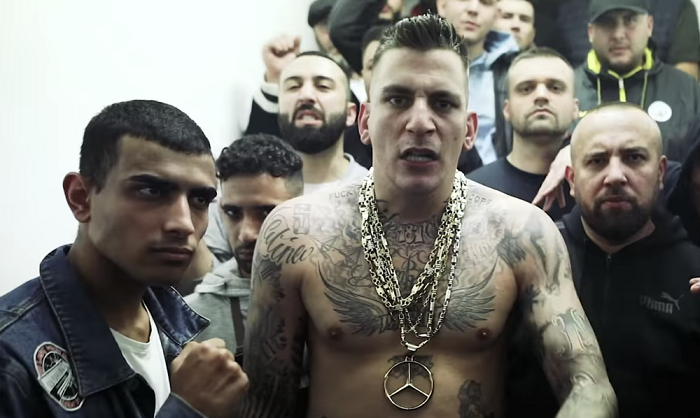 Freemasonry, the importance of various symbols, including hidden, secret CIA programs and other organizations, programs for indirect propaganda in television shows, movies and even cartoons, are particularly popular in America, and especially in conspiracy theories.

A rehearsal for a psychological war?

Many people have probably heard the story of how in 1938, while listening to a radio play based on the book by HG Wells’ “War of the Worlds”, thousands of Americans have decided that aliens from Mars really invaded their country.

There was a great panic in the cities. People tried to seek asylum, locked themselves in the basements of their houses, etc.

According to many historians, the panic that has actually arisen was small or the whole story about it was, in fact, a fabrication. There is a theory of conspiracy that states that all this was no accident, but a specially prepared act for the rehearsal of psychological warfare.

This theory is based on the claim that the Princeton University Radio Research Project, funded by the Rockefeller Foundation, was conducting a mass survey of residents in the states where the broadcast was transmitted.

This poll found that about 25% of the program’s 6 million listeners believed in invading aliens. That is, if it really was a test for a psychological attack, then it had completely failed.

Was John Lennon’s killer controlled by the CIA?

On December 8, 1980, a John Lennon fan, shoots the singer, near the Dakota Building in Manhattan, where John and his wife Yoko lived in a rented apartment.

What prompted Chapman to kill one of the most beloved people in the world at the time, no one really knows. Chapman himself states that he did not want to kill anyone, and that he was to blame for the devilish entity that had infiltrated him and ordered him: “Do it! Do it!“. That voice, the killer began to hear about three months before Lennon’s assassination.

It is curious that three years before this event, information about the CIA’s secret MK-Ultra Project leaked to the press. One of the goals of the Project was to achieve complete control over one’s mind.

Using this technology, the CIA could train its “Manchu candidates” who would do what they were told. Including murder.

A person subject to such influence would behave exactly like Chapman. He heard voices in his head urging him to do this or that, and he could not resist them. In this case, after the execution of John Lennon’s murder, the votes disappeared completely.

But if that happened, the question is: Why would the US authorities want to kill John Lennon?

According to one version, the reasons are that John had too much influence on the people and at the same time opposed the wars, especially the war in El Salvador, which the US led in the same year.

It is alleged that the CIA first became interested in Lennon after he gave a concert in 1971 in support of activist John Sinclair, who had been imprisoned for 10 years on a completely fictitious pretext. Shortly after Lennon’s concert, mass protests began in defense of Sinclair and by December 1971 he was released.

Gangsta rap was created to promote criminal culture and violence

In the late 1980s and early 1990s, there was a radical change in rap music. Rap is divided into two different sub-genres – the so-called ‘conscious hip-hop’ and ‘gangsta rap’. A few years later, conscious hip-hop almost disappears, and gangsta rap flourishes, becoming the dominant one, crushing all American pop music.

In April 2012, one of the music blogs published an article on a conspiracy theory explaining why gangsta rap was leading. An anonymous author claims to be one of those who attended a special meeting of a small group of people in 1991. The purpose of the meeting was to introduce a new culture to rap music and pop culture, and the people behind it were from the US private prison industry.

The idea was to use the musical style to promote the attractive side of criminal life among young people. Young people in the poorest areas, especially the ghettos, from an early age were involved in drug trafficking, involved in shootings and actively filled prison cells, that is, providing private prisons with a good income.

Critics of this theory still find many inconsistencies in it, but many more believe it and find much evidence of what is happening.

In 1997, in an episode of The Simpsons, the cover of a New York magazine with the two twin towers of the World Trade Center in the background, big 9, appeared for a few seconds. the dollar sign with two traits next to that nine.

This image was forgotten by viewers, but after the September 11, 2001 terrorist attacks, one of them, watching the old episodes of The Simpsons, sees this cover and is shocked at how accurately the event was predicted.

The characters and the plot had no logical connection to the cover shown. As if, it was specifically shown, unrelated to the animated movie.

There are many other weird “predictions” in cartoons and movies, like the 9/11 attack and other major events and disasters. What is it? Just a coincidence or a deliberate activity by someone?

The Walt Disney company, for many years, is related to sinister conspiracy theories. Most often, these are conspiracies on the topic of sexual perversion: from secret gay parties that take place in Disneyland involving children, to the introduction of sexual characters in films and animations to manipulate young viewers.

In cartoons such as The Rescuers, The Little Mermaid, Mickey Mouse, and others, people find random objects that, when viewed more carefully, appear intentionally drawn and shaped of the genitals or bare female breasts.

One of the viewers watching the movie Aladdin suddenly heard a gin in one of the scenes saying very softly and quickly, “Good teens, take off your clothes .” The exact scene was not mentioned, but other commentators later wrote that they also heard this strange phrase while watching Aladdin.

Over the last few years, the Walt Disney Company has become a real evil corporation, destroying many smaller companies. Because of this, Americans have become familiar with Disney’s images since birth and continue throughout their lives: on household items, clothing, school, work.

Most of the revenue-generating film production in American cinemas is Disney production. One can only guess what hidden characters and messages are encoded in the new movies and animations.

In this article:DisneyConspiracies, War of the Worlds 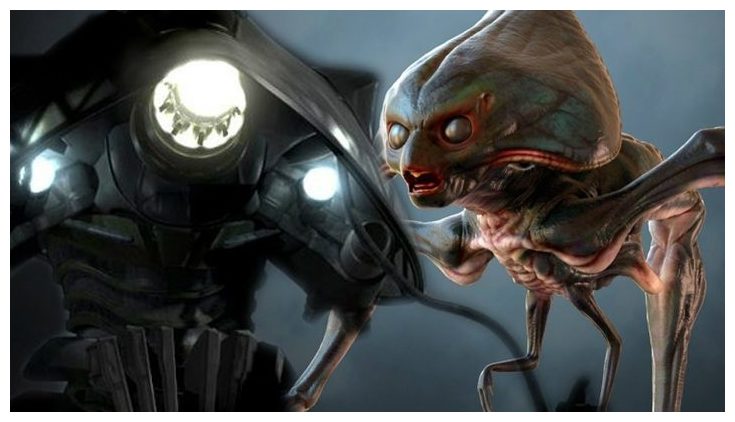 © Outer Places      The world is still adjusting to the discovery that the Pentagon maintained a secret UFO program for over the past...