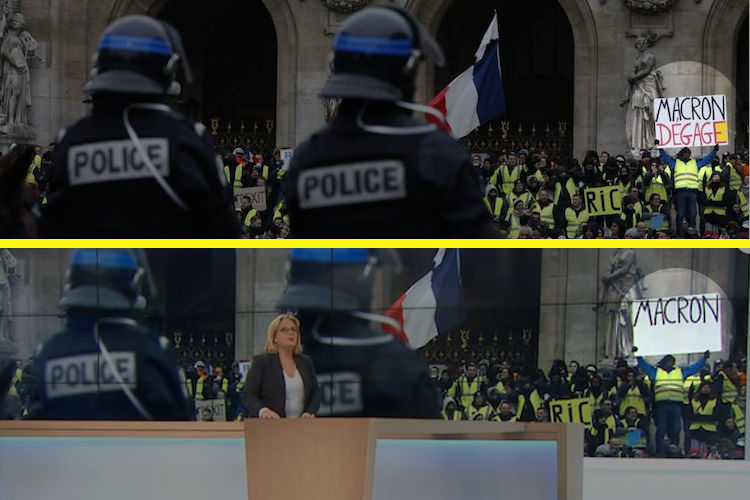 All eyes are on the monumental protests in France, where so-called ‘yellow vest’ dissidents are engaging in what is potentially the most significant ant-government demonstrations in recent memory. At issue are an array of globalist policies, like major tax increases on fuel, that would wreak further havoc on an already rapidly decaying French society.

“To make it clear, the protests are now also about pro-nationalism and anti-globalism, as well as ‘Frexit’ (the French exit from the European Union). They also reject the propaganda of the mainstream media, debt owed to the EU, austerity in general and the ill-conceived carbon tax.” ~Phillip J. Watt

The stakes are very high for the globalist elements working to further merge Europe into a centrally-managed, culturally-ambiguous superstate. Mainstream media in Western democracies often seems to function as a propaganda arm of the state, helping to maintain control over public perception of important social events.

Recently France TV 3 recently aired a segment on the ongoing yellow vest protests, shamelessly doctoring and editing a protest sign being held by a French dissident. The sign originally read “Macron Degage,’ which means ‘Macron Resign,’ a defining issue in these protests. The same photo aired on France TV, however, with the word ‘Degage’ whited out.

Here is the original photo from Agence France Presse (AFP): 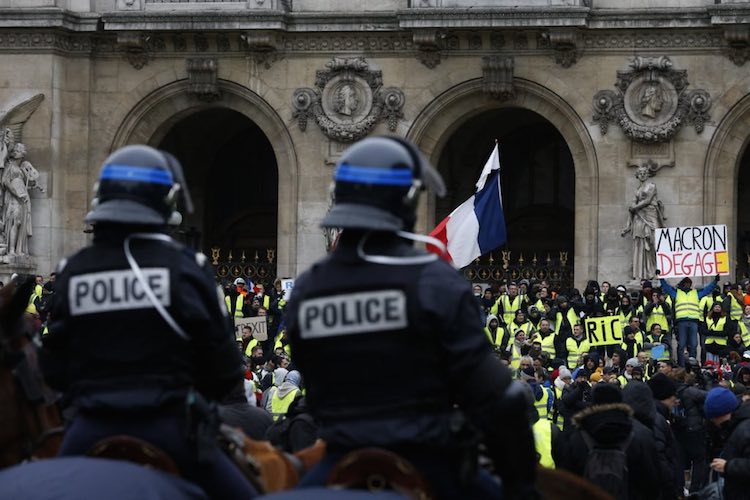 And take a close look at the version of the photo that aired France TV 3: 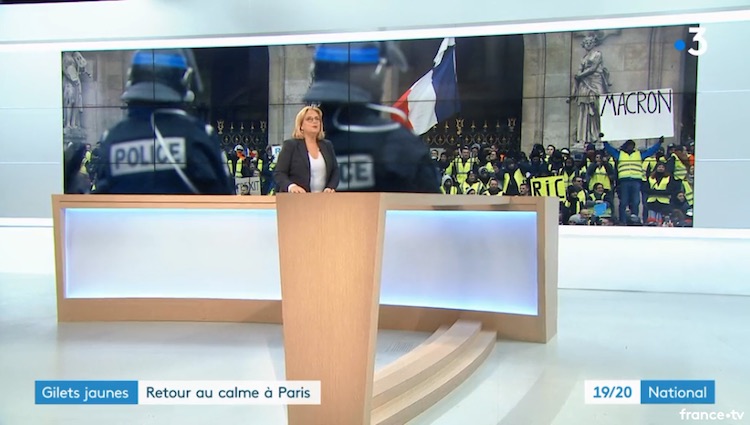 An edit like this has a profound affect on public perception, as it changes the entire meaning of the photo, making it appear as though there are large groups of people out in support of beleaguered French president Emmanuel Macron, which there are not.

The effect on the public psyche is subtle, but when added to the onslaught of media coming at us, 90% of which is owned by a mere 6 corporations, its easy to understand how the mainstream media helps to manufacture consent for the oligarchy. This is why public perception on issues is often very slow to change, and why people are so insanely divided about social and political issues today. This is why we have a world in which the most pressing problems such as war, government debt, or massive corporate destruction of the environment are never adequately addressed.

But we live in a strange age. It is the first ever global information war. Are you paying attention?

This article (French Media Caught Doctoring Images of Yellow Vest Protestors for Televised News) was originally created and published by Waking Times and is published here under a Creative Commons license with attribution to Vic Bishop and WakingTimes.com. It may be re-posted freely with proper attribution, author bio and internal links.

In this article:Frexit, Yellow Vest Protestors