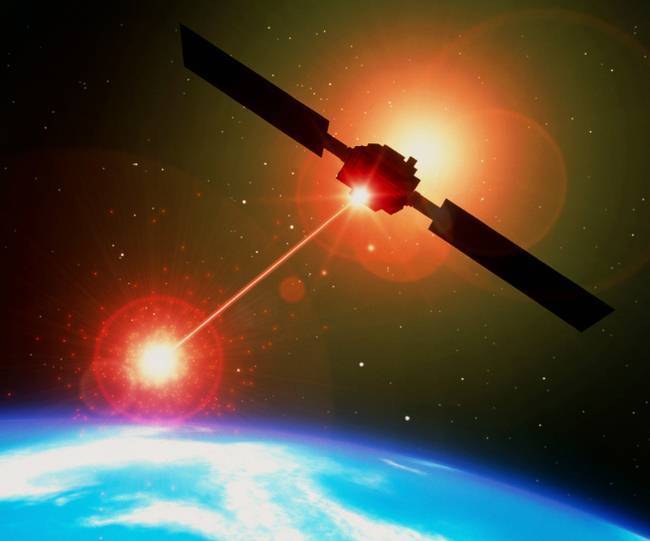 Months after President Donald Trump signed a directive to create the United States Space Force, France has begun to prepare the ground for the creation of its own version.

French President Emmanuel Macron announced that the Air Force will establish a space command for the purpose of national defense; particularly the protection of French satellites, according to Le Point .

First, France will launch the next generation of Syracuse satellites equipped with cameras to identify space threats, such as anti-satellite weapons.

Currently, the French army operates a constellation of three Syracuse satellites, mainly used for communications between the country and troops dispatched abroad. But after the new cameras are tested, France will launch another generation of satellites that will also be able to destroy enemy satellites.

“If our satellites are threatened, we are considering blinding those of our opponents,” said French Defense Minister Florence Parly on July 25 at 942 Lyon Mont-Verdun Air Base. “This could be done by using lasers from our satellites or from our patrol nano-satellites.”

And while the Outer Space Treaty does not allow the testing of weapons of mass destruction or nuclear weapons in orbit, and other United Nations treaties also prohibit the weaponization of space, France does not intend to violate these treaties or initiate space battles. With your satellites

«An active defense is not an offensive strategy; it’s self defense, ”Parly argued. “It is what happens when a hostile act has been identified as such, and it is acceptable within the limits of international law to be able to respond in an appropriate and proportionate manner. The law prohibits neither legitimate defense nor militarization.

«We don’t want to embark on a space arms race. We will only carry out a reasonable arsenalization, ”he added.

The project will reallocate an additional $ 780 million to the current space budget of $ 4 billion from 2021 to 2025 and involve 220 soldiers from several French military space agencies. The plan is for this entire operation to start from a new airfield built in Toulouse in 2025, and Parly argues that the project “will not be a fantasy, but that it is an incredible ambition.”

In this article:French satellites, lasers