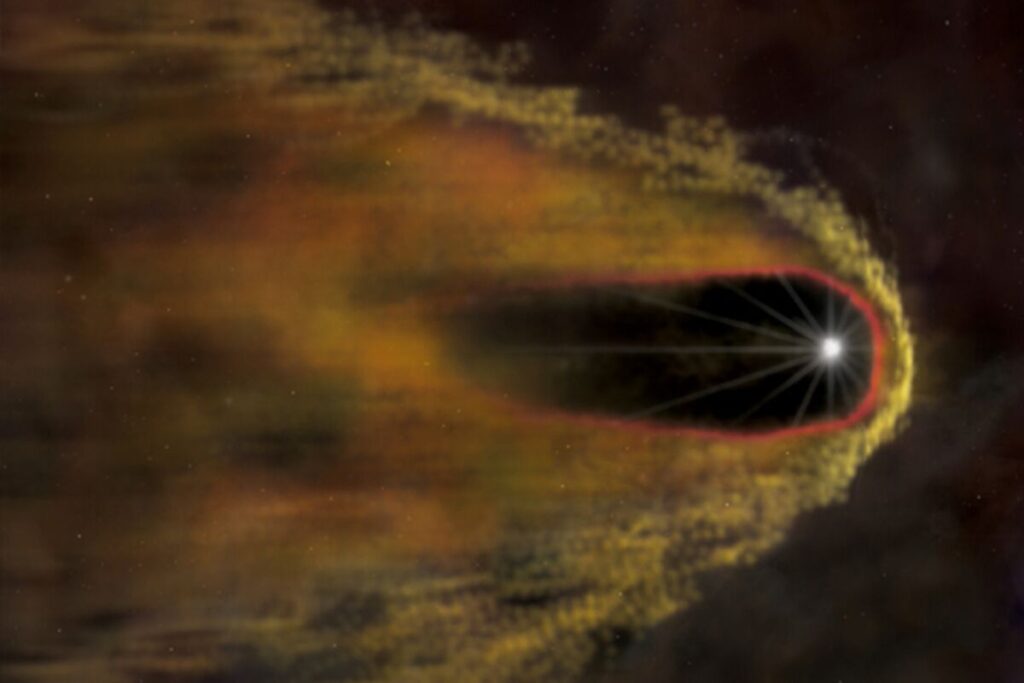 Former US Army Lieutenant Colonel Ken Jordan, who joined the MUFON organization, said that out of 10% of UFO reports, in his opinion, indeed, indicate the existence of aliens.

While skeptics believe that extraterrestrial life is found only in films and books, there are real-life experts who are intently observing what is happening in the sky. Since 1969, groups of people across the country, united by the Mutual UFO Network (MUFON), have devoted their time to exposing and confirming reports of sightings of unidentified flying objects.

Ken Jordan, Managing Director of MUFON’s Texas Branch and Head of the San Antonio Branch, shared with reporters the real state of affairs for the organization.

“Over the past 20 years, we have had 311 reports specifically from San Antonio and just over 8000 in Texas. About 90 percent of what we investigate is mundane or can be explained as natural or man-made accidents, but we cannot explain the rest,” he said.

The most common deceptive objects are things like Chinese lanterns, drones, and LED inflatable balls. Natural planetary phenomena and eye tricks can also cause some people to call MUFON in panic. But not everything is easily dismissed, Ken Jordan added.” Of the 10 percent that we cannot explain, I would say that half of them will be what we consider to be UFOs,” the expert admitted.

The retired US Army lieutenant colonel believes that aliens represent advanced extraterrestrial life. He didn’t always think so, though.

“I was very skeptical about all this. I really didn’t know what was the matter with UFOs. However, thanks to my faith, I have always been open to the idea that people are not alone in the universe,” he added.

As Jordan shared, it all started when he met a man who shared classified information. Some who heard what was said thought that the interlocutor was not himself, but the information made the military think seriously. Shortly thereafter, he received an email from MUFON inviting him to meet. According to him, he just wanted to come and check what the organization is really doing, whether their studies are serious.

After one meeting, he found the organization’s arguments convincing. Then Jordan retired from active military service in 2014.

Currently, about 50 members of MUFON are studying UFO reports from San Antonio, and about 280 people in all of Texas. Research methodology typically involves a thorough review, in which trained personnel examine things such as weather conditions during a given observation and compare the descriptions with previous reports, reports from local police officers and the Federal Aviation Administration. The team also consults with experts if necessary.

The reports tend to come from a variety of sources, from amateur astronomers to ordinary people who prefer to remain anonymous. Sometimes, according to Jordan, they even get calls from the military. The most recent verifiable case in San Antonio happened just a few days ago, on October 29, 2021.

According to the MUFON files, a couple on their way to grab coffee around 2pm caught what appears to be a saucer appearing and disappearing from sight. After examining the report, experts assigned the object the status of a rare true UFO designation.

The Texas division of the organization also describes the various phenotypes of unidentified flying objects that have been observed, with shapes ranging from saucer and tic-tac-toe to triangle and donut. For those more interested in studying UFOs, Jordan shares some wise advice:

“Start researching and reading the articles that are out there, but the only thing I would always warn everyone about is whatever you read, whatever you hear, check your source.”

Award-winning investigative journalist Ross Coulthart, in his new book ‘In Plain Sight‘ unearthed many UFO related revelations, including the connection between UFOs and nuclear objects and the speculation about the found non-human ships. Sources say the US and Russia have facilities where they are stored and when he looked into the archives of the US government, he concluded:

“The evidence is right there, in plain sight. There are archives from the CIA that show it was working with the US Defense Department to recover what the documents refer to as ‘flying saucers’ from Nepal and Afghanistan.”

Along with the book, Coulthart directed a UFO documentary, and received encouraging support from both media colleagues and the public.

The main goal of his book is to break through the fog. According to Coulthart, it seems that some of the media do not want to admit that they slept behind the wheel.

He has stated that, “The media is failing here. The media is locked into the paradigm that, absurdly, it was encouraged to heed by the CIA and the US Air Force back in the 1960s.”

“The CIA decided to suppress the stories of UFOs – I don’t know why, but it’s claimed it was because they were worried that people reporting UFOs would get in the way of people providing early warning of a Russian ICBM landing on the US. It’s an absurd argument that they wanted to stop people from jamming up the phones at NORAD with sightings. It’s just ridiculous.”

Although Coulthart he has yet to figure out everything that governments and security agencies know about UFOs, he clearly understands why the topic is considered to be the play of fools.

“We are being manipulated,” he said. “We were deceived.”

Advertisement. Scroll to continue reading.
In this article:Alien Reports, MUFON

© Screenshot/UFOZone Mysterious lights caught on a time-lapse video recorded from a pier in Myrtle Beach, South Carolina, in early August have triggered conspiracy...