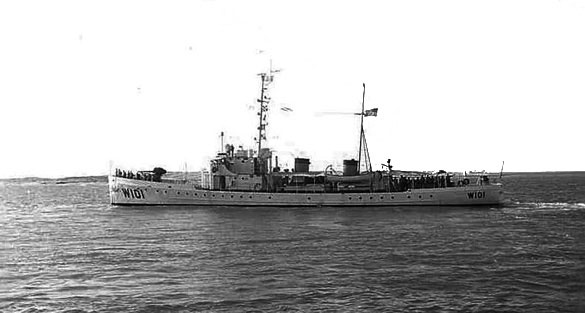 A former U.S. Coast Guard sailor recalls an incident with a “transparent, oval-shaped craft” that moved within 200 yards of his vessel that revealed a “humanoid pilot” before quickly disappearing, according to June 13, 2014, testimony in Case 57018 from the Mutual UFO Network (MUFON) witness reporting database.

The incident occurred in late 1978 or early 1979 near Cuba on a “law enforcement Coast Guard cutter” while the witness was standing near the fantail with another sailor when the object was first seen. “I witnessed a transparent, oval-shaped craft that cut across the back of the ship maybe 100 to 200 yards away,” the witness stated.

The witness got a good look at the craft.

“I could clearly see a frame inside the craft and the humanoid pilot as he abruptly turned to look at us.”

But the sighting was quick. “As it glided from off to the backside to the back of the ship, in the blink of an eye it vanished. Many years later I found something online that looked exactly like the creature I witnessed.”

No images or illustrations were included with the MUFON report. MUFON International is investigating.