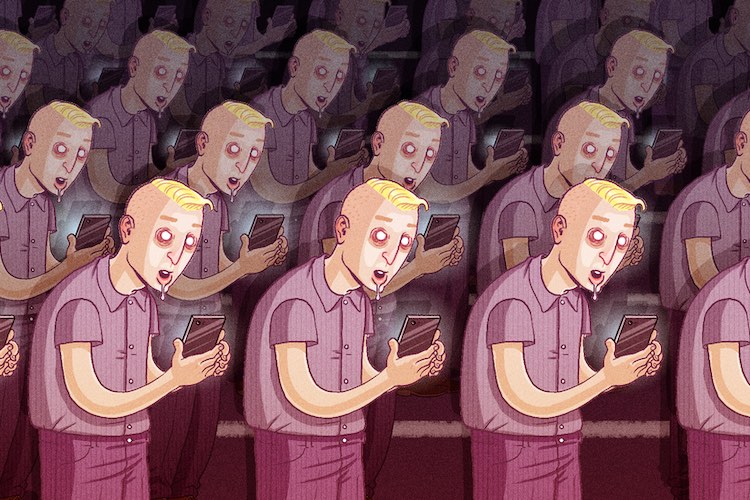 I see quite frequently, people warning that the US is becoming an ‘Orwellian nightmare,’ or that we’re living in a country that’s fast becoming a new 1984. I think they’re wrong. It’s worse.

We here in the US look at what China’s doing as if they’re on a reality TV show. Seeing what they’re doing with surveillance and their social credit system as if we’re watching some kind of dystopian entertainment series fashioned after the George Orwell book, 1984. Our burgeoning dystopia isn’t as overtly dystopian as Orwell warned against, and that’s the problem.

If you haven’t read 1984, you really should. I’m not really a fan of the storyline since it’s pretty crappy but the message still comes through, and it’ll give you an idea of why people reference it so much when talking about governments gone awry. Then, get yourself a copy of Aldous Huxley’s Brave New World and you’ll start to see the problem. The story’s a little better, but not much. The message is more apropos, however.

1984 was about a government that would ban information and rule with a leather boot on your throat, whereas Brave New World was about a system that would slowly seep into our life like a drug. In other words, Orwell warned us about a dystopia that we wouldn’t be able to stop, Huxley warned us about a dystopia that we would beg not to stop. The US isn’t becoming Orwellian, it’s becoming Huxleyan.

In 2013, China started its social credit system, coordinated by the Central Comprehensively Deepening Reforms Commission. What they’re planning to do by next year is to have a comprehensive credit system under one roof that will cover pretty much everything in the lives of its citizens. It’s already well on its way.

In that system, your life is measured based on how well your actions align with the Party’s vision of what you should be doing, and how often. It’s a little like the credit score your mortgage broker pulls up when you buy a home but instead of deciding if you’re allowed to borrow money, this system increasingly decides if you can do anything.

The ‘biggest’ problem is that these freedoms that you enjoy will be infringed without due process. The social credit system is a very nebulous and fuzzy system that lacks any sort of transparency. Also, if you happen to speak out against the government or are somehow considered a threat, you could easily find yourself without a job or money and unable to travel – and not only could this be done without any proof that you’ve done anything illegal – this could happen completely behind the scenes. Because there is no legal proceeding, you have no recourse other than to fall back in line and hope they give you your life back.

So what? We don’t have social credit here in the US and we wouldn’t allow such a thing, right?

Wrong. China’s system of government allows them to pull from the 1984 rule book but our system is worse. In this case, it isn’t directly the government that’s the problem, it’s Big Tech.

Our lives are now steeped in social media and corporations that leverage user-created content to make money. Instead of getting our news from trusted news agencies, we now get it from our echo chambers on Facebook. If we do want to explore past that, we get on Google and “fact-check.”

Now part of the problem here is that mass media news stations long ago stopped being news, and threw out their ethics in exchange for advertising revenue. It’s big business. However, it gets worse.

Both Facebook and Google have been caught censoring information that they deem not to their liking. Now, they’re both private companies and we don’t HAVE to use them, but they’re essentially monopolies that are allowed to exist. By dropping certain viewpoints lower down in the algorithm or even outright blocking them altogether, you now no longer get any sort of balanced view of the world. You start seeing things the way they want you to.

For quite a while now, we’ve gotten used to user-created credit systems such as Yelp and Amazon reviews. They’re very helpful with deciding what product to buy or service to use. They’re also very unreliable and easily faked.

This idea of reviews is being expanded to other systems. Uber allows you to review your driver so others can have a better ride experience or avoid someone who’s smelly or annoying. Airbnb lets you read about locations and owners to give you a better idea about what the stay will be like. Did you know that you’re also being evaluated when you use these services?

Uber allows drivers to rate their passengers. If your score drops to a certain point, Uber will ban you from using their system. Airbnb is even worse, stating with regard to banned accounts:

“This decision is irreversible and will affect any duplicated or future accounts. Please understand that we are not obligated to provide an explanation for the action taken against your account.”

They can ban you for life, with no explanation, and you have no recourse. So what? Read on.

Earlier this year, New York’s Department of Financial Services stated in its guidelines that it will allow insurance companies to use non-traditional (which could potentially, and may even already include both social media posts and information from such places as Uber or Airbnb) to determine your risk and cost and the only stipulation is that they can’t use it specifically to target protected classes:

An insurer should not use an external data source, algorithm or predictive model for underwriting or rating purposes unless the insurer can establish that the data source does not use and is not based in any way on race, color, creed, national origin, status as a victim of domestic violence, past lawful travel, or sexual orientation in any manner, or any other protected class.

They added to that in a press release, stating:

As these rating systems continue to be more pervasive, and as companies, agencies, and governments increasingly refer to these scores, they will continue to erode your freedoms and those freedoms could easily be constrained by someone with an agenda, purposely manipulating your score.

Because these systems aren’t regulated with any sort of effective oversight, they’re ripe for misuse and manipulation. No longer will you have protections against punishment for living the life you currently live or speaking out. Our laws that protect you against such invasions do not apply to this new de facto system of government that we’re allowing.

As we become more accustomed to this increasingly-aggregate score being allowed to affect our lives and our freedoms, we will be more willing to follow whatever guidelines are put in place to achieve higher scores, whether that be buying the right things, saying the right things, or even worse – not saying the wrong things. As we see more value in these systems, we’ll not only stop fighting against them affecting our lives, we’ll soon beg for them.

We may not be living in 1984 but have no doubt, a Brave New World is on the horizon.

As the former Director of Alliteration for the Association of Redundancy Association, Eta has developed a tautological approach to obfuscation through recursion and periodicity.