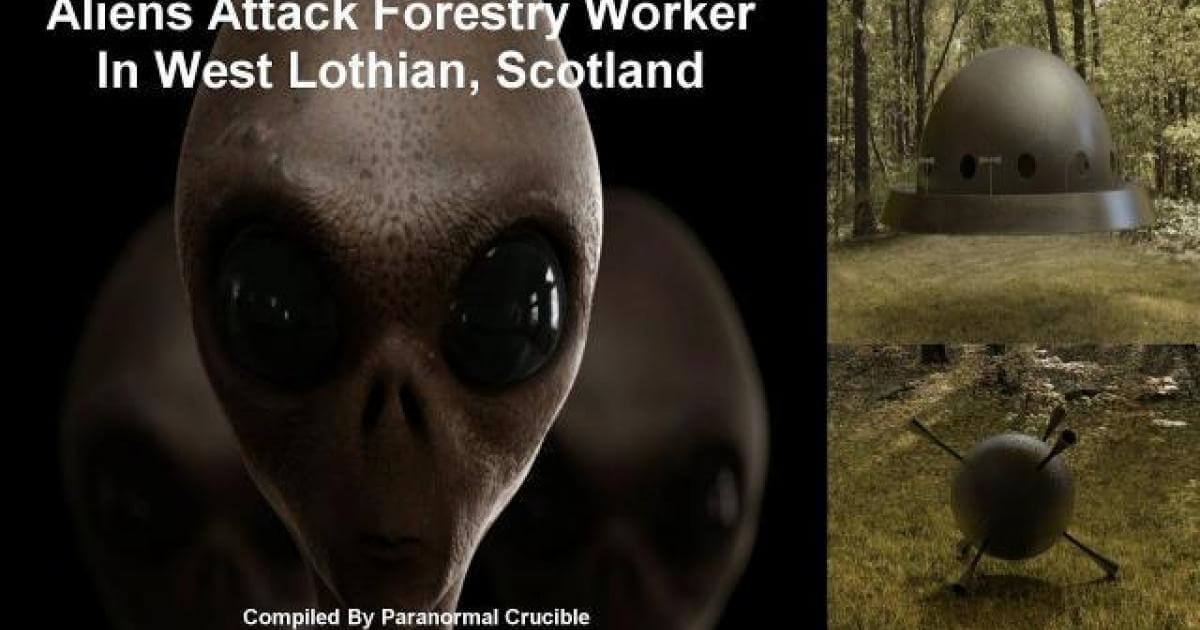 A seemingly unprovoked attack on a Scottish forestry worker over 30 years ago has been recounted by the victim, who still has no idea why he was targeted.

The forestry worker, Robert Taylor, arrived at work as usual on a typically cold November morning and began walking towards the job site through a woodland path only to emerge into a clearing and see the alien craft.

He described the object as spherical, around 20-30 feet in diameter and hovering around 15 feet from the ground. Shortly after this two objects fell from the craft resembling world war two sea mines, rolled towards him and attached themselves to his hips. As the objects approached, he remembered smelling burning, and shortly after they attached themselves to him they began to pull him towards the main craft.

At this point, he lost consciousness and remembers nothing of whatever happened next. After he came to the object was gone, leaving only marks in the ground below where the craft had been, a graze on his forehead and what he described as an incredible thirst. He also believed at the time that he was not unconscious for more than a minute or two, although was somewhat disoriented by the events.

What provoked the attack is unknown, although presumably, the craft was not expecting Taylor to approach it. Some have speculated that the aliens abducted Taylor in an attempt to erase his memory of having seen them. Others that he was experimented on, and that his time aboard the craft may have been much longer than he thought at the time.

Unlike the majority of UFO sightings or abduction experiences, there are seemingly no arguments forthcoming that the events could have come from a man-made source. Experimental aircraft would not have accounted for the spherical objects that pulled Taylor towards the ship, nor the lack of consciousness. Not to mention that West Lothian where the attack took place is not a location known for its abundance of secret military test bases.

The full eyewitness account of the abduction can be found here: