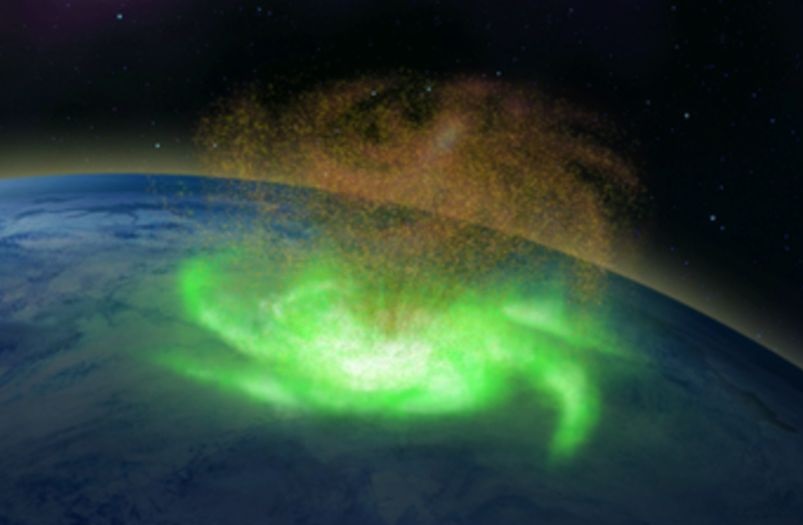 A team of Chinese scientists from Shandong University has recorded a space hurricane over the North Pole. Instead of water, they said, it rained electrons for eight hours. This is reported by the Daily Star.

The hurricane recorded by satellites spread in the upper layers of the Earth’s atmosphere in a counterclockwise direction. After analyzing the vortex mass (ionized gas), scientists confirmed the existence of a cosmic hurricane in nature.

Researchers fear that this phenomenon will entail serious weather consequences and disruptions in the operation of satellite navigation systems. Chinese experts have created a 3D model of the hurricane in the place where the Earth’s atmosphere meets outer space, and were able to recreate its general outline.

Professor Mike Lockwood from the University of Reading said that until now it was not clear whether space hurricanes exist in nature, since it is simply impossible to fix it by simple observation. These hurricanes, the scientist believes, should be created by the incredibly huge and fast movement of the solar wind and charged particles in the upper layers of the Earth’s atmosphere. Scientists have found that a cosmic hurricane that occurred during a period of low geomagnetic activity bears a general resemblance to hurricanes in the lower atmosphere of the Earth.

The researchers said that space hurricanes form a fast channel for the transfer of energy from space to the ionosphere. They are confident that these processes are especially important in the interaction of interstellar winds with other stellar systems in the Universe.

Polar vortex: “wild” winter is coming in the US, Northern Europe and East Asia after the 16th of January

In the upper atmosphere above the North Pole, experts saw a rapidly swirling vortex of cold air that could bring severe frosts to the...