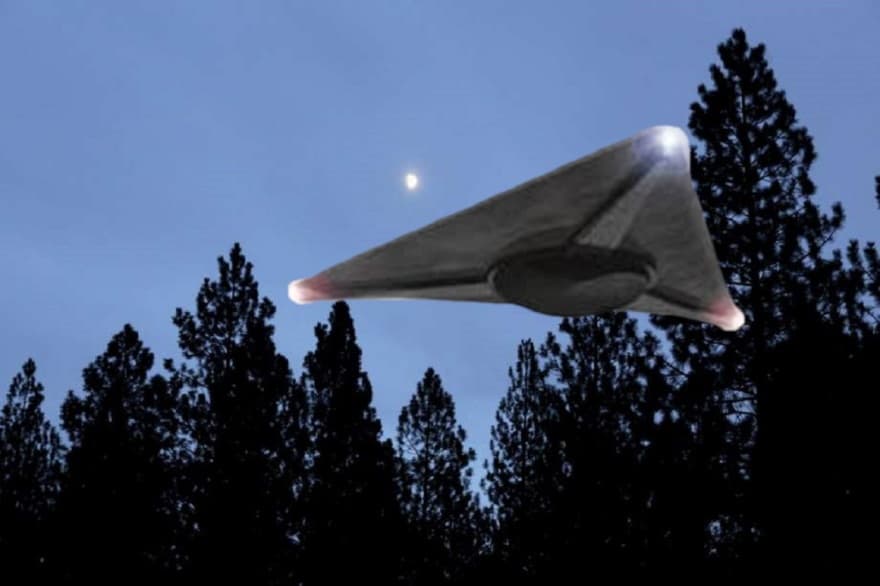 Amazing footage leaked onto the Web, allegedly taken by a US Navy destroyer, shows several triangular UFOs hovering in the night sky above the ship, as reported by the “Daily Star”.

Mysterious videos were sent by unknown persons back in 2019 to filmmaker Jeremy Corbell, who is involved in making documentaries for famous film companies such as Netflix. The report also reported on the alleged US Armed Forces reconnaissance briefing on the topic of unidentified air phenomena.

“I can confirm that the photographs and videos mentioned were taken by Navy personnel,” Defense Department spokesman Sue Gough said.

An 18-second video captured from the destroyer USS Russell shows three subtle balloons hovering in the sky. Then the camera captures the fourth object, zooms in, after which the triangular shape of the aircraft becomes visible.

The “green video” shot with a night vision device shows an object of a regular triangular shape – “Pyramid-Shaped UFO”, in the terminology of eyewitnesses. The “pyramid” hovers at a height of about 200 meters and flickers. It is alone in the frame, but eyewitnesses assured that there were three more of them nearby. In addition to the unusual video, Jeremy shared three photographs of an unidentified flying object taken by the US destroyer Omaha. The observed spherical object freely submerged under water, but it was not possible to find it there, even with the help of a submarine.

These two events are likely in some way related to a previous story of several UFOs flying over destroyers off the coast of California over several nights, Jeremy believes.

The pilot of the FA-18 fighter sent the filmmaker materials about the third UFO sighting, which occurred on March 4, 2019. He claimed that he personally took pictures of unidentified flying vehicles from the cockpit of the fighter.

According to Jeremy, the three incidents were allegedly discussed during a secret briefing at the Pentagon.

Jeremy said on his website that it took a very long time to analyze the videos he received, and now he is verifying their authenticity. He also hopes that these incidents will mark a turning point in the research of the UFO phenomenon.

We all know there is nothing new in these videos – all these ‘multi-shaped’ appearances began to pour on YouTube since the moment when infrared lenses for telephones and telescopes became more or less available:

Most of these encounters were declared fakes and YouTube immediately removed them with terrible force, but now, as we can see, almost identical material is posted by the US Navy. And this is precisely the main value of information – that is, the previously removed “triangles” and “saucers” are absolutely real, they are here, and therefore only the answers to questions remain unclear;

Is there a thin line between the “saucers” and the apparatus of the US Air Force? How far has the US advanced in these technologies and how can we be sure that 90% of UFOs are not in fact American vehicles that are trying to pass us off as aliens?

In this article:triangular UFO, US destroyer