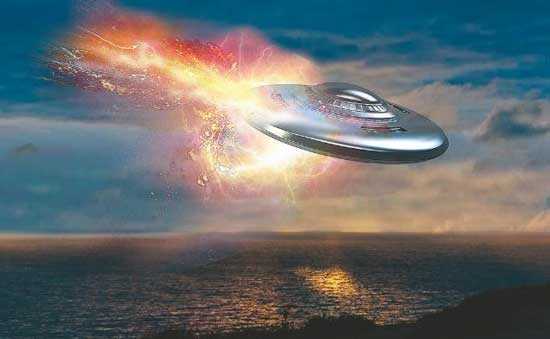 In April 2011, a team of Swedish sea treasure hunters called Ocean X, led by Peter Lindberg, presented a scan of the bottom of the Baltic Sea where a flying saucer was visible. By all the primary signs and suspicions, even of people far from ufology, the object clearly looked like a real UFO. Then the flying saucer was named as the Baltic UFO. 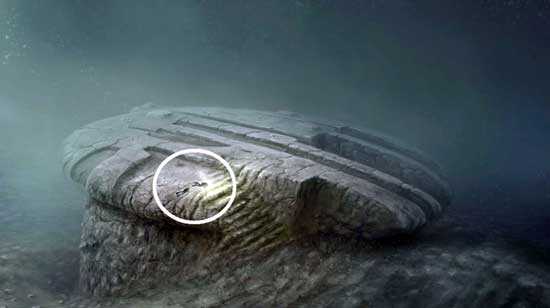 Flying saucer of the Baltic Sea, a mystery of antiquity

Much later it became known that this is part of a glacial deposit, a rock, pulled by ice into the sea thousands of years ago. This is the conclusion Volker Bruchert, assistant professor of geology at Stockholm University, after studying the samples provided by UFO discoverer Peter Lindberg.

The oval object found at the bottom of the sea had a diameter of about 60 meters and two long symmetrical ledges along the sides. The strange shape, plus a “furrow” of several hundred meters, made Lindberg think that the object fell into the sea and slid along the bottom until it froze in its current position.

In connection with the discovery of UFOs, versions and theories immediately arose; from the ancient Nazi experiment to the remains of the legendary Atlantis. But most of all, the version with crashed alien spaceship.

Be that as it may, the “flying saucer” object was called the “Baltic Anomaly.” Since the discovery of UFOs using echolocation, Lindbergh has done everything possible to raise funds for new expeditions. At the same time, of course, he was collecting loud advertisements for his company.

The mystery of the Baltic flying saucer is solved.

Volker Bruchert, after analyzing the data collected by the treasure hunter, said that this is actually a rock. Glaciers dragged the discovered object into the deep waters of several thousand years ago.

Taking a sample received by the treasure hunter the scientist said:

I found a black mineral, which may be an ancient volcanic rock. My hypothesis is that this object, this great structure, was formed during the ice age many thousands of years ago.

It’s good that there are critical voices about this alleged mystery of the Baltic Sea, ”he adds. “The Ocean X team completely ignored the fact that most of the samples they’ve taken from the bottom of the sea are granite, gneiss (stones of the same composition as granite) and sandstone.
And this, according to the scientist, is exactly what we expect to see in the glacier basin. The entire Baltic Sea is a large glacial basin, a region dug with ice thousands and thousands of years ago.

The study of the depths of the sea took only a few decades, as a result of which ancient ships, metal objects such as coins, dishes and bottles, were found by archaeological treasures after their flooding.

Nevertheless, there is a possibility that, in combination with this, unnatural formations, representing flying objects, or structures left by ancient extraterrestrial civilizations, can be discovered.

In this article:Baltic UFO, Ocean X