The white panda is thought to be around 1-2 years of age.

Researchers at the Wolong National Nature Reserve in China have photographed a totally white giant panda.

The blurry image is the first photograph ever taken of a giant panda suffering from albinism – a congenital absence of pigmentation that renders the subject an abnormal pink or white color.

It was captured on camera back in April at an altitude of around 6,500ft.

Conservationists had previously set up dozens of motion-activated camera traps across seven large areas of the park to help monitor the region’s ecology.

With less than 1,000 giant pandas thought to be left in the wild, these critically endangered animals remain highly elusive and are notoriously difficult to study.

While the unusual coloration of this particular individual is unlikely to cause it any physical problems, it will be important to ensure that it doesn’t fall victim to poachers or animal traffickers.

If it manages to reach maturity and can find a mate, it may even produce an albino offspring.

In this article:Albino, Giant Panda 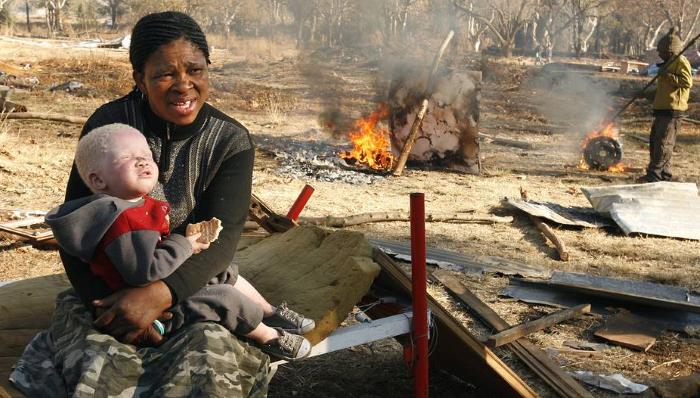 June 13 will mark International Albinism Awareness Day. This memorable date was established at the UN only a few years ago after it became known...