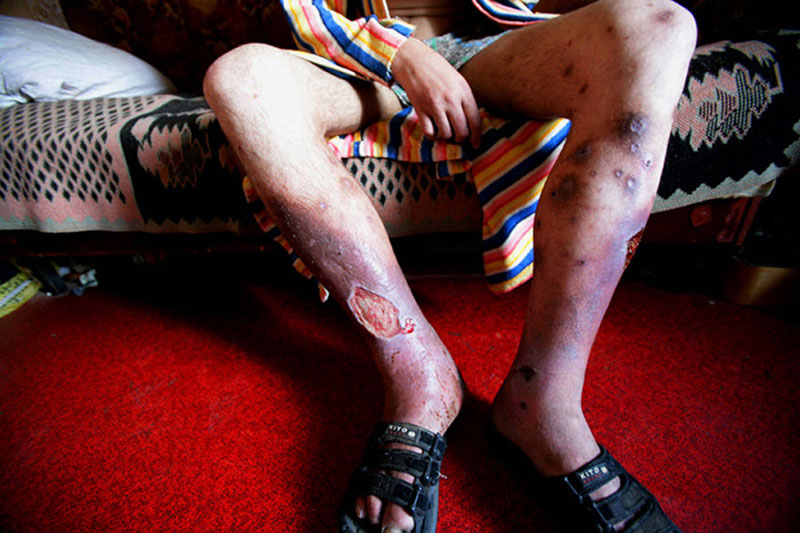 This is when America starts to resemble a zombie movie. CBS News on the super-potent, cheap heroin substitute made from codeine, gasoline, and paint thinner that causes tissue necrosis:

A poison control center in Phoenix, Ariz. is reporting that it has received calls regarding what is believed to the first two cases of krokodil use in the U.S. About 1 million people in Russia use krokodil, and the drug has been found in other European countries as well.

The drug got its nickname because users tend to develop scale-like, green skin. Skin can fall off following use, resulting in exposed bones. The drug also causes blood vessels to rupture and death of the surrounding tissue. The average user does not live longer than two to three years.