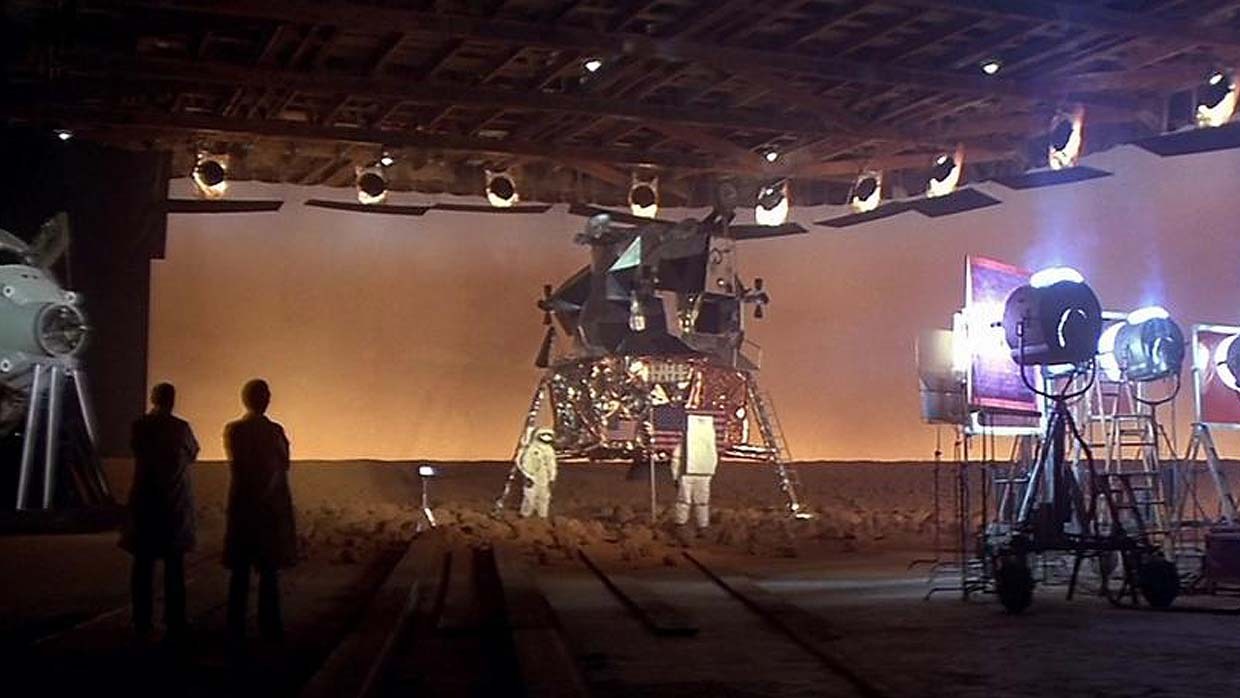 On July 20, 2019 will mark the 50th anniversary of the 1969 landing, when Neil Armstrong and Buzz Aldrin stepped on the moon for the first time in history. Since then, all sorts of conspiracy theories have emerged and that the “small step for a man, but a great leap for humanity” was apparently nothing more than a montage prepared in a film studio.

And as the conspiracy theorists claim, the greatest project directed by director Stanley Kubrick was the landing of Apollo 11 in 1969. For decades, some people have argued that the US government has UU hired Kubrick to film the “false landing of the Moon”. It even seems that the American film director came to admit the deception in his 1980 film “The Shining”, where you could see how Danny Torrance, played by Danny Lloyd, wore an Apollo 11 sweater.

However, the most controversial revelation took place on December 10, 2015, when a video was published that purportedly showed the acclaimed director Stanley Kubrick admitting that the NASA moon landing was false. Filmmaker T. Patrick Murray interviewed Kubrick before his death in March 1999.

He explained that he was forced to sign an 88-page document to keep the contents of the interview secret for 15 years. After its publication, a spokesperson for Kubrick’s widow said the interview was a lie, and that Stanley Kubrick had never been interviewed by T. Patrick Murray. But now a film director claims to have proof that Kubrick worked with NASA to simulate the landing of the Apollo 11 moon.

The greatest conspiracy in history

Film director Jay Weidner is convinced that NASA along with Stanley Kubrick prepared and executed one of the greatest conspiracies of all time, the Apollo 11 moon landing in 1969.

“I think they just decided for advertising reasons that it was probably better to do it here on Earth,” Weidner told British tabloid Daily Express.

“Then they could go about their business and not reveal their technology to the Soviet Union during the Cold War. So, in reality it was not such a big leap since they could have shown us something that was not entirely real, to protect national security.“

“He came to the cinema first as a technician and then as a director, and that suited perfectly to NASA because it was what they needed,” Weidner continues.

Weidner claims to have analyzed the photographs of Apollo 11 and believes that he has found evidence of the assembly, such as the lines strategically located on the horizon behind the Apollo 11 module. But unlike what conspiracy theorists believe, Weidner does not doubt that Neil Armstrong was the first man to set foot on the Moon, he only believes that the images that were transmitted all over the world were false.

The reason would be for the tensions at that time between the United States and the Soviet Union, so NASA was forced to prepare the assembly. Not only did the false images hide the Russian secret technology of the Russians, but there was also the question of what would happen if it had gone wrong during the landing. For example, if the Apollo lunar module had not descended correctly, everyone would have witnessed the death of the astronauts live.

Of course, there is also the theory that when astronauts actually landed on the Moon, they found themselves with extraterrestrial life . Something that the government of the United States hid to avoid chaos in the world, since humanity was not prepared for this revelation.

“I’m not saying we did not go to the moon, I think if we went. I’m sure there are reflectors on the moon, they put seismographs on the moon, but I do not think what we saw was real. And it certainly is an insult to the memory of those who have given their lives for the exploration of space,“ concludes Weidner.

NASA has not ruled on this new and controversial revelation about the false moon landing led by Stanley Kubrick, but on other occasions has said that to some extent, discussing this issue is an insult to the thousands of people who worked for years to achieve the most amazing exploration exploits in history. But unlike other accusations, this time it is not said that man did not reach the Moon, rather that what we saw was a montage. Although we are sure that again this revelation will be discredited by the most skeptical, those who refuse to believe in the obvious.

Do you agree with the opinion of Jay Weidner? Was the NASA moon landing in 1969 a montage directed by Stanley Kubrick?

In this article:featured, landing of Apollo 11, Stanley Kubrick