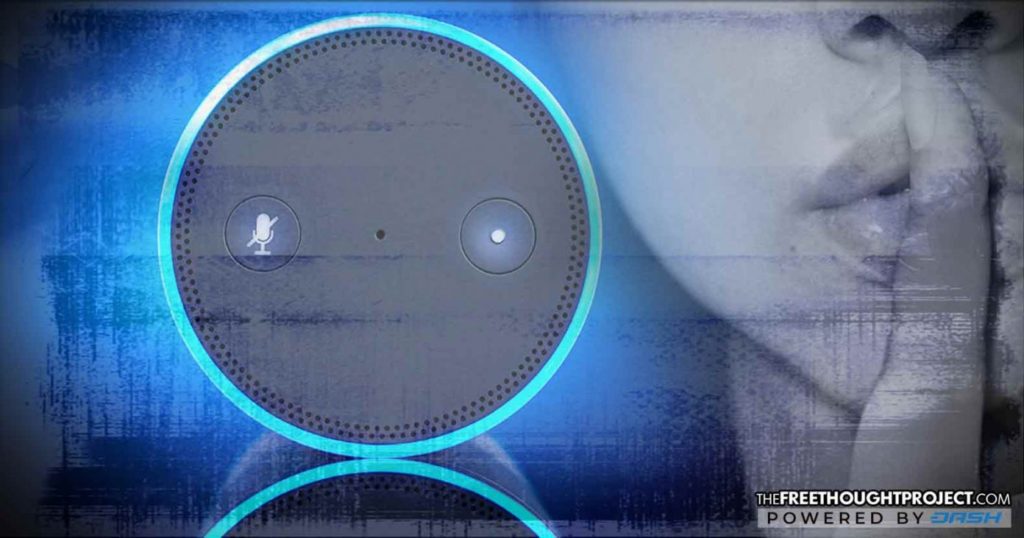 (Rachel Blevins) “I’m never plugging that device in again because I can’t trust it,” a homeowner said after her Alexa sent an audio recording from inside her home to a stranger.

A concerned family is speaking out after they claim that their Amazon Alexa device recorded a conversation they were having in their home, and sent it to a random contact who alerted them to the fact that he had heard everything they said.

A homeowner named Danielle, who asked for her last name to remain anonymous, told KIRO 7 that she and her husband were in their house, discussing home improvement projects and hardwood floors when they received an urgent call from one of her husband’s employees in Seattle.

“The person on the other line said, ‘unplug your Alexa devices right now, you’re being hacked,‘” Danielle said.

“We unplugged all of them and he proceeded to tell us that he had received audio files of recordings from inside our house,” she said. “At first, my husband was, like, ‘no you didn’t!’ And the (recipient of the message) said ‘You sat there talking about hardwood floors.’ And we said, ‘oh gosh, you really did hear us.’”

The employee sent the couple the email he had received with the audio files, and Danielle confirmed that it was, in fact, a direct recording of their conversation. She told KIRO 7 that the Amazon Alexa had access to every room in her house because it controlled the heating, lighting and security system in her home.

“My husband and I would joke and say I’d bet these devices are listening to what we’re saying,” Danielle said, noting that they never imagined the smart device would record their private conversations and then make them public.

After unplugging all of the devices, Danielle said she called Amazon multiple times before she received a response. When an Alexa engineer finally looked into Danielle’s claims, she said he acknowledged that the device had recorded conversations inside her home and emailed them to a random contact, and he then apologized profusely.

However, one of the most alarming factors in the ordeal was that the Alexa device made a recording and chose to send it to a contact on its own, without alerting the homeowners to what it was doing or asking for permission. Danielle said the engineer did not explain why it happened, or if it was happening to other Alexa users.

In response to a request for comment on the issue, Amazon claimed that it “takes privacy very seriously. We investigated what happened and determined this was an extremely rare occurrence. We are taking steps to avoid this from happening in the future.”

Danielle is now seeking a full refund from Amazon on her Alexa devices, and she said that the incident left her feeling invaded and unsafe in her own home. “A total privacy invasion. Immediately I said, ‘I’m never plugging that device in again because I can’t trust it,‘” she said.

While there have been multiple reports of homeowners who are concerned about just how much their smart home devices are listening to them throughout the day, this is a unique example in which individuals were able to prove that their conversation was monitored, recorded, and shared without their consent.

Last month, a cybersecurity firm discovered that the request for Alexa to repeat or ask another question can be muted, which could leave Alexa listening for a reply from the user for hours, and creating an indefinite audio log. While Amazon claimed to have repaired the problem, a report from Gear Brain noted:

“Cybersecurity researchers created a way for Amazon Alexa devices to eavesdrop on their owners, listening indefinitely without their permission and sending transcripts of the recordings back to the researchers. The flaw in how Alexa works, which has since been patched by Amazon, saw the creation of a seemingly innocent calculator ‘skill’—the word for an Alexa app—with code which caused Alexa to keep listening after providing the requested answer. This covert recording was then transcribed and sent to the researchers as a text document.”

As The Free Thought Project has previously reported, while Amazon devices can be activated by a number of wake words, including, “Alexa,” “Amazon,” “Computer” and “Echo,” and users cannot turn off the required microphone, they can track what Alex has recorded and to delete it.

To track and delete recordings: Open the Alexa app, click on Settings, then click on History. You can then select and delete each entry.

Rachel Blevins is an independent journalist from Texas, who aspires to break the false left/right paradigm in media and politics by pursuing truth and questioning existing narratives. Follow Rachel on Facebook, Twitter, YouTube, Steemit and Patreon.

In this article:Alexa devices, cybersecurity