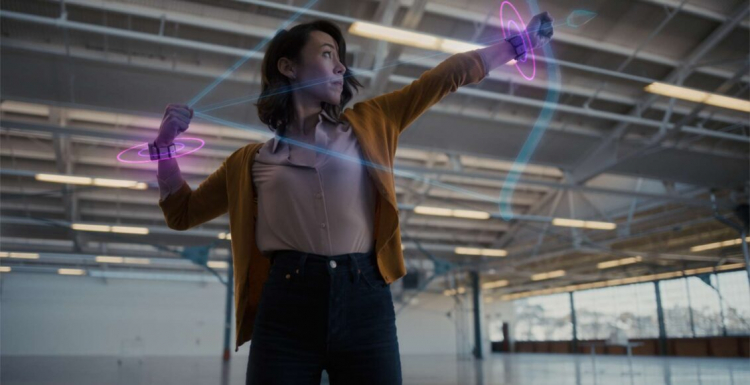 Facebook has unveiled a concept for a device that converts nerve signals on the wrist into digital commands. The company has made an announcement on their new technology.

The bracelets will receive integration with smart glasses from Facebook, scheduled for release in 2021. This will allow the user to interact with the virtual and AR worlds that are projected through the glasses using hand and finger movements.

“Imagine that you took some photos, but decided to share only some of them. Likewise, you can have many thoughts, but only a few of them lead to action, says the Facebook blog. “It’s about decoding those wrist signals – actions you’ve already decided to do – and translating them into digital commands.”

As the developers explained, the augmented reality bracelet works using EMG – electromyography. Even with the lightest movements, it allows you to turn digital commands into clear and understandable electronic devices.

The AR interface will change based on contextual information and what the device knows about the user, such as queuing up songs in a playlist when they start getting ready for a run.

“The system will be able to draw conclusions about what you want to do in a given situation, based on information about you and your environment that you decide to share,” – Sean Keller said, director of research at Facebook Reality Labs.

The bracelet is equipped with special sensors that read the movements of the wrist. For example, you can type like on a keyboard, or replace a computer mouse just by touching with your fingertips some flat surface – a table or something else.

The prospects for the bracelet, which does not even have a name yet, are rather vague. Facebook estimates the technology implementation timeframe at 5-10 years. It may take so long for the gadget to reach users.

Advertisement. Scroll to continue reading.
In this article:AR worlds, Facebook