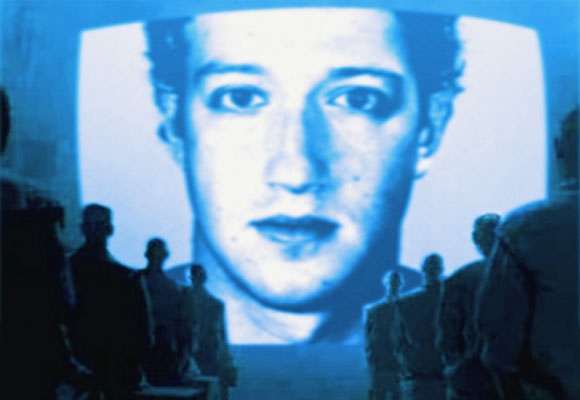 Mark Zuckerberg admits in a New Yorker profile that he mocked early Facebook users for trusting him with their personal information. A youthful indiscretion, the Facebook founder says he’s much more mature now, at the ripe age of 26.

“They trust me — dumb fucks,” says Zuckerberg in one of the instant messages, first published by former Valleywag Nicholas Carlson at Silicon Alley Insider, and now confirmed by Zuckerberg himself in Jose Antonio Vargas’s New Yorker piece. Zuckerberg now tells Vargas, “I think I’ve grown and learned a lot” since those instant messages.

And yet the old quote resounds precisely because Facebook continues to stir up privacy controversies at regular intervals. Zuckerberg justifies his privacy rollbacks by saying the social norms have changed in favor of transparency, but, as tech executive Anil Dash tells the New Yorker, that sort of change is much more appealing for a privileged, Ivy Leaguer golden boy of Silicon Valley like Zuckerberg than for his half a billion users, many of whom work for less tolerant bosses and socialize in more judgmental circles.

The dichotomy between Zuckerberg’s philosophy and the lives of his users makes revelations about the Facebook CEO’s own private life all the more interesting. It seems natural to figure that this forceful advocate for transparency is ready to test his own informational boundaries a bit.

And Zuckerberg does open up a little to the New Yorker, admitting that he’s red-green colorblind, and explaining the Mandarin lessons he’s been taking: They’re for a scheduled vacation with girlfriend to Priscilla Chan to China. And Chan, it turns out, is finally moving in with Zuck.

Then there’s Zuckerberg’s defacto unfriending of Aaron Sorkin, the screenwriter behind Zuckerberg’s least favorite Facebook movie The Social Network. The CEO had listed Sorkin’s TV show The West Wing as a “favorite” on his Facebook profile, only to remove it under questioning from Vargas. Now Zuckerberg’s re-favorited the West Wing. Curious. Apparently living under the new social norms can lead to old school regret. Even if you’re Mark Zuckerberg.