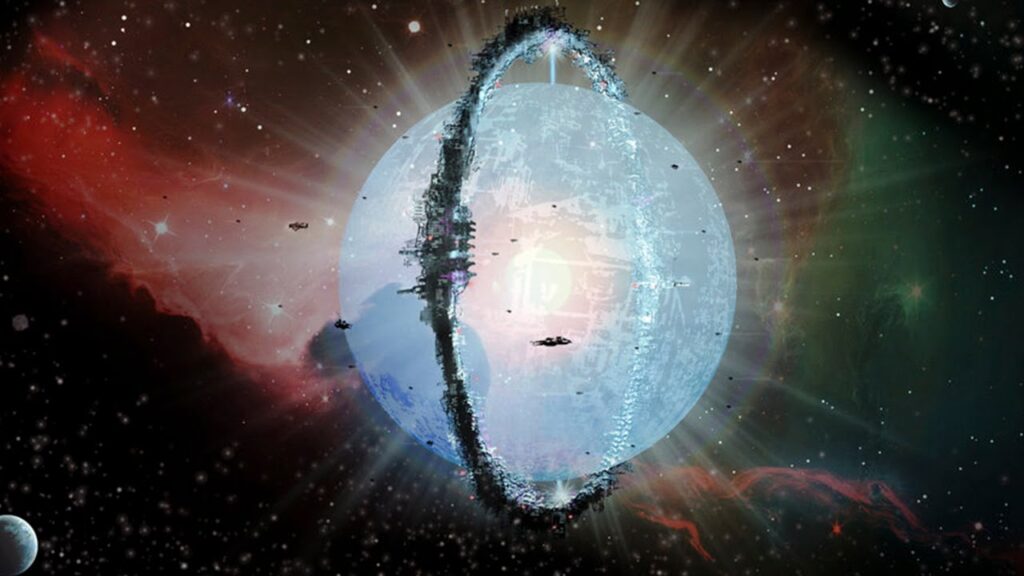 The search for extraterrestrial intelligence is not only tracking signals and analyzing observations, it is also building plausible hypotheses on which depends where and what we are looking for. For example, scientists from Taiwan took as a starting point the idea of ​​the Dyson sphere, a hypothetical structure that a highly developed civilization could have erected around a star, and analyzed the possibility of creating something similar around a black hole.

The Sphere, proposed by Freeman Dyson in 1960, offers an explanation for how advanced civilizations might meet their energy needs for space exploration. As it develops, it requires more and more energy, and as a result, the only realistic source that remains for it is the sun. And in order to collect as much of this energy as possible, you need to build a sphere around the star.

The sphere was originally supposed to be a shell revolving around the sun. Later, a more plausible design was proposed – “Dyson’s swarm”, that is, a group of objects located in orbit. There were other options as well.

According to the amount of necessary energy, civilizations can be divided into several types, proposed by Nikolai Kardashev in 1964. According to his estimates, to civilization shifted from the planetary to the star, it needs 10 billion times more energy. This is where the Dyson Orb comes in handy. And only civilizations of a stellar or galactic type can build it. For comparison: humanity is not even considered a civilization of the first, planetary type – before that we are still 100-300 years old.

Researchers from the National Tsinghua University considered other sources of energy for Type II civilization, tells ZME Science. One option is an inverted Dyson sphere, where the energy source is located around rather than inside. In this case, the CMB would be the best candidate. Now its temperature is close to the lowest possible (2.73 K), but at the beginning of time it was much higher.

The universe could become habitable at a relict radiation temperature of about 300 K, and if a civilization originated in this era, it could use this type of energy. However, calculations have shown that even in the early Universe, the CMB energy is not enough to support a stellar-type civilization.

Another option that scientists have considered is Hawking radiation, which, contrary to general relativity, can leak out of a black hole in the form of quantum particles. However, if you place a Dyson sphere around a black hole, then Hawking’s radiation is not enough to generate energy.

Another thing is an accretion disk, which usually consists of dust and other diffuse material. As a result of friction, the temperature in it can be quite high, and if the hole itself is not too large, then a type II civilization will be able to build a Dyson sphere around it. A Type III civilization will be able to master even a medium-mass black hole.

Choosing the exact placement of the sphere around the black hole is also not an easy task. Too far and productivity will be reduced. Too close and you need materials that can withstand heat up to 2700 degrees Celsius. You also need to calculate the number of objects needed to collect energy and much more.