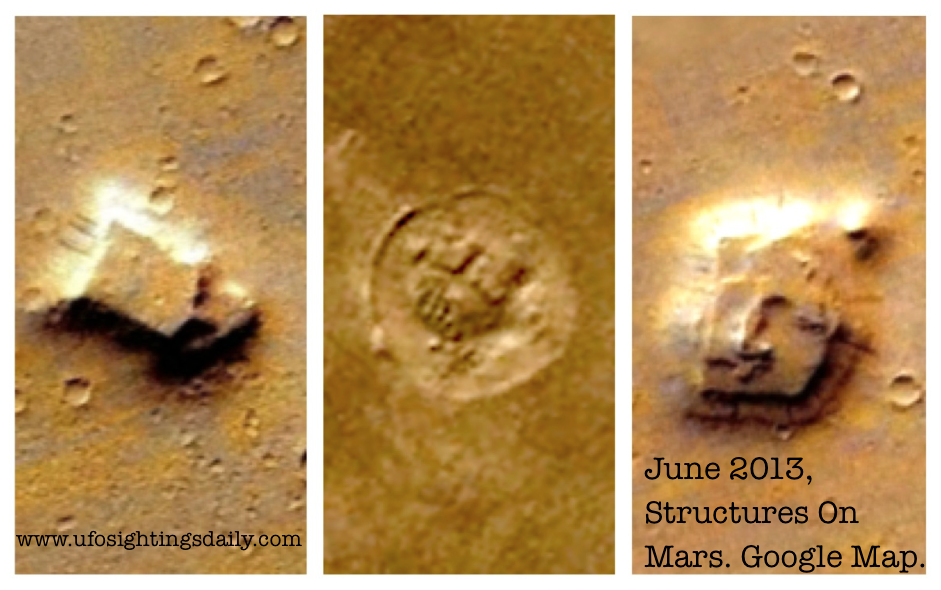 Three structures were discovered in Google map of Mars near “Amazonis Planitia” on June 18 2013, as reported by UFO Sightings Daily. The report was published on 19 June 2013. The website, UFO Sightings Daily, is coordinated by Scott C. Waring. He had been affiliated with the United States Air Force at SAC base (USAF flight line). He currently owns an ESL School in Taiwan.

Mr. Waring tells us how he found these structures and also tells us about what he used to measure them.

“I was looking over the Google Mars map and came across three structures that I thought were worth mentioning. In the video I use Google ruler to measure the diameter of the structures.”

He talks about their size and says that it was perfect for a base station.

“They all were between 1-2.5 km across. Perfect size for a base station.”

Mr. Waring also provides information about how to locate these images in Google maps.

Mr. Waring also provides information about how to locate these images in Google maps.

In this article:Amazonis Planitia, base station, Google map, Mars, structures