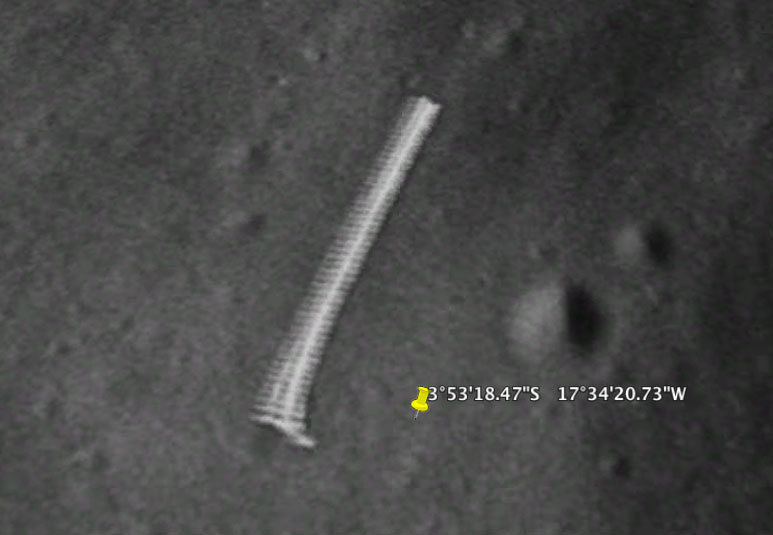 It wasn’t only one structure that was found, there were plenty; and all of different sizes and types. There were those that look like a white ceramic building, the others are in color black (non-reflective) similar to matte black, and the others look like a metallic. Waring actually found structures in the Moon before and posted it in his website on August 15, 2011. He also had pictures uploaded; however last year March 31, Waring said that NASA deleted those photos and replaced them with altered ones.

Advertisement. Scroll to continue reading.
In this article:alien bases, moon