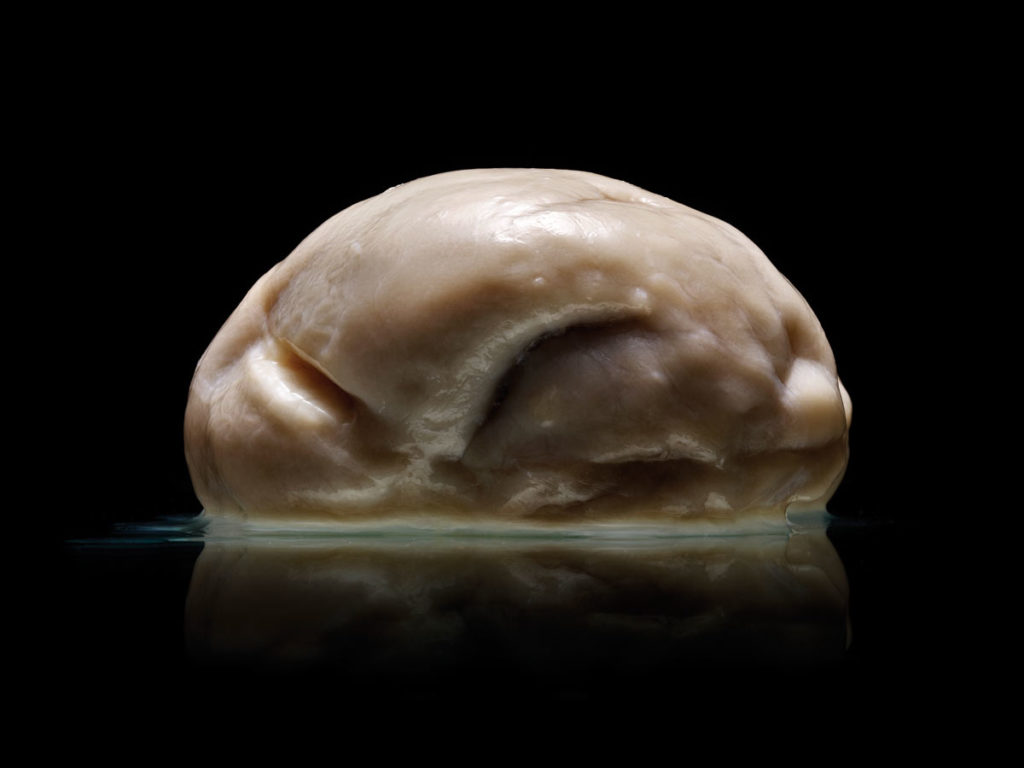 ONCE you know what it is, this apparently innocuous picture of a blob assumes a terrible gravity. It is an adult human brain that is entirely smooth – free of the ridges and folds so characteristic of our species’ most complex organ.

We can only imagine what life was like for this person. He or she was a resident of what is now North Texas State Hospital, a mental health facility, and died there in 1970, but that’s all we know. While the jar containing the brain is labelled with a reference number, the microfilm containing the patient’s medical records has been lost.

Photographer Adam Voorhes spent a year trying to track down more information about this and nearly 100 other human brains held in a collection at the University of Texas, Austin, to no avail. The label on the jar states that the patient had agyria – a lack of gyri and sulci, the ridges and folds formed by the normally wrinkled cerebral cortex. This rare condition, also known as lissencephaly, often leads to death before the age of 10. It can cause muscle spasms, seizures and, as it vastly reduces the surface area of this key part of the brain, a range of learning difficulties.

David Dexter, who runs the Parkinson’s UK Brain Bank at Imperial College London, says he has never seen anything like this before: “We do get the odd individual where certain sulci are missing but nothing to the extent of this brain.” Dexter says he is not surprised the person survived to adulthood since the brain is so adaptive, though he guesses there would be deleterious effects.

Earlier this year the University of Texas took delivery of an MRI scanner to document the structure of the brains in the collection in detail. While this might teach us more about the brain itself, the identity of the person who had this extraordinary brain – and details of his or her life – seem to be lost forever.