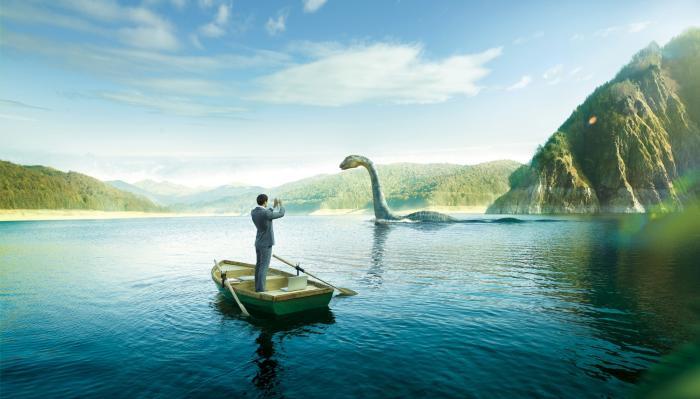 The Loch Ness Monster may turn out to be an ordinary optical illusion. This is the conclusion reached by paranormal expert Jonathan Bright.

Bright believes that behind the many years of history with the Loch Ness monster there may be an ordinary optical illusion, which in one form or another is extremely common on Earth.

In particular, the paranormal researcher compared the Nessie phenomenon with the very “floating ship” that just recently blew the minds of a large number of people. The Daily Mail reports on the real and the unreal around us.

According to the expert, a viral photo of the vessel, not so long ago taken off the coast of Scotland, could explain the mystery of the Loch Ness monster. Jonathan Bright stated that the images of Nessie could actually be “a kind of mirage” caused by reflections in the water.

“As a person who studies mysterious phenomena, we always try to first exclude any natural or normal explanation,” – the specialist explained.

Last month, the British were deeply alarmed by a photograph of a tanker that appeared to be floating in the air off the coast of Cornwall. This optical effect was caused by the fact that the color of the sea and the sky was very similar, and therefore there was a complete feeling that the ship was floating in the clouds.

It is known that this optical illusion is known as “Fata Morgana” and is associated with the open ocean. Translated from Italian, this phrase means “Sorceress Morgana” and refers us to ancient myths and legends. In fact, thermal inversion between the two layers of the atmosphere is “to blame” for this effect. This results in a projection of objects that lie in the horizon – such as islands, ships, or icebergs – but as a composition of two or more images, one above the other.

This is due to the interaction of warmer air at the top with denser cold air at the surface of the water. This creates an atmospheric channel that acts like a refractive lens. As they pass through the channel, the rays of light are bent, creating an inverted image, on top of which, it seems to us, the farthest projected direct image floats.

Bright personally came to Loch Ness to test his guess. Soon after the start of the observations, the expert photographed what, in his opinion, could have been misleading people for many decades. The paranormal researcher plans to make another trip to Loch Ness after the coronavirus pandemic and after that he will release the pictures he has obtained.

In addition, the Briton claims that the illusion could explain many legends in the history of mankind – from UFO sightings to the ghost ship “The Flying Dutchman”. 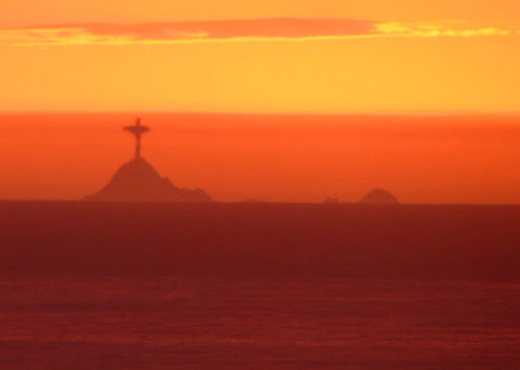 A statue of Rio Christ the Redeemer and a rectangular sun appeared in the sunset sky over San Francisco.  No … This is not...

[ad_1] A count of Loch Ness monster sightings in 2019 finds that the famous cryptid has been seen 18 times, which is the highest...