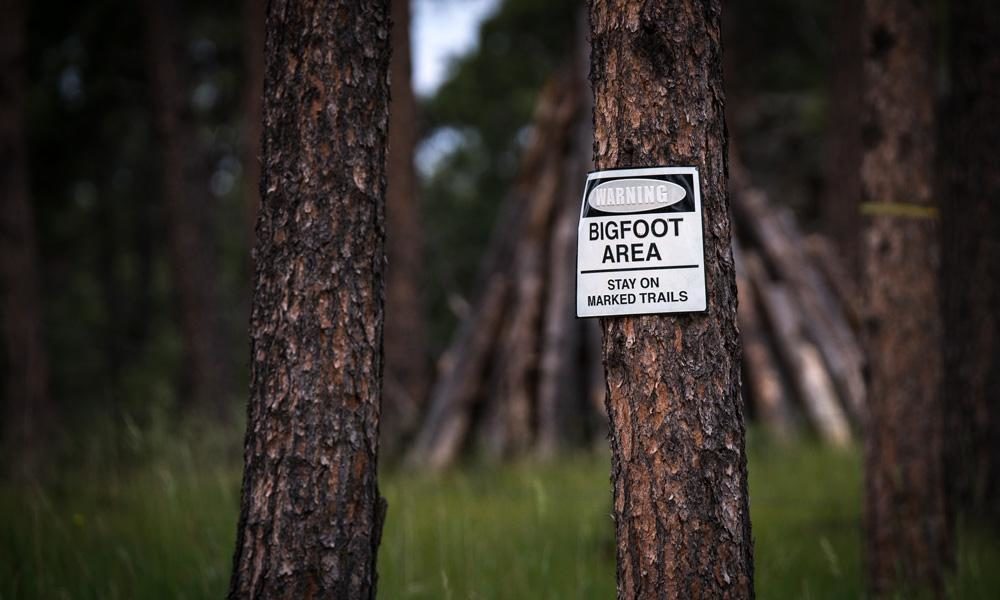 A man crouches on the Oregon forest floor late at night, peering between the trees for signs of nocturnal life. The scene is pitch-black but his face and hands are visible in infrared footage, and he scans the landscape with a thermal camera, looking for a heat signature that would indicate he isn’t alone.

Suddenly, a red blob emerges in the distance.

But could it be Bigfoot, North America’s fabled apelike creature? That’s the question this man — author and explorer Russell Acord — and his colleagues are trying to answer, in the new Travel Channel documentary series “Expedition Bigfoot,” premiered on Dec. 8 at 10 p.m. ET/PT.

More than 10,000 eyewitness accounts have described Bigfoot encounters in the continental U.S. over the past 50 years. Bigfoot even has an FBI file that was released to the public on June 5; in 1977, the agency examined 15 unidentified fibers that were suspected of being Bigfoot hairs. But the hairs were eventually found to be “of deer family origin,” FBI Assistant Director Jay Cochran, Jr. wrote in a letter.

Now, Travel Channel searchers are hot on the trail of the bipedal beast, bringing the hunt to the Pacific Northwest, where about one-third of all “Bigfoot” encounters have taken place.

In the series, a team of experts — including a primatologist — embarked on a three-week search for the elusive Bigfoot. Using state-of-the-art equipment and computer algorithms, the team analyzed footprints and possible nest sites, and recorded mysterious vocalizations at Bigfoot “hotspots” around 90,000 acres of land in central Oregon, Travel Channel representatives said in a statement. 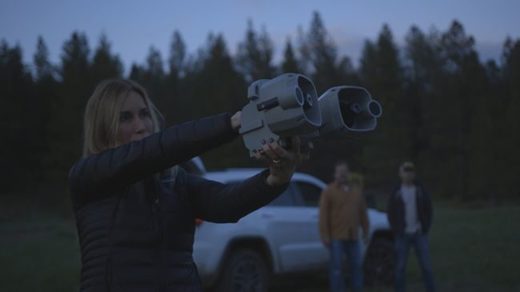 © Travel Channel
Primatologist Mireya Mayor has searched for rare and elusive animals in remote locations around the world.

Purported Bigfoot sightings often describe a tall, hairy creature resembling a gigantic ape that walks on two legs. An enormous primate known as Gigantopithecus — standing 10 feet (3 meters) tall and weighing up to 595 lbs. (270 kilograms) — once lived in Southeast Asia, but it went extinct hundreds of thousands of years ago. And large, hairy animals such as woolly mammoths and rhinos roamed North America during the Ice Age. But to date, there is no fossil evidence showing that large primates other than humans ever inhabited North America, said primate researcher and “Expedition Bigfoot” team member Mireya Mayor, director of the Exploration and Science Communications Initiative in the College of Arts, Sciences and Education at Florida International University.

However, the idea that a new type of undiscovered primate could be hiding in dense woodlands in North America “is totally within the realm of possibility” as long as the animals have food, shelter and a habitat that isolates them from humans, Mayor told Live Science. In fact, chimpanzee researcher Jane Goodall said in a 2002 interview that she wouldn’t dismiss the possibility that such creatures might be real.

“I’m a romantic, so I always wanted them to exist,” she told NPR host Ira Flatow.

In 2001, Mayor co-discovered a new species of tiny mouse lemur that is one of the world’s smallest primates, weighing less than 2 ounces (57 grams). Small animals can be hard to spot in the wild, but even a very big primate such as the reported Bigfoot could conceal itself from humans quite effectively, Mayor added.

“We’ve seen that throughout history with other apes,” she explained. “When I went in search of western lowland gorillas, because of the dense vegetation that they live in [and] the fact that they’re not habituated and in fact avoid humans at all costs, there were times where we were no more than 3 feet [1 meter] away from a 450-lb. [204 kilograms] silverback, and didn’t know that it was there for a good hour or two.”

As Mayor reviewed eyewitness accounts of possible Bigfoot sightings, one thing that stood out was the consistency of the descriptions: a large, bipedal creature with primate-like behavior. “And when we were in the field, we were able to capture something on video that fits this description: very big and moving in an apelike — if not bipedal — fashion,” Mayor said. “That, to me, is probably the most compelling piece of evidence that I’ve seen so far.”

Mayor shared this footage with a fellow primatologist who has studied living primates around the world and is familiar with all known forms of primate locomotion.

“When he saw the footage, he was completely blown away and agreed with me that something apelike was far from its home,” Mayor said.

The burden of proof

Compelling though this new evidence may be, only a recovered body or genetic data from organic tissue, feces or hairs could definitively establish this fabled creature as a newfound species. Scientifically describing any new species means establishing a holotype — a single physical specimen representing the species, according to paleontologist David Hone, a senior lecturer in zoology with the School of Biological and Chemical Sciences at Queen Mary University of London.

Describing the new species also requires a detailed outline of behavioral, anatomical, and genetic features that establish the animal’s uniqueness and set it apart from its close relatives, he wrote for the Guardian.

To date, physical evidence supposedly representing Bigfoot has consisted primarily of hairs, and all of those samples that underwent genetic analysis have belonged to existing animals. In 2014, researchers examined 36 “Bigfoot” hair samples collected around the world, linking most of the hairs to raccoons, horses, deer, cows, coyotes, a Malaysian tapir and even humans.

Intriguingly, two samples did not belong to any known species. However, the DNA data showed that the mystery hairs didn’t come from primates, and they likely belonged to unknown bear species, the scientists reported in their study, published in March 2014 in the journal Proceedings of the Royal Society B.