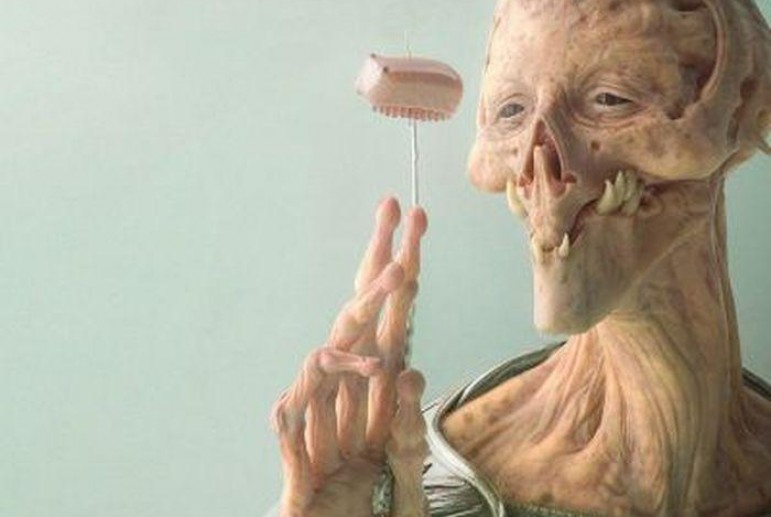 Could the intellect be the result of the work of natural selection, or could it have arisen due to an incredible accident that forever changed the course of history? Perhaps the answer to this difficult question could also answer the riddle about the possibility of the existence in the Universe of our alien brothers, who are searched for, but scientists from all over the world cannot find.

As you know, probable events occur frequently, improbable events rarely or only once. In any case, the evolutionary history of mankind shows that many key adaptations that appeared on Earth not only in the form of intelligence, but also when complex cells, photosynthesis and animals arose, were unique, isolated events, and therefore extremely unlikely. Our evolution may have been similar to winning the lottery, but only with a much less likely chance of winning than usual. If so, are we really alone in the universe?

The universe is amazingly huge. The Milky Way has more than 100 billion stars, and the visible Universe has about a trillion galaxies that make up a tiny part of the universe that we can see without going beyond our planet. Even if inhabited worlds are extremely rare, a huge number of planets in the Universe suggests that the cosmos is literally teeming with life. So where is everyone? The whole essence of the so-called Fermi paradox lies in this question: although the Universe is large, old and huge, for some reason we do not have any evidence that we are not alone. Perhaps the whole thing is in the mind? Could it be something out of the ordinary?

It is well known that evolution is sometimes repeated, giving different species the same features. A vivid example of this behavior of nature can be representatives of the extinct Australian marsupial tilacin, very similar in its characteristics to a kangaroo. So, although tilacins looked like wolves in many respects, their key feature was the presence of an abdominal sac for carrying offspring, although the presence of a similar quality comes from a completely different species of mammals.

Other prominent cases of convergence effects include dolphins and extinct ichthyosaurs, which have developed similar forms in order to glide over water. The same goes for birds, bats, and even pterosaurs, which converged and separately developed their ability to fly.

Most critical events in our evolutionary history are truly unique events. One of the vivid proofs of this is the existence of a solid skeleton in vertebrates, allowing animals to easily change their location relative to land. The eukaryotic cells that make up the bodies of all animals and plants have evolved only once in their entire history; the same can be said about sexual reproduction, and even about photosynthesis. In addition, the appearance of a person’s intelligence and cognitive abilities can also be entered in the same column.

Thus, according to an article published on livescience.com, convergence seems to be the universal rule of our universe, making evolution a likely event. But at the moment when we are trying to find incoherent events, it turns out that it is precisely the complex adaptations that turn out to be the least repeatable and even unlikely. Moreover, these events are interdependent.

So, people could not evolve until the fish “invented” to develop their skeletal system, which allowed them to crawl out to land once. Bones could not develop exactly until complex animals appeared in nature, consisting of groups of individual cells, at some point in time deciding to connect to form an even more complex organism. So, step by step, it can gradually be calculated that absolutely all life on Earth could have come from only one ancestor, which arose as a single event among the same random phenomena. It turns out that life could arise only once?

Spanning millions and billions of years, evolutionary processes could create the narrow goal of natural filters, which made our existence similar to winning the lottery again, and again, and again. With this approach, according to approximate estimates, the probability of the development of life and intelligence in the Universe is 1 in 10 million. Given that a number of complex adaptations may be even less likely, the likelihood of developing intelligence drops to 1 in 100 trillion. In this case, you and I may well be the only intelligent life in the galaxy or even in the visible Universe. Then again, what if everything measured in pure statistics is blindly wrong?

What if there is no Cosmic evolution or evolution in general. Sometimes, Science unintentionally answers its own questions. Perhaps, there is only one universal plan, possibly a divine providence and creation. Each quark, each atom and each cell develops and moves where it is necessary, but not where it is needed. We are part of this plan.

But, according to science, apparently the development of the mind depends on a chain of incredible events and, in fact, incredible luck, thanks to which you can lead your daily life.

What do you think, even if the analysis of evolutionary processes proves that we are alone in the Universe, maybe we should change something in our attitude to the planet and to each other?

In this article:featured, universe