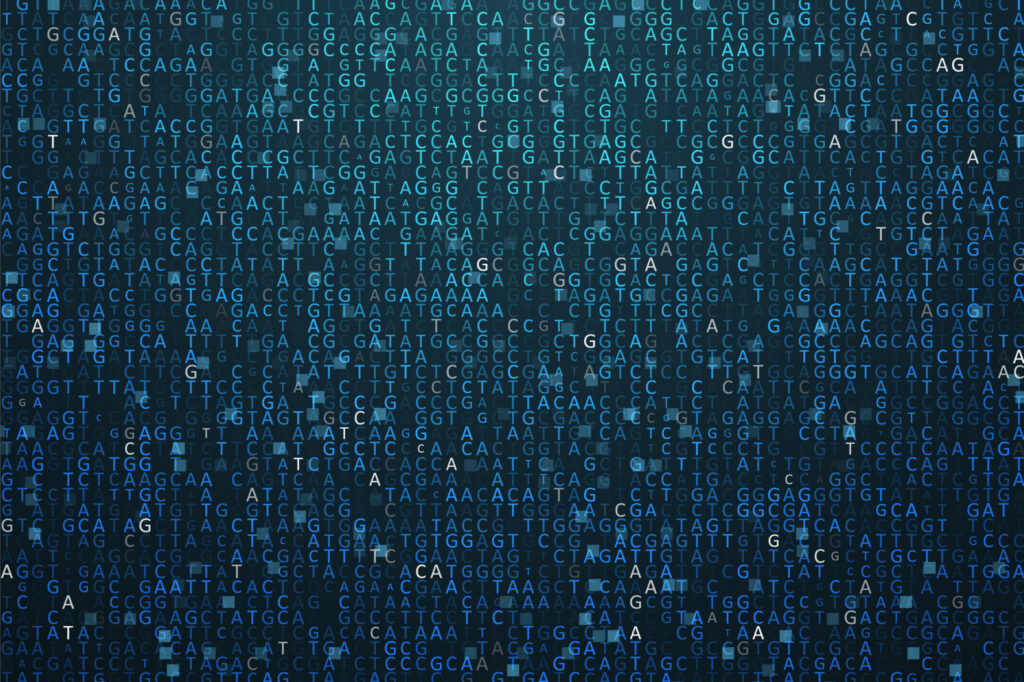 Official science believes that the division into races occurred in an evolutionary way, and the blind force of nature randomly and accidentally produced mutations in the human genome, which led to the appearance of corresponding changes in human organisms. But in reality, such changes could only appear in the case of intelligent manipulation of the genetic code.

All biological bodies, including humans, consist of cells, the main building material for which is protein. The protein, in turn, consists of amino acids, which line up in a certain sequence.

Scientists calculated that the random occurrence of a protein molecule sequence consisting of 288 amino acids of 12 types will be equal to the probability of 1 in 10³⁰⁰ different combinations.

According to mathematics, the probability of 1 out of 10⁵⁰ is considered to be zero. Moreover, it must be taken into account here that nature should have enough time to sort through all the options and choose the best one. Even if the number of amino acids in a protein is reduced to 20, then the number of possible combinations for the synthesis of such a protein will be 10¹⁸, which is an order of magnitude greater than the number of seconds of the Earth’s age of 4.5 billion years (1.42×10¹⁷sec).

Thus, evolution simply did not have time for such manipulations with combinations of amino acids. The same applies to the sequence of nucleotides in DNA.

The DNA chain that controls the protein contains thousands of nucleotides of 4 types. This means that a series of a thousand nucleotides can be built in 4¹⁰⁰⁰ variants, and this number is incomprehensible. The DNA molecule is highly ordered and complex, and the slightest random changes cause irreparable harm to it. Any mutation is a breakdown in the work of genes, which does not lead to an improvement in the species, but vice versa. When new cells are formed, our bodies copy the DNA of old cells. Therefore, as a result of mutations, new information cannot be added to the DNA molecule.

From the time of Charles Darwin to the present day, there has not been a single case when, through natural selection, one species has turned into another. Over 60 years of genetics, fruit flies are propagated to prove the theory of evolution, but so far not a single new species has been bred, and even an enzyme. This also applies to humans.

With the development of genetics, the fact of artificial gene intervention in the human population becomes more and more obvious. The priests of science did not come up with anything better than to say that there are no races on Earth, because 99.9% of the genome is the same for all people. Given that a person has 3 billion base pairs, then 0.1% is 3 million individual differences in the nucleotide sequences in genes, and this is a lot.

According to alternate history, such substitutions were made by the “gods”, who ruled this world. In order to dominate their people, they divided them by languages, which just served as the basis for the biblical story about the Tower of Babel.

According to the “Old Testament” people built the highest tower in the world, going to heaven, but God decided to prevent this and separated them, giving them different languages.

There is also scientific evidence for this myth. Recently, scientists discovered a gene responsible for speech, and it was revealed that it is not a legacy from the more ancient ancestors of Homo Sapiens: Neanderthals; which speaks of the artificiality of its implementation.

The development of modern genetic engineering proves that such changes are not mere fantasy. Today, scientists are creating transgenic animals that have been implanted with the genes of other organisms.

With the development of CRISPR-Cas9 genetic scissors technology, such modifications can be carried out in conventional laboratories. The meaning of this technology lies in the fact that a special enzyme is introduced into the edited organism, which cuts sections of DNA with the structure that the researchers have programmed in a targeted manner.

The cell, recognizing this cut as damage, tries to repair it, but with these changes already made. Thus, researchers get a genetically modified organism, and in order for this modification to be fixed in the next generations, they make such changes at the level of germ cells.

But even more progressive changes at the DNA level can be made at the level wave genetics. This method involves making changes to DNA at the informational level. It was studied back in 1974 by Jian Kanzhen, a Chinese biologist. With the help of the equipment he created, he was able to encode DNA information from the object under study and send it to another. In one of the experiments, he acted with the melon information field on sprouted cucumber seeds. The grown cucumber seeds tasted like melon. Moreover, such changes in the genome could be transmitted from generation to generation.

Kanzhen also conducted an experiment during which he influenced the information field of a duck on 500 chicken eggs. As a result, hens with duck characteristics appeared: they had webbed feet, a duck head shape and an arrangement of eyes.

Here it should be noted that achievements and experiments in the field of genetics are carried out in closed lobbies and research institutes. We can review only some of them, which for some reason became known to us.

So, at the end of 2018, Professor He Jiankui announced the birth of the first genetically modified children in China. Changes in the genome of twin girls were made using CRISPR/Cas9 molecular scissors. This is not an isolated case of human genetic modification, as evidenced by the fact that in 2022, WHO released new guidelines for editing the human genome. If they talk about it so openly, then someone is diligently and painstakingly working on it, and we do not know his motives and goals.

Studying the achievements of modern science in the field of genetics, we understand how extensive knowledge in this area the Atlanteans possessed.

This is precisely the answer to the question of why they appeared at the same time contrary to the evolutionary mechanism, when all changes had to occur gradually. In the time of Atlantis, science reached such a stage of development when they could make changes at the genetic level, and it was then that this civilization was sunk and destroyed.