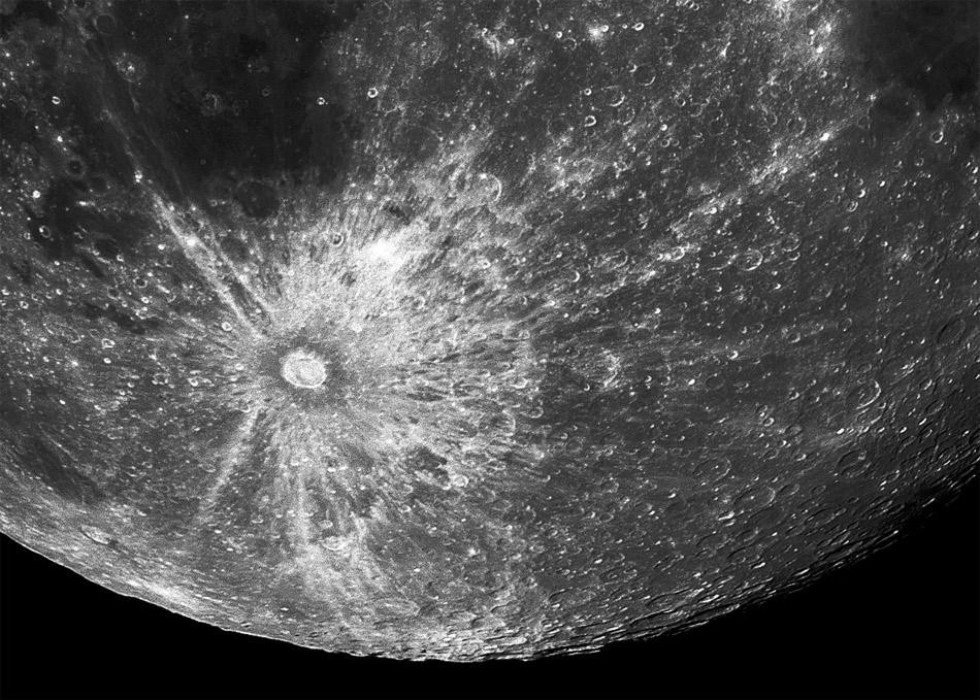 Scientists recently voiced the hypothesis that the Moon arose billions of years ago as a result of of the Earth’s collision with a large celestial body. As it turns out, the model of our scientists about the origin of the Moon has little in common with the real processes taking place in the Cosmos.

We already know that in the Universe nothing happens by itself, everything has a reason for its existence and its purpose, and therefore an explanation.

The moon really did not appear near the Earth immediately, and its appearance is directly related to the emergence of mankind on Earth. That is, the Earth existed alone for many billions of years, then vegetation, fauna, and then the first race of people appeared on it. After the first race, there was a need to create such an object as the Moon.

The Higher ones say that the Moon was designed and assembled as a minor planet by the specialists of the Higher Material System. That is, we must understand that at first it did not belong to the solar system. Its Beings from the same material System, after being assembled, were transported to the Earth in finished form, here it was “installed” into orbit, and put into operation.

There were no random collisions of space objects with the Earth. The moon, as a satellite of the Earth, was decided to be assembled and put into operation after analyzing the operation of the entire solar system, after the appearance of the first race of people. It was as always: information processing, calculation, design, assembly, installation and launch of the object into operation. From this we can understand that since the Moon was specially designed and assembled, it is a planet-mechanism.

Why was the moon created?

It turns out that there are several functions that it performs.

The main reason for the creation of the Moon, as mentioned above, was the appearance of humanity on Earth, or rather its first race. The number of people began to grow, they began to spread across the Earth, which means that the amount of energies that mankind produced also increased. But the person turned out to be a very emotional being, and began to give energies of slightly different types that were originally programmed. Therefore, the Higher Creators have a need to collect these energies and purify them. This problem is just being solved by the Moon now.

The next task that the Moon solves is to maintain the rhythms of the Earth. Since the Moon is a machine, it works in a certain predetermined mode, producing such waves that set a certain rhythm necessary for the Earth and the life of people on it.

It must be understood that each planet-organism, such as the Earth, lives in its own rhythm. In order for the Earth not to stray from it, such a mechanism as the Moon was additionally introduced to maintain it for a long time, so that there would be no attenuation or any malfunctions.

Also, do not forget about the change in the water level in the World Ocean, which is caused by the Moon, about the tides on Earth and their impact on the flora and fauna.

The fact that the Moon is turned all the time to the Earth on one side is also not an accident. It’s all about the equipment, which is located on the side turned to the Earth and is on a subtle plane. This equipment is needed to work with the Earth, to control it. There are devices for performing various measurements, for pumping energies, for their transformation, for adjusting the balance.

Precisely because these instruments and equipment must always be directed towards the Earth, they must always be located in only one direction, the Moon is “fixed” so that one of its sides is always turned towards the Earth. We must understand that different communication lines run between the Earth and the Moon, energy conduits are stretched, and other subtle-level equipment is located.

It should be noted here that the Moon receives both negative and positive energies from people, which means that there are also corresponding energy storage facilities on it.

Thus, the Moon receives all the energy from the Earth, only on the satellite it is cleared and sent further – to other planets of the solar system.

There is such a nuance here: the Earth directly receives different types of energies from other planets, but itself transfers its energy only through the Moon, on which it is purified.

Further, the energy passes its way through different planets of the Solar system and is accumulated by the Sun, and then it goes further, as the total energy of the entire system, for the needs of the Higher hierarchical Systems, to support the life of other worlds, other planets.

Life on the moon

Yes, there is a small civilization on the Moon. Very little is known about this civilization. This is not a physical civilization, but an energy one, that is, it is on a different plane of existence. These creatures have a form similar to humans, but different from us. They do not have a sexual division into male and female individuals, as in animals or people on Earth, that is, they have only one type by construction.

This civilization is at a higher level of development than humanity, so they are entrusted with watching over humanity, controlling and patronizing it. In the Cosmos, each Higher world necessarily leads and takes care of the lower one, therefore the Higher Essences are Teachers for the Essences located in the lower world. This is one of the Laws of the Universe – the Higher Levels must control the lower ones.

More about the Moon

It must be said that it is a hollow object with a peculiar atmosphere inside, that supports the existence of its civilization.

The main tasks that this civilization performs are the maintenance of the satellite itself in working order, as well as the work of all the equipment located on the Moon. So it can be clarified that all devices, equipment, energy storages and service personnel are located inside the Moon, but not on the physical plane, but on the subtle one.

In addition, the lunar civilization is engaged in certain work with the Earth. This is not only the control of humanity and work with the energies coming from the Earth, but various experiments are also being conducted here, energy flows between the Earth and the Moon are regulated, and the required energy balance is maintained.

It can be added that on the other side of the satellite, the one invisible from the Earth, there are all sorts of buildings and complexes associated with the way of life of this lunar civilization.

And in conclusion, let’s say a few words about why the Moon, especially on a full moon, has a strong influence on some people, on their psyche?

The influence of the Moon on the human psyche is directly related to its work with energies. As mentioned above, the Moon is a planet-mechanism, therefore it works in its own mode, producing some energy waves. When these waves in power begin to exceed some parameters of the human body, for example, on a full moon, this can affect his mental state.

The full moon is one of the modes of operation of the moon, when the maximum amount of energy begins to flow from it to the earth. The fact is that during the period of the full moon there is the greatest processing of energy received from the Earth, and transfer to other planets. Part of the energy is reflected from the surface of the moon and returns to the earth. This energy, or rather its power, has a great effect on people who are at low levels of development, and people with weak energy protection.

Everything depends on the energy potential of a person and the energies coming from the moon. It is clear that if a person’s potential is less than that of these energies, then this can greatly affect his psyche.

In conclusion, we can assume that many people will perceive this information as some kind of fiction or fantasy. But the Higher Ones know this, therefore they say:

“Of course, there is no point in revealing all the secrets to a person, his consciousness is not yet ready to perceive many truths, therefore We reveal only a small part of them.”

So the fact that people still know so little about the world around us largely depends on the degree of our readiness to accept and realize many Higher truths, many of which seem to us just a fantasy.