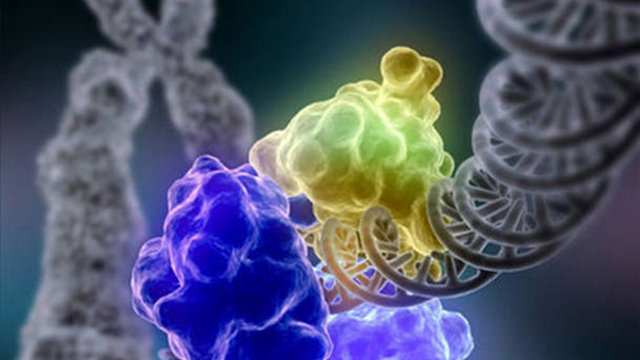 The idea of treating genetic diseases by replacing a defective gene with a working copy has been around for nearly three decades, but the road to creating an actual therapy that’s safe and effective has proven to be a long and difficult one. Now, thanks to the efforts of the Dutch biotech company uniQure, the Western world’s first therapy to correct errors in a person’s genetic code has finally been approved. While the therapy is extremely expensive and limited to a rare genetic disorder, the approval is set to open the door for similar interventions.

The drug is called Glybera and it’s intended for the treatment of a genetic disorder called Lipoprotein Lipase Deficiency (LPLD), a rare, inherited disease that makes it impossible to metabolize fatty acids found in blood — what results in inflammation of the pancreas. The disorder affects about 1 in every one million people.

And as mentioned, the new drug ain’t cheap: Each treatment is expected to cost 1.2 million euros ($1.6 million) per patient — what is a new cost record for a single medicine. Despite this, the company feels justified in giving the product such an exorbitant price. Speaking to Reuters, company CEO Joern Aldag argued that more treatments will soon follow, and that the high price was warranted given that the therapy restored natural body function, and not just a short-term fix.

“This provides higher benefit to patients than the classical protein replacement strategy and this is why we think we should be fairly and adequately compensated,” he told Reuters.

Needless to say, it will be difficult (if not impossible) for patients to afford these treatments, which is why uniQure will be working with European governments on potential pricing strategies (including payment plans). The European Commission gave uniQure its consent to start selling Glybera next summer.

Glybera works by introducing a normal, healthy LPL gene into the patient’s body so that it can make functional LPL protein. The LPL gene is packaged in a delivery vector derived from adeno-associated virus (AAV), serotype 1, which has a natural propensity towards muscle cells.

The company is also currently working on regulatory approval for Glybera in Canada and the United States.

In future, it’s thought that similar therapies will be able to remedy other genetic disorders, including Severe Combined Immunodeficiency Disorder (the so-called “bubble boy” disease).

It’s worth noting that Glybera is not the world’s first gene therapy drug. Back in 2003, China’s Shenzhen SiBiono GeneTech won approval for a gene therapy drug for head and neck cancer (though not for use in Europe or North America).

The great American futurologist Alvin Toffler gives a chance to the countryside. His prediction is that the countryside will be covered by a network...