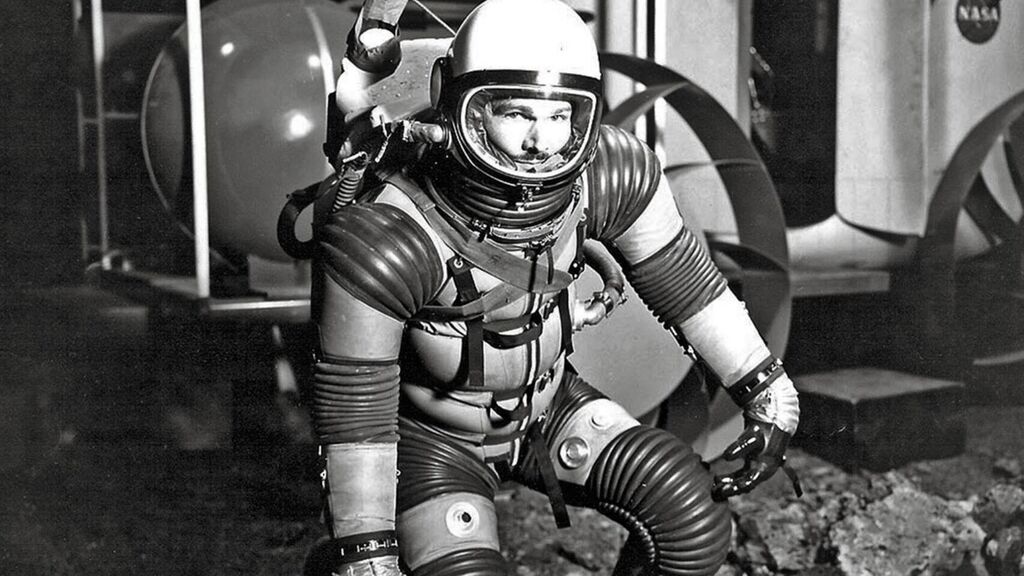 Eugene Shoemaker was unable to go to space due to an illness, but NASA honored him by making him the only man “buried” on the moon.

It is possible that in July 1969, when the Apollo 11 reached the moon and Neil Armstrong has taken his first steps on the satellite, someone has imagined that in the following decades there would be human settlements up there.

Over half a century later, we are far from something like this happening. However, there is already a man whose remains rest forever among the lunar craters and dust.

We speak of Eugene Shoemaker, born in Los Angeles (United States) in 1928, a scientist who deserves to be known not only for the uniqueness of his last home, but for all that contributed to the knowledge of life.

In fact, some consider him the founder of astrogeology because he showed that many landforms, both Earth and other celestial bodies, were not ancient volcanoes but the result of a meteor impact.

It started at Barringer Crater, located in Arizona. After studying physics, he dedicated his doctoral dissertation to prove that it was formed 50,000 years ago.

The presence of Coesite and Stishovite gave him the clue: a meteor had caused that huge hole, as some had suggested but no one had been able to prove.

From then on, he inaugurated and began directing the USGS Astrogeological Research Program (United States Geological Survey) in 1961.

As the moon was full of craters to study, Shoemaker entered the Apollo program and participated in astronaut training. The idea was that he could instruct them on the kind of rocks that would be found when they reached the satellite.

Apparently, he himself was on the list of possible candidates to become an astronaut, take a walk on the moon, and collect samples that interested him, according to his criteria as a geologist. However, an illness crossed his path and thwarted these plans.

He was diagnosed with Addison’s disease, a rare disorder that occurs when the adrenal glands at the top of each kidney do not produce enough hormones.

Shoemaker then trained his disciple Harrison Schmitt to make the trip and collect lunar geological samples. Schmitt became the twelfth and last man to set foot on the moon, and the first scientist to do so, since all other astronauts were pilots and engineers.

In analyzing the craters, he studied the asteroids that caused them.

Since 1969, he has devoted himself to this task at the California Institute of Technology and one of his greatest successes came decades later, when in 1993 he became the co-discoverer of comet Shoemaker-Levy 9, which a year later struck Jupiter.

It was the first time the impact of a comet on a planet was observed. An extraterrestrial collision between Solar System objects had never been directly seen.

The other co-discoverers were his wife, Carolyn Shoemaker, and astronomer David Levy.

Eugene Shoemaker died in a car accident in Australia in 1997, but his story does not end here.

NASA wanted to acknowledge his great contributions to science and the space program, so it included its ashes in the Lunar Prospector space probe launched in space in 1998.

After collecting data orbiting the moon, it landed in a controlled manner against its surface on July 31, 1999. Presumably, the impact did not cause a large crater, but scattered its remains.

According to publicist Miguel Artime, Shoemaker’s ashes were in a small polycarbonate capsule with his name engraved.

In addition, he was accompanied by an image of comet Hale-Bopp and another of the Arizona crater with which he had started his career. He has shown that to understand the things below, sometimes one has to look up there.

Advertisement. Scroll to continue reading.
In this article:Eugene Shoemaker, moon