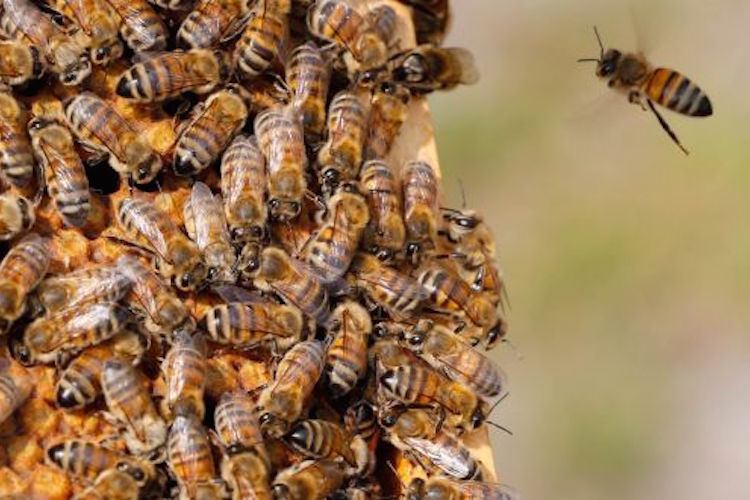 In light of growing scientific evidence linking certain insecticides known as neonicotinoid insecticides or neonics to rapidly collapsing bee populations, the European Union voted to place a permanent ban on virtually all use of these bee-killing toxins.

The decision to vote on the ban came shortly after the European Food Safety Authority announced that after conducting a major review of more than 1,500 studies relating to neonicotinoids, the council had decided that the pesticides clothianidin, imidacloprid, and thiamethoxam all pose a significant risk to wild bees and honeybees.

Under the new law, the three main neonics cited in the study will only be allowed in “permanent greenhouses” away from any possible contact with wild or domestic bees. The rules are set to take effect around the end of the year and build on current restrictions from 2013.

“Most uses of neonicotinoid pesticides represent a risk to wild bees and honeybees, according to assessments published today by EFSA. The Authority has updated its risk assessments of three neonicotinoids – clothianidin, imidacloprid and thiamethoxam – that are currently subject to restrictions in the EU because of the threat they pose to bees.” – European Food Safety Authority

Although their conclusions vary depending on the type of bee and form of exposure, the EFSA states that the insecticides pose a clear “overall” risk to wild and domestic bee populations. Wild bees such as bumblebees were also taken into account in the study, however the largest available information was on honeybees.

“Bees can be exposed to neonicotinoids in multiple ways, depending on the use of the pesticide. The assessment indicated that in many cases bees foraging on the treated crop in the field as well as in its vicinity are likely to be exposed to harmful levels of the neonicotinoid pesticides.” – EFSA

Although the ban has been widely well-received, some are wondering how farmers will manage without these pesticides to fall back on. Sandra Bell, bee campaigner for Friends of the Earth Europe argues that the ban will encourage independence from the use of harmful chemicals and pesticides.

“Many farmers are already successfully growing crops without neonicotinoids. But too many other damaging chemicals and practices are still used. Farmers need more support from the European Commission and national governments to farm with nature – not against it.” – Sandra Bell

Having campaigned for years to end the use of these pesticides, environmental activist groups are touting the ban as a “groundbreaking” and “historic” win, while hoping that it will inspire other countries to begin restricting the use of bee-killing pesticides as well.

Vytenis Andriukaitis, a European Councilman who voted in favor of the bill, tweets his approval of the new ban for protecting biodiversity and the environment in Europe.

“Plenty of lovely bees at #Schuman today. Happy that Member States voted in favour of our proposal to further restrict the use of active substances #imidacloprid #clothianidin #thiamethoxam known as #neonicotinoids ! Vital for #Biodiversity #FoodProduction #Environment” – Vytenis Andriukaitis, European Commission Councilman in charge of Health and Food Safety

Critics of neonics are also wondering how their movement will be affected by Trump’s current administration and EPA, which has tended to side with businesses rather than environmental protections.

“The EU’s wisdom highlights the Trump EPA’s folly. Although U.S. beekeepers reported catastrophic losses again this winter, and just in this past week the EPA closed a comment period on another suite of damning neonicotinoid risk assessments, rather than banning these dangerous pesticides, the agency is actually considering increasing the use of neonics across another 165 million acres.” – Lori Ann Burd, director of the Center for Biological Diversity’s Environmental Health Program

Regardless of what is happening in America, Europe is now seeing what Lori calls a “science-based regulation of pesticides” which will likely cause a ripple effect throughout much of the world.

This article (EU Approves ‘Historic’ Ban on Bee Killing Pesticides) was originally created and published by Waking Times and is published here under a Creative Commons license with attribution to Phillip Schneider and WakingTimes.com. It may be re-posted freely with proper attribution, author bio, and this copyright statement.

In this article:bee populations, neonicotinoids