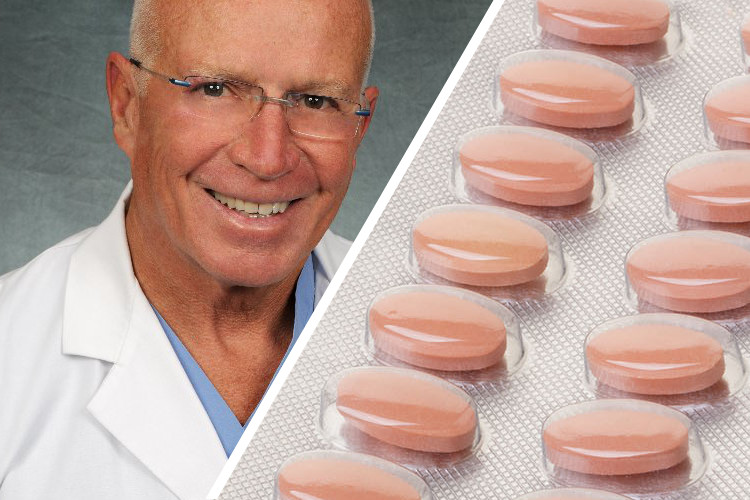 A physician’s word is often taken very seriously and with little skepticism. An opinion from one or two doctors, when made in a professional office or hospital, can persuade a worried patient to take drugs with complex side-effects, or even undergo traumatic treatments such as radiation and chemotherapy. Yet, when the same doctors, with years of experience and thousands of satisfied customers, give an opinion that questions a therapy established by mainstream medicine, the mainstream media calls them irresponsible, or quacks, or even criminals.

Many doctors are highly admirable people, but they are still human beings. They all make mistakes, they all learn from them, but the really good ones are willing to admit to them.

Which brings us to Dr. Dwight Lundell. He’s an experienced heart surgeon and retired Chief of Staff and Chief of Surgery at Banner Heart Hospital in Mesa, Arizona. Not so long ago, Dr. Lundell made the following statement of confession:

“We physicians with all our training, knowledge and authority often acquire a rather large ego that tends to make it difficult to admit we are wrong. So, here it is. I freely admit to being wrong. As a heart surgeon with 25 years experience, having performed over 5,000 open-heart surgeries, today is my day to right the wrong with medical and scientific fact.

I trained for many years with other prominent physicians labeled “opinion makers.” Bombarded with scientific literature, continually attending education seminars, we opinion makers insisted heart disease resulted from the simple fact of elevated blood cholesterol. The only accepted therapy was prescribing medications to lower cholesterol and a diet that severely restricted fat intake. The latter of course we insisted would lower cholesterol and heart disease. Deviations from these recommendations were considered heresy and could quite possibly result in malpractice. It Is Not Working!

These recommendations are no longer scientifically or morally defensible.”

Not surprisingly, Lundell’s statement regarding the medical establishment’s approach to treating heart disease caused a ripple in the medical industry. It challenged the validity of statins – commonly known as cholesterol-lowering medications – such as Lipitor, Crestor, Zocor, and others.

The reason Lundell’s statement created such a buzz is because  are big business. In the United States alone, about 25% of the population takes statin medications. They cost from as little as $53 per month to more than $600. Pfizer’s Lipitor went on sale in 1997 and its lifetime sales have surpassed $125 billion. AstraZeneca’s Crestor was the top-selling statin in 2013, generating $5.2 billion in revenue that year alone. The statin industry is estimated at around $30 billion in sales per year. Nevertheless, in the United States, more die each year of heart disease than ever before.

Lundell went on to say:

“The discovery a few years ago that inflammation in the artery wall is the real cause of heart disease is slowly leading to a paradigm shift in how heart disease and other chronic ailments will be treated. The long-established dietary recommendations have created epidemics of obesity and diabetes, the consequences of which dwarf any historical plague in terms of mortality, human suffering and dire economic consequences.

I have peered inside thousands upon thousands of arteries. A diseased artery looks as if someone took a brush and scrubbed repeatedly against its wall. Several times a day, every day, the foods we eat create small injuries compounding into more injuries, causing the body to respond continuously and appropriately with inflammation. While we savor the tantalizing taste of a sweet roll, our bodies respond alarmingly as if a foreign invader arrived declaring war. Foods loaded with sugars and simple carbohydrates, or processed with omega-6 oils for long shelf life have been the mainstay of the American diet for six decades. These foods have been slowly poisoning everyone.”

Simply, it is the foods that are baked or soaked in soybean oil and ones that are processed for long shelf-life that are creating an extreme imbalance of omega-6 and omega-3 fats in people’s bodies. Lundell estimates the ratio of imbalance “ranges from 15:1 to as high as 30:1 in favor of omega-6.” A healthy ratio is closer to 3:1.

But what makes Lundell’s statements controversial is that cholesterol does not cause heart disease…which makes statin drugs superfluous. And he suggests a treatment to heart disease that doesn’t make Big Pharma any money:

Since we now know that cholesterol is not the cause of heart disease, the concern about saturated fat is even more absurd today. The cholesterol theory led to the no-fat, low-fat recommendations that in turn created the very foods now causing an epidemic of inflammation. Mainstream medicine made a terrible mistake when it advised people to avoid saturated fat in favor of foods high in omega-6 fats. We now have an epidemic of arterial inflammation leading to heart disease and other silent killers. What you can do is choose whole foods your grandmother served and not those your mom turned to as grocery store aisles filled with manufactured foods. By eliminating inflammatory foods and adding essential nutrients from fresh unprocessed food, you will reverse years of damage in your arteries and throughout your body from consuming the typical American diet.”

It probably comes as no surprise that Lundell has been portrayed as a quack by the mainstream medical establishment. The main argument to back up his “quackery” was that his medical license was revoked in 2008…although the man was already retired and had no plans to return to the surgery room. He was not called a quack when he was performing surgeries, but once he took his 25 years of practice and discerned what he believes is the cause of heart disease, it was then that he was attacked by his peers. Which brings up the question if Lundell came onto the American Medical Association’s radar as he was working on and promoting his book, The Cure for Heart Disease, which was published in 2007.

Millions of dollars are made from heart disease treatment and statin medications. This established industry does not want anyone to interfere. Lundell said it himself, “Deviations from these recommendations were considered heresy and could quite possibly result in malpractice.” And it sure is easier to discredit a retired heart surgeon and chief of surgery with 25 years of experience if you revoke his license.

This article (Esteemed Heart Surgeon Blows the Lid Off the Big Pharma Statin Drug Scam) originally created and published by Waking Times and is published here under a Creative Commons license with attribution to Alex Pietrowski and WakingTimes.com.

In this article:mainstream medicine, statins