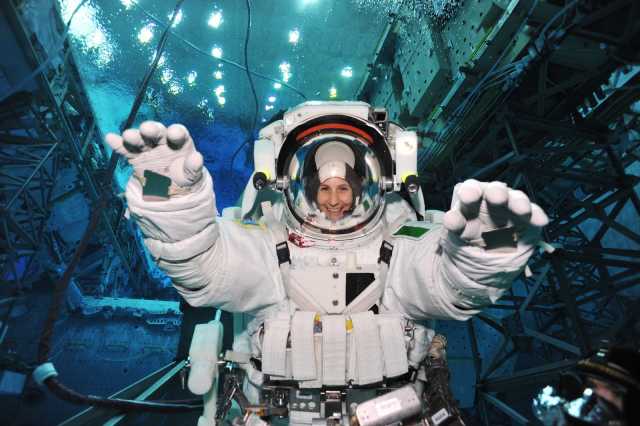 Here we have ESA (European Space Agency) Astronaut Samantha Cristoforetti preparing to dock with the space station when a brilliant orange light suddenly begins to reflect off of the solar panels of the pod and what Samantha sees both shocks and awes her. You can hear her voice in the video. She saw something powerfully lit up that came to greet her. A glowing UFO must have appeared near her to say welcome. As you all know, sightings of UFOs at the space station is a weekly event. Sometimes so close its docked to the station and other times far in the distance.

Astronauts are prepared for everything and are always the toughest and most fearless of the pick. The only thing that could cause such a emotional reaction from a tried and true astronaut would be a close up encounter with an alien craft. Listen to her voice. She was blown away! SCW

“For now, I will tell you another time, which was so lucky and unexpected.” (Then later states). “As I turned to look out at the beginning I looked back and saw one of the solar panels of our Soyuz. Then my eyes caught something in your peripheral vision. And as I turned around slowly, when I realized what I was seeing, I was overwhelmed by sheer amazement and joy: the Space Station was there but it was not just any views. The enormous solar panels were inundated with a blaze of orange light, vivid, warm, almost alien. I could not help but exclaim something out loud, you can probably hear in the recordings of our docking [retail 4:34 in the video-Translator’s note], because at that point we were at “open mic” with Mission Control. Anton reminded me of it, and so I tried to contain my amazement and return to the monitoring of docking. When I peeked again later, the orange glow was gone.”