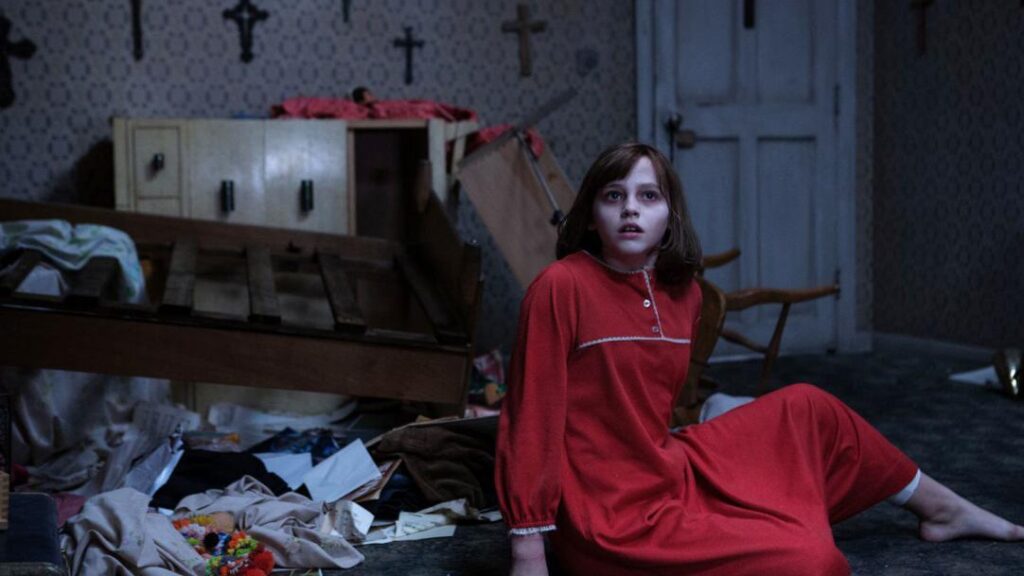 The Enfield Poltergeist is still considered a mystery, but experts on the unknown do not get tired of trying to solve it.

Fans of horror probably watched the movie “The Conjuring 2”, as well as the series “The Enfield Haunting,” but they hardly know that these on-screen horrors are based on an absolutely real story. A series of paranormal events took place in the city of Anfield in 1977. The poltergeist, who terrorized a single mother and her children, was shot on photo and video equipment, but this did not help to get closer to his solution. It all started when the children of Peggy Hodgson – 13-year-old Margaret, 11-year-old Janet, 10-year-old Johnny and 7-year-old Billy – began to complain to their mother that the furniture in their rooms moves at night. At first, the mother considered this a childhood fantasy, but when she saw how the heavy chest of drawers moved away from the wall by itself, and then fell into place, she had to believe in the incredible. Neighbors came to them – the first witnesses of inexplicable phenomena.

Experts came to understand the strange events and captured the frightening tricks of the poltergeist. The mysterious something that lived in the house was rampant more and more – things flew around the rooms, dishes hit the walls, little Janet was thrown into the air. The cries of children and the fright of those present seemed to amuse the invisible joker. And his tricks became more and more meaner and meaner. Janet was especially hit. She now and then fell into a trance and spoke in other people’s voices. All this was recorded in the most conscientious manner in the photo and video. Researchers who first encountered such a clear and aggressive spirit did not know how to help the Hodgson family. After a year and a half, the poltergeist calmed down, and since then has reminded only in the nightmares of the younger members of the family. But things no longer flew, and the furniture did not move.

The “favorite” of Poltergeist Janet, even having matured, recalled with trembling that period of her life.

In this article:Enfield Haunting, Enfield poltergeist