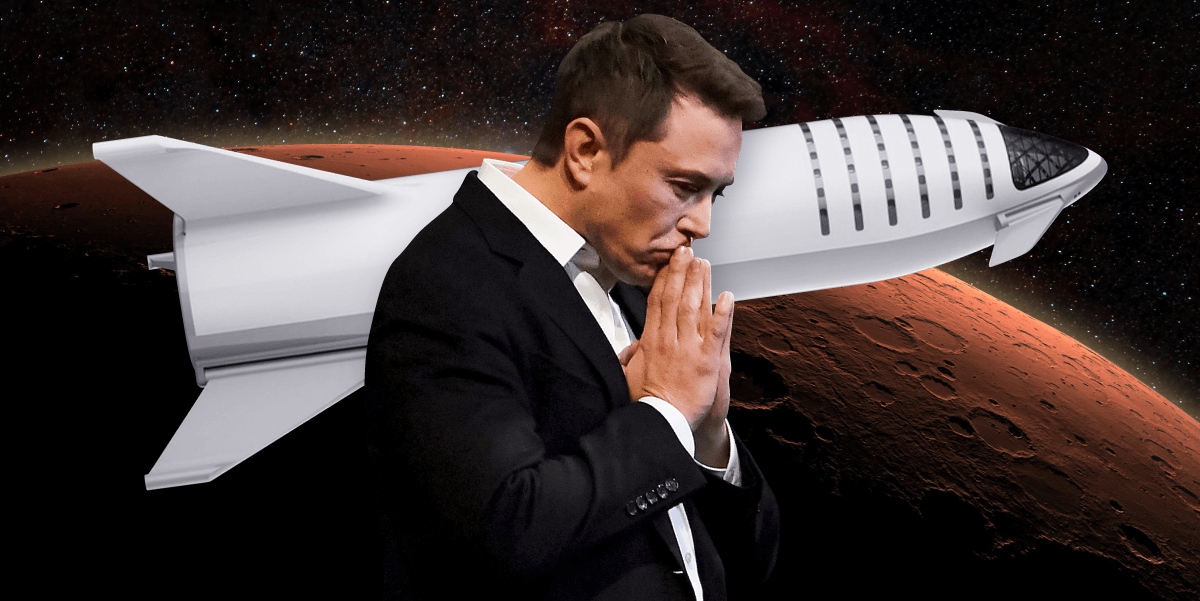 Elon musk, the tycoon and businessman, has surprised once again by tweeting that he will take a million people to Mars by 2050.

In several tweets released on Thursday night, the CEO of Spacex, the company that develops cutting-edge rockets, disclosed more details of its plan to colonize Mars.

As previously indicated, Musk said that in theory, 1,000 spaceships could possibly carry 100,000 people in each orbital synchronization of Earth with Mars.

According to Musk, the ships would depart from Earth following an orbit in a period of 30 days, taking advantage of the moment when the Earth and Mars are better aligned to make the trip, that is every 26 months.

Musk imagines that these ships will depart from Earth’s orbit for a period of 30 days, the time window when Earth and Mars are better aligned to make the trip, every 26 months.

One million people to Mars

One of the users of Twitter asked Musk, if he thinks he could take a million people to Mars, taking into account the equivalence of years and possible trips; Musk simply answered with a “yes”.

Musk said he will need his rockets to have a large load capacity to meet the goal of building a colony on Mars or on another planet.

Calculations indicate that each ship could support more than 100 tons per flight, resulting in the need that each ship might need one megaton per year in orbit, Musk indicated.

But overcoming the difficult and long journey, and once humans reach the red planet, Musk says that the work will begin.

There will be many jobs to do. ”

Although for now, everything is based on theories and calculations, the engineers of Spacex They must work hard in these missing decades to achieve Elon Musk’s dream goal: colonize Mars.