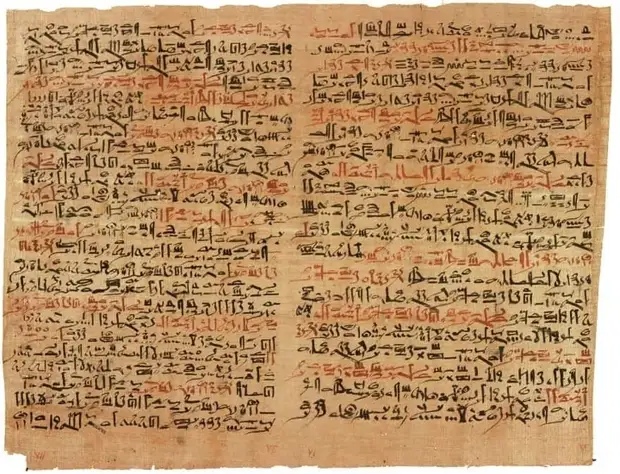 Ancient Egyptian papyri contain a lot of information about what happened thousands of years ago. Ufologists consider the information contained in the Tulli papyrus especially interesting, since there is information about observations of celestial objects.

1933 is famous for the incident that happened to the director of the Vatican Museum, Alberto Tulli.

In an antique shop in Cairo, he discovered a relic of antiquity. It was papyrus with hieroglyphs inscribed on it. The cost of the papyrus was very high and he could not redeem it. Then he agreed with the store owner and copied it.

When the translation of the ancient document was carried out by the famous Egyptologist Boris Rachewiltz, it turned out that it contains a fragment of an ancient Egyptian instruction. This papyrus corresponds to the time of the reign of Amenhotep, who lived from 1514 to 1493 BC.

It described that during the twenty-second year, a large spherical body of fire appeared in the air. It flew soundlessly near the palace walls, stretching for about forty-six meters.

By order of the Pharaoh, all scribes had to observe the unusual phenomenon and write everything down.

After several days, many very brightly glowing balls appeared in the sky. They moved erratically. After their disappearance, birds and fish began to fall from the sky.

In ancient Egypt, scientists recorded the appearance of meteorites and other space objects, observed the stars and the phases of the moon. Therefore, we can conclude that this was an abnormal phenomenon.

The secret disappearance of papyrus

This information can be questioned, since a copy of the document was translated. The original disappeared along with the antique shop. When Director Tulli died, there was no copy in the museum either.

The Vatican has many secret archives that scientists do not have access to. Therefore, the described phenomenon is either destroyed or hidden from humanity. There is a version that this is a translator’s fantasy but Rachewiltz was a very authoritative scholar and he could hardly have faked the translation.

That said, in the absence of evidence, notably the unavailability of the original papyrus, the Tulli Papyrus will remain a mystery and fodder for speculations for the conspiracy theorists for the years to come. The mysterious appearance of unusual space objects in Ancient Egypt remains unexplained.

In this article:Tulli Papyrus, Vatican Museum