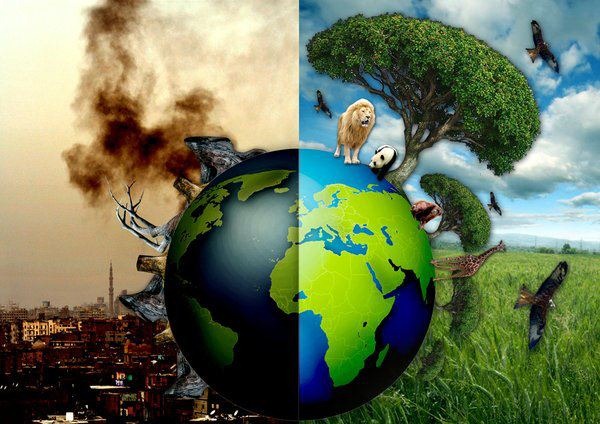 By the year 2020, the eco-fascists hope to make ecocide the ultimate crime against the planet. With the green economy installed, and the mandates of Agenda 21 firmly in place, the only thing left to do is criminalize the entire human race. And ecocide promises to be the definitive “crime against peace”.

Ecocide is defined as “the extensive damage to, destruction of or loss of ecosystem(s) of a given territory, whether by human agency or by other causes, to such an extent that peaceful enjoyment by the inhabitants of that territory has been or will be severely diminished.”

Yet the proposed explanation of ecocide is vaguely termed with phrases like:

The demonization of humanity is central to ecocide where human effects on the planet are classified as unsustainable and having irreversible consequences; hence requiring a criminal mandate that can be internationally enforced to protect the planetary boundaries of our world.

As a global law to be enforced by the UN, ecocide can enforce sustainable development under the control of the UN Environmental Program’s Green Economy.

According to the Green Economy Report, the “new millennium” demands a “new economic paradigm” which involves a world where a green economy replaces “environmental risk, ecological scarcities and social disparities.” The necessity of the engagement of the private sector is an imperative which includes “leveling the playing field for greener products by phasing out antiquated subsidies, reforming policies and providing new incentives, strengthening market infrastructure and market-based mechanisms, redirecting public investment, and greening public procurement.”

Securitizing fuel, food, water and the global financial system would drastically improve the global climate and biodiversity of which humanity is having “disastrous consequences”. And by 2050, the UN and the global Elite desire to have complete authority of all resources and control how those resources are doled out to the entire human population.

Nations like Ethiopia, South Sudan, Democratic Republic of Congo and Sierra Leone, in Africa have coerced signed agreements with multi-national corporations and foreign investors, allowing them to control agricultural land. The nation’s leaders believe that giving access to their resources will benefit their people; however this is just another manipulative ploy to coercively acquire control over land, food production and securitization.

The UN has enacted global guidelines on purchasing agricultural land from developing nations like Africa and Asia.

The UN claims that to secure equality for the poor and disadvantaged, this international body must control their lands through the allowance of mutli-national corporations and governments who will develop the land for agriculture and securitize the crop yields; thereby giving the UN control over the global food supply.

The document entitled “The UN Global Compact and the OECD Guidelines for Multinational Enterprises” outlines through “voluntary” means, the UN will implement their international guidelines with respect to corporate conduct, standards and abilities.

The UN decries that their voluntary code of conduct promotes equal rights for women by securitizing title to land. They also claim that they will give poor people access to their own land once they own and control it. And once the UN controls the land, they will enact “legal help” to settle disputes.

This document requires governments and local communities to adhere to UN rules with respect to business practices.

In 1992, the UN Sustainable Development Summit at Rio declared that in order “to achieve sustainable development and a higher quality of life for all people, States should reduce and eliminate unsustainable patterns of production and consumption and promote appropriate demographic policies.”

The Law of Ecocide promises to “prosecute those who destroy the planet.” And when made a legitimate legal mandate, alarmists and eco-fascisits will finally have the judiciary standing to unilaterally prevent any atrocities perpetuated upon the planet by corporation or individual.

While these fanatics complain that governments have yet to “intervene to make the destruction of our world a crime” the law enforcement and justice system of sovereign nations have their hands tied. With the advent of a global mandate, those nations would be forced to adhere to global governance and punish those found guilty by international law.

In Europe, the Green Party of England and Wales have given their “whole-hearted” support to ecocide – to be recognized as the international Crime Against Peace.

As it stands, with the UN Rome Statute, ecocide is not considered a crime against peace because those are defined as crimes of:

Defined in the proposed Ecocide Act, all nations, corporations and individuals would be “under the principle of superior responsibility” and legal obligation to “ensure their actions do not give rise to the risk of and/or actual extensive damage to/or destruction of or loss of ecosystem(s).”

International mandate would empower eco-fascists to hold any nation, corporation or individual accountable for damage to or loss of any ecosystem and determine the legal ramifications of such actions which would include imprisonment and costs to restore the destroyed area.

The legislation justifying this remedy would be the Proceeds of Crimes Act of 2002. In the name of good environmental governance, usurping authority over persons, corporations and nations for the sake of ensuring the viability of our planet’s future seeks to ensure the UN and their factions have their hand over our lives indefinitely.